‘Where the hell have you been?’ Tearful moment couple married 52 years are reunited after three weeks apart due to Covid

This is the heartwarming moment an elderly couple were reunited in hospital after being separated for three weeks due to Covid-19.

John Millar and Beatrice Millar, who have been married for 52 years, were forced to separate after Beatrice caught Covid and was rushed into hospital for four days.

But just days after she returned home, her husband John was taken into hospital after he became ‘really unwell’ with the contagious virus.

The couple were not able to see each other for three weeks while they recovered from Covid but were finally reunited on November 6 at a hospital in Dundee, Scotland.

Their granddaughter Danielle Mallaney filmed the adorable moment that the couple laid eyes on each other for the first time in weeks. 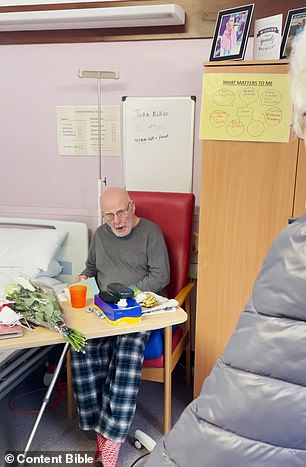 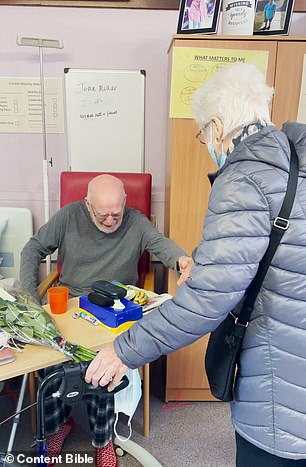 John Millar and Beatrice Millar, who have been married for 52 years, reunited after they were forced to separate for three weeks after they both caught Covid

The clip begins with Beatrice walking into the ward, where her husband sits on a chair reading his book, completely unaware of her arrival.

After spotting his wife, John holds out his hand to Beatrice before asking: ‘Where the hell have you been?’

An excited John pulls himself to his feet to greet Beatrice before sitting back down on his hospital bed so he is able to hug her.

The couple appear to be overwhelmed by their reunion as John breaks down into floods of tears as he holds his wife in a warm embrace.

Speaking about their separation, their granddaughter Danielle said: ‘My Gran caught Covid and was taken into hospital for 4 days.

‘A couple of days after she got home my Grandad got rushed into hospital with Covid and was really unwell. He is now on the road to recovery. 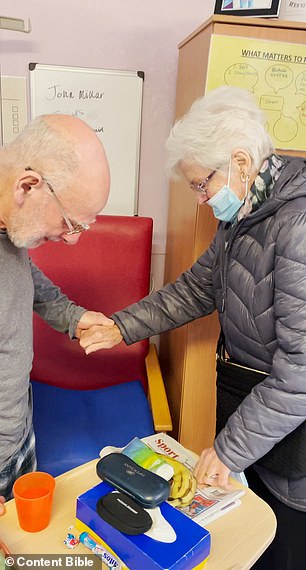 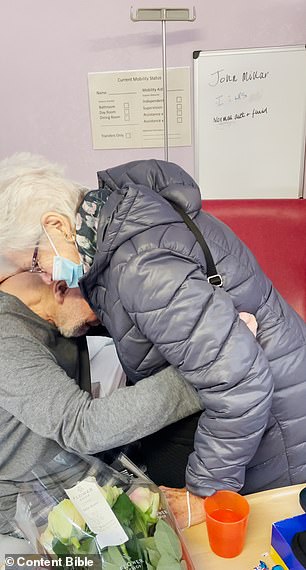 Their granddaughter Danielle Mallaney filmed the adorable moment that the couple saw each other for the first time in weeks, grabbing each other in a tight hug 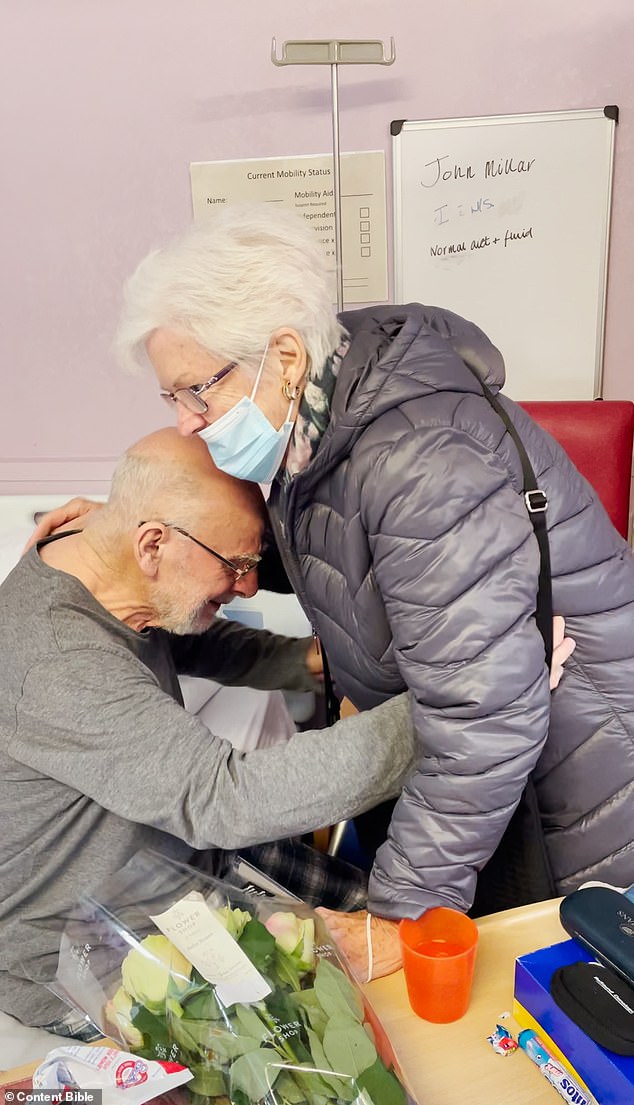 ‘They hadn’t seen each other for three weeks.’

After the footage was shared to Instagram, viewers were left in tears after watching the precious reunion, with some saying it was clear how much John needed to see his wife.

One person commented: ‘You could tell how grumpy or over being in that place and seeing his loved one just made everything better.’

Another said: ‘This is lovely.’

A fourth gushed: ‘True love… three weeks apart and look at their happiness.’

And a fifth penned: ‘Reminds me of my beautiful grandparents.’

While another quipped: ‘I’m not crying you are.’