Why posting a photo of your pet on Instagram will not see any more trees get planted, as organisers of viral campaign forced to make a grovelling apology

Organisers of a viral social media campaign that promised to plant a tree every time Instagrammers posted a photo of the pet have been forced to make a grovelling apology after millions of pooches were uploaded to the platform.

The trend began on Monday with the original post promising participants: ‘We’ll plant 1 tree for every pet picture.’

It was initially unclear who started the movement as nearly five million people around the globe flooded their Instagram Stories with photos of their furry friends.

On Tuesday, organisation Plant A Tree Co claimed responsibility for the original post but explained they had been forced to delete it after only ten minutes. 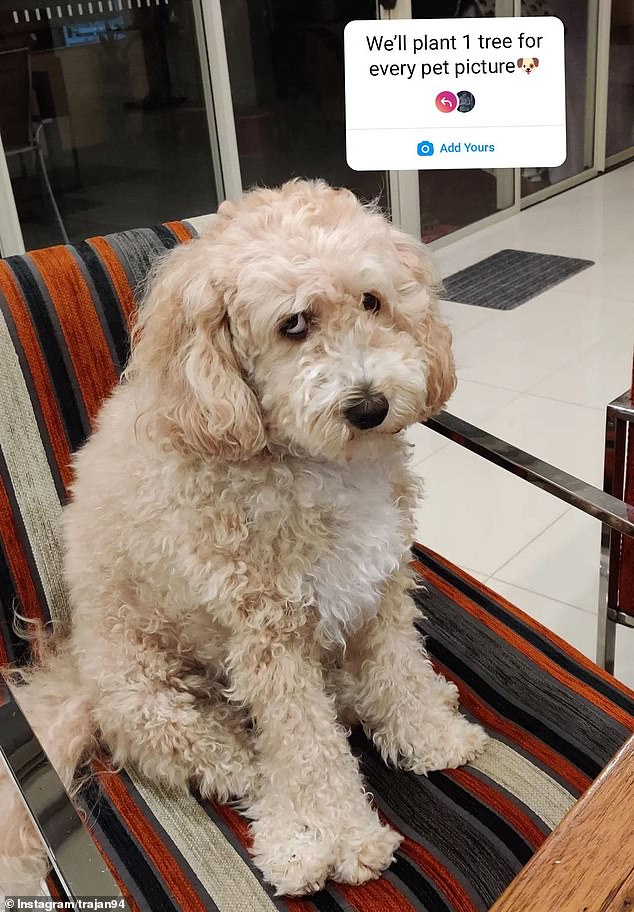 The creators behind a viral campaign that pledged to post a tree for every pet photo posted have admitted they don’t have the resources (pictured, a user takes part in the trend) 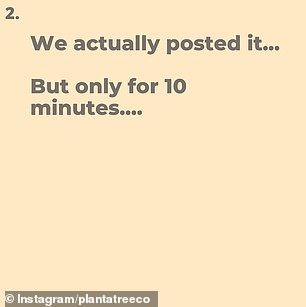 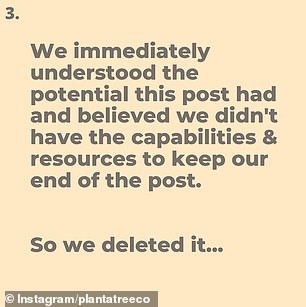 ‘We immediately understood the potential this post had and we believed we didn’t have the capabilities and resources to keep our end of the post,’ they said.

‘Though we deleted the post, it continued to spread through people’s stories, and through the power of the internet is now at four million shares.’

The US-based group claimed Instagram had ‘stripped’ them of the credit of starting the global campaign and was hiding their original message.

‘Though we don’t have the ability to plant four million trees, we can use this awareness to make a lasting impact,’ a statement promised.

Plant A Tree Co encouraged users who posted a photo of their pet to raise awareness of the fundraiser, so four million trees could actually be planted.

The group will aim to raise over $1.3million to plant the saplings after nearly five million internet users and counting got involved in the tree-planting campaign.

The organisation has only planted 6,500 trees since it was founded. 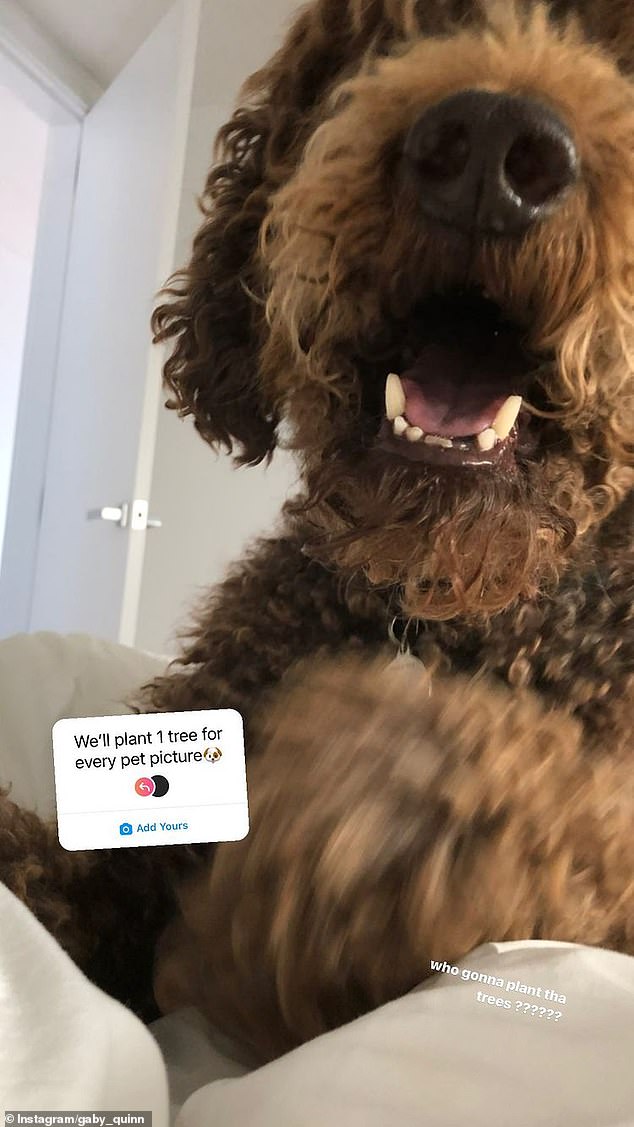 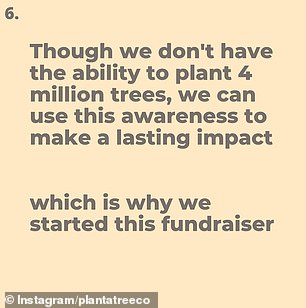 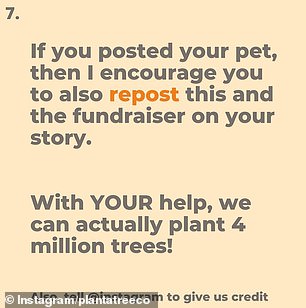 The organisation has since pledged to raise $1.3million to follow through on their promise to plant millions of saplings

Several users called on Instagram to plant the trees themselves.

‘Instagram, you definitely have the ability to get four million trees planted. Get it done,’ one woman commented.

‘Why doesn’t Instagram just plant the trees with all of the engagement they just earned instead?’ another agreed.

The trend came after the social media platform introduced a new feature called ‘Add Yours’ where users can reply directly to an Instagram Story with a photo.

The function allows users to add their own content to an existing sequence of photos and was only introduced to Instagram last week. 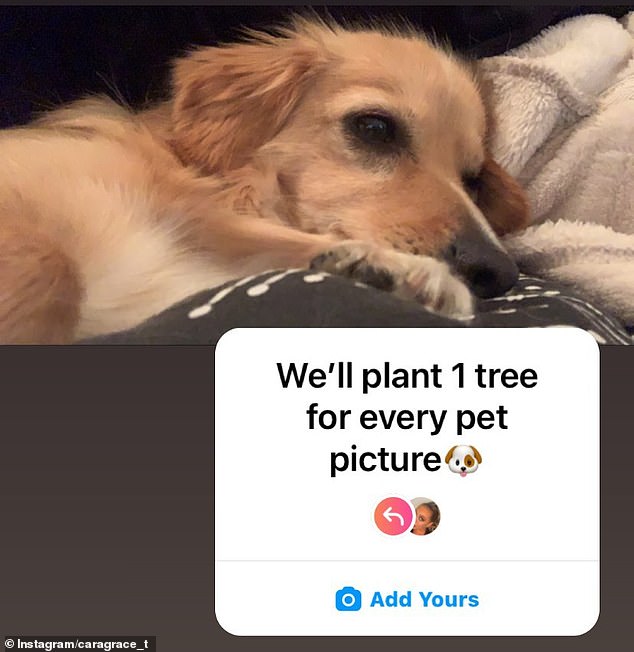 A spokesman for the Facebook-owned social media platform said in a statement: ‘The ‘plant 1 tree for every pet picture’ Add Yours thread was disabled to limit misunderstanding around who authored the original post.

It comes as the COP26 Climate Change Conference continues in Scotland, prompting rallies in most capital cities across Australia.

Attendees of the protests are demanding their leaders act decisively on climate change to prevent cataclysmic global warming. 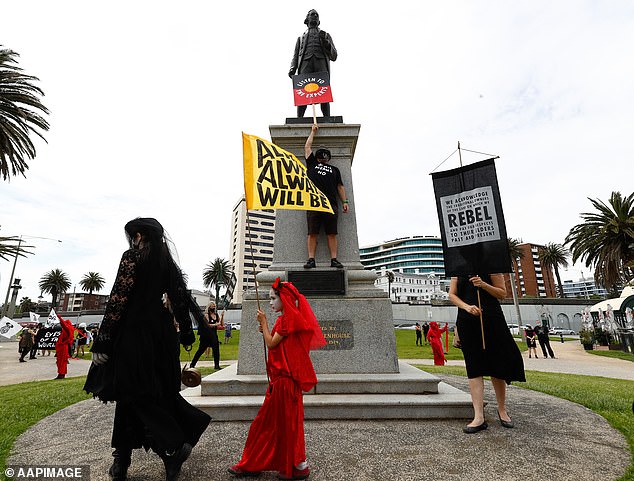 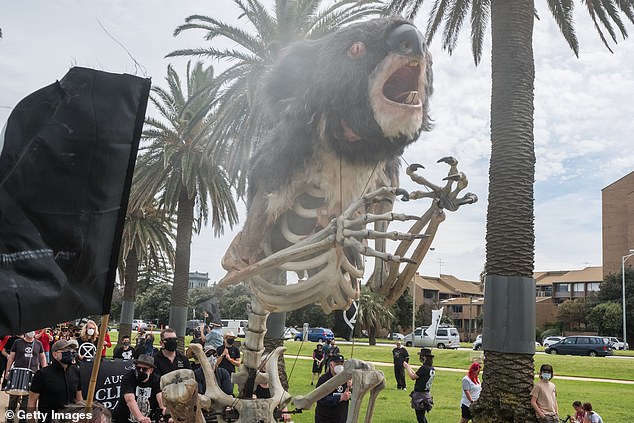 Demonstrators burned an Australian flag on the steps of the Victorian Parliament as well as a giant koala in a mock funeral held in Melbourne on Saturday.

‘UN Secretary-General Antonio Guterres has said that it’s code red for humanity. But Australia has gone to the last-ditch COP26 climate negotiations as a laggard and a wrecker,’ Extinction Rebellion spokeswoman Jane Morton said.

‘We are approaching the point of no return for out of control warming and billions of deaths. Today we are conducting a funeral.’