Yale’s ‘Tiger Mom’ law professor said that ‘woke culture’ has been running rampant at the university, creating a ‘dysfunctional’ atmosphere of stress and anxiety that she likened to the Chinese Cultural Revolution.

Celebrity professor Amy Chua – who gained fame for her 2011 book, The Battle Hymn of the Tiger Mom, shared her grievance against the Ivy League university on Thursday by claiming students were being pushed to denounce their peers similar how Chinese students were urged to disavow anti-communists in the 1960s.

‘I used to love just having these provocative debates,’ Chua, 58, who has been at Yale since 2001, told the Femsplainer podcast.

‘People would get all heated, but afterwards everybody would go for a beer. Never again. I used to have conservative students who would be friends with liberals and now, no communication. If you are a progressive and you make friends with someone on the right you are a traitor. It’s become very tribal. You get shamed.’

She added that students were ‘so stressed, so anxious, not just unhappy but also just terrified to speak,’ and that teaching at the university has also changed amid the shift in political culture. 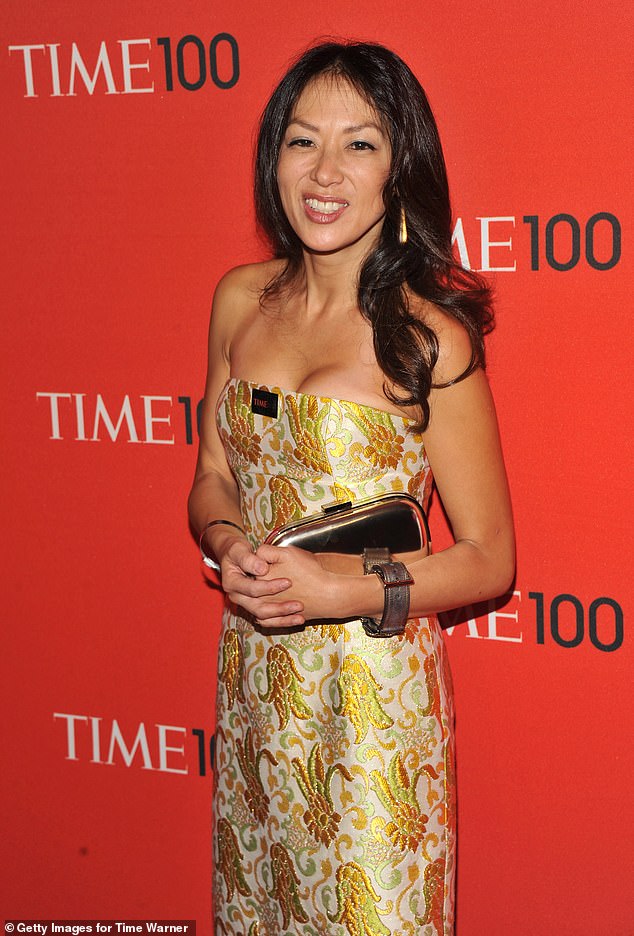 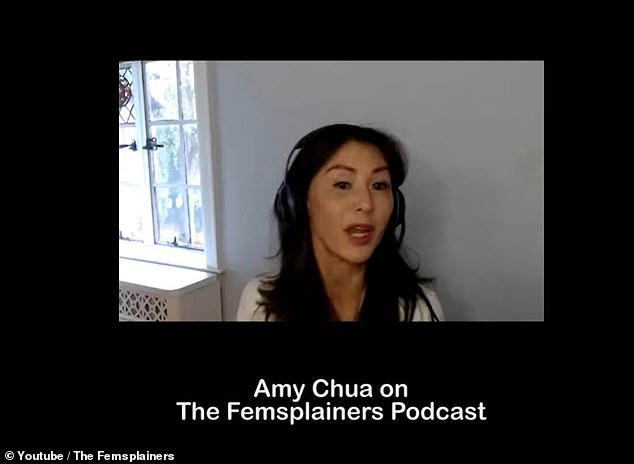 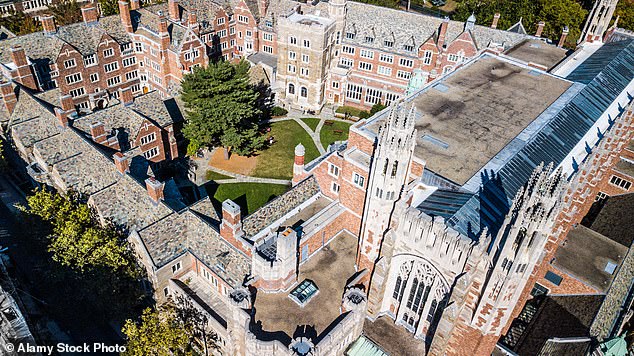 Chua has been teaching at the Yale Law School, pictured, since 2011

‘Teaching now is unrecognizable. It’s a completely different scene. We begin the school year with mental health training, diversity and inclusion training, coaching about what we should and shouldn’t say, things that could offend students.’

Chua said she experienced the backlash of this woke culture in 2018, when she backed then-Supreme Court Justice nominee Brett Kavanaugh amid allegations that he sexually assaulted a student at a high school party.

Chua was the only Yale professor to maintain support for Yale alumnus Kavanaugh following the allegations.

She claimed she got a ‘target’ on her back for supporting Kavanaugh, saying 75 per cent of the faculty refused to talk to her and students boycotted her classes.

Then in 2019, Chua was accused of drinking heavily with students and making inappropriate comments.

She reached a confidential agreement with Yale, which banned her from holding such events.

But Chua was later banned from mentoring first-year students over claims she and her husband hosted alcohol-fueled dinner parties at their home during the pandemic. 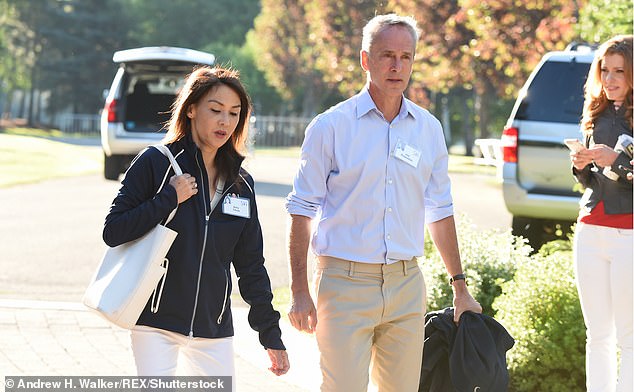 Amy Chua, pictured with husband Jed Rubenfeld, has battled accusation that she held drunken parties with students in 2019 and 2020 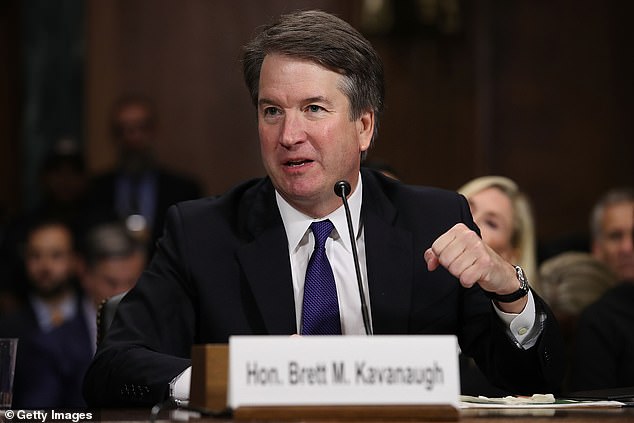 In March, some students complained to the dean that Chua was allegedly violating her non-socializing agreement by hosting drunken dinner parties at her New Haven, Connecticut home with her husband, Jed Rubenfeld.

Rubenfeld, also a professor at Yale, was halfway through a two-year, unpaid suspension related to allegations he sexually harassed three female students, including unwanted touching and attempted kissing.

Chua continues to deny any wrongdoing but has admitted to inviting groups of three of four students to her home in the afternoon to mentor them.

She denies that dinner parties took place and there is no hard evidence she ever broke any rules, The New York Times reported.

‘I was publicly humiliated with a total falsehood… and I was treated degradingly,’ she said.

Chua’s statements come a week after Yale Law student Trent Colbert stood up for himself against pressure to apologize for sending out an email inviting his fellow students to a ‘trap house’ party. 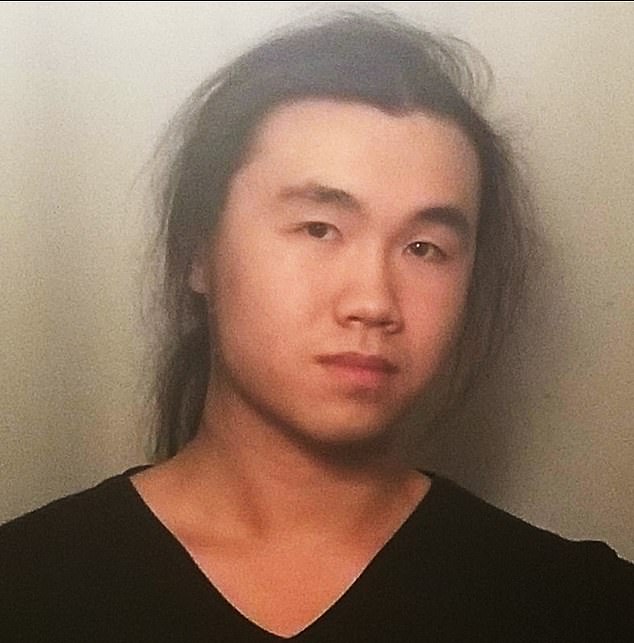 Trent Colbert, a member of the school’s Native American Law Students Association and the conservative Federalist Society, refuses to apologize for using the term ‘trap house’

Colbert was accused of using a word with racial connotations, but the Native American student insisted his email had no such aims.

He recorded himself being pressured into apologizing by associate dean Ellen Cosgrove and diversity director Yaseen Eldik, who even prepared a written letter for him to sign.

‘I was told that things might ‘escalate’ if I failed to apologize. I was told that an apology would be more likely to make the situation ‘go away,’ and it was implied that there would be lingering impacts to my reputation because the ‘legal community is a small one,’ Colbert wrote in a blog.

‘The subtext behind the meetings that followed became increasingly clear: Apologize or risk the consequences. They even went so far as to draft an apology for me directed to the Black Law Students Association, which I declined to use.’

Colbert, a member of the school’s Native American Law Students Association and the conservative Federalist Society, said he will continue to refuse writing an apology and would rather talk to the student’s offended.

Yale was left red-faced in an ensuing outrage accusing it of censorship, with the law school forced to insist it does support free speech.

‘Yale University and Yale Law School have strong free speech protections, and no student is investigated or sanctioned for protected speech. When the Law School receives complaints about offensive communications, the Dean of Students routinely tries to help students talk to one another and resolve their disagreements within the community,’ Yale Law School said in a statement.