NASCAR has ordered driver Kyle Busch to undergo sensitivity training before the start of the next season for saying the r-word in a post-race interview on Sunday in Martinsville, Virginia.

Busch, who finished second at the Xfinity 500, complained in a post-race interview about third-place driver Brad Keselowski rear-ending him on the final straightaway, which nearly caused him to spin out as he crossed the finish line.

After the race, Kyle Busch called out Brad Keselowski for his move for second on the last lap.

BUT… if Alex Bowman were to fail post-race inspection, Kyle beat Brad for second and would get the win. #Championship4 #NASCAR pic.twitter.com/eF0sFr0qds 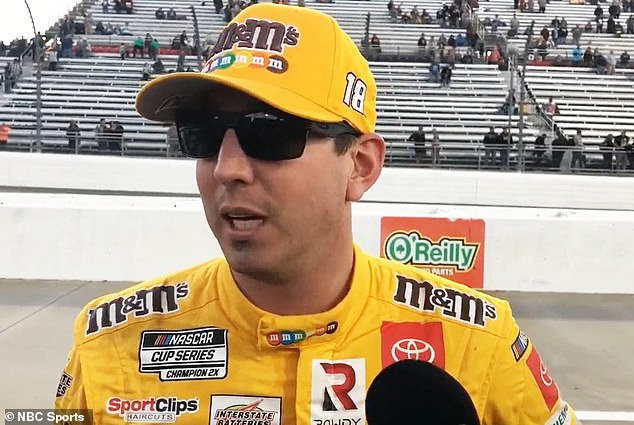 NASCAR has ordered driver Kyle Busch to undergo sensitivity training before the start of the next season for saying the r-word in a post-race interview on Sunday in Martinsville, Virginia 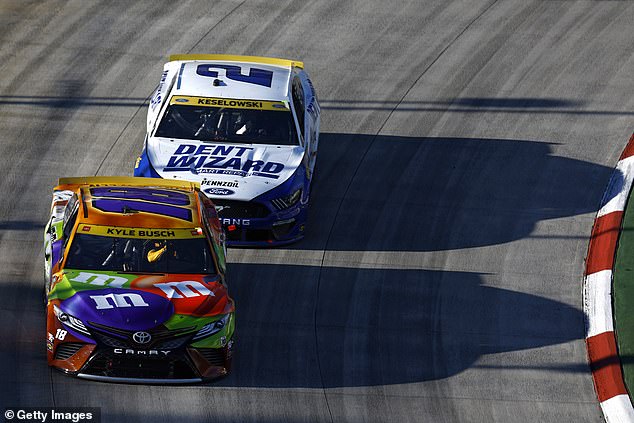 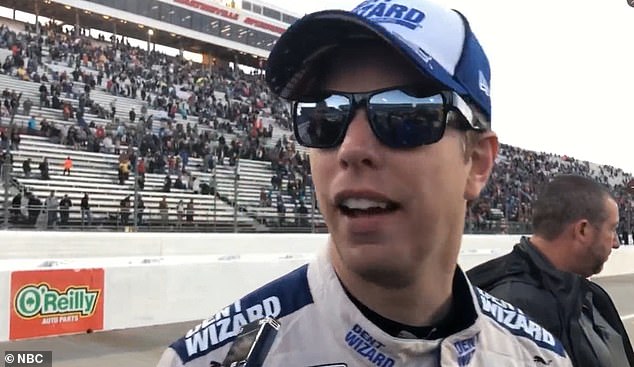 ‘He drills my ass coming out of [turn] 4 for no reason,’ Busch told reporters.

‘I mean, where was he going? What was he gonna do? Spin me out? He was trying to do a [Kevin] Harvick is what he was trying to do. For what? For second place? To do what, he wasn’t gonna transfer through with that.

Busch later apologized for using the term, which refers to people who suffer from mental retardation.

‘In one of my post-race interviews I used a word I should never use and I want to apologize for it,’ he tweeted Sunday night.

NASCAR made its decision on the matter Monday night.

Busch apologized for the word, which refers to people who suffer from mental retardation

Alex Bowman picked up the victory Sunday at Martinsville Speedway in the final elimination race ahead of the winner-take-all season finale. Bowman wasn’t eligible to make the championship round and his overtime victory denied both Busch and Keselowski the final spot in the field.

The Cup will be decided next Sunday at sold-out Phoenix Raceway between favorite Kyle Larson and reigning champion Chase Elliott for Hendrick Motorsports, and Denny Hamlin and Martin Truex Jr. for Joe Gibbs Racing. It will pit a pair of Hendrick Chevrolets against two JGR Toyotas.

Despite being reprimanded by NASCAR, Busch will be driving on Sunday.