By Kaya Terry For Mailonline

This is the heart-stopping moment a toddler narrowly escapes being run over by his father after other drivers sound their horns to warn him.

Silvio Araujo, 35, from Arapiraca in Brazil, was reversing his white pick-up truck out of his garage when his one-year-old son, Arthur, came running out in front of him.

CCTV footage from October 23 shows the child running in front of the vehicle, where he is dwarfed by its high bonnet.

Mr Araujo, who cannot see the little boy, moves forward, knocking his child over onto the road. 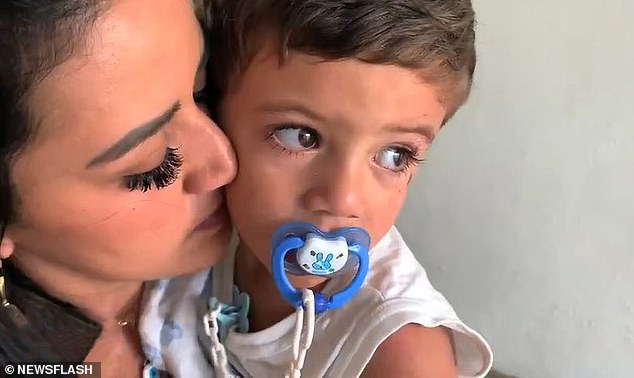 A one-year-old boy, named Arthur (Pictured Right) narrowly avoids being knocked over by his father Silvio Araujo, 35, driving a pick-up truck in Arapiraca, Brazil. Pictured left is Arthur with his mother 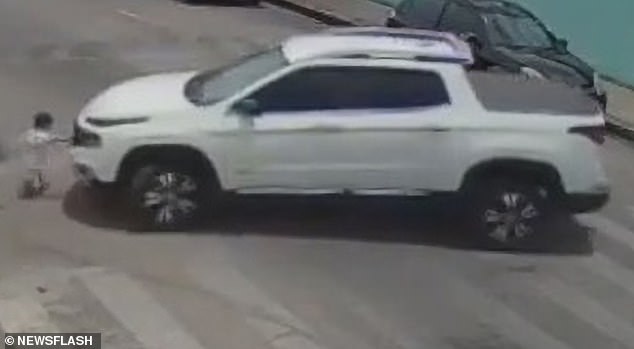 The heart-wrenching CCTV, caught on October 23, has now gone viral, and shows the one-year-old being struck by the pick-up truck

Mr Araujo is alerted by other drivers who get out of their car’s and beep their horns to not pull forward, and thankfully he comes to an emergency stop. Luckily, Arthur only suffered a mere scratch to the knee and did not need medical attention

The footage shows Mr Araujo suddenly brake as another car pulls in front of him and its driver leaps out.

The pick-up stops just inches from little Arthur who scrambles up and out of the road. Afterwards, Mr Araujo thanked other drivers who alerted him by sounding their horns.

The relieved dad explained he had not noticed his son at the time due to the height of his hefty pickup truck.

After the child fell on the road, he was picked up by his mother, who had rushed out of the house with the boy’s seven-year-old sister. 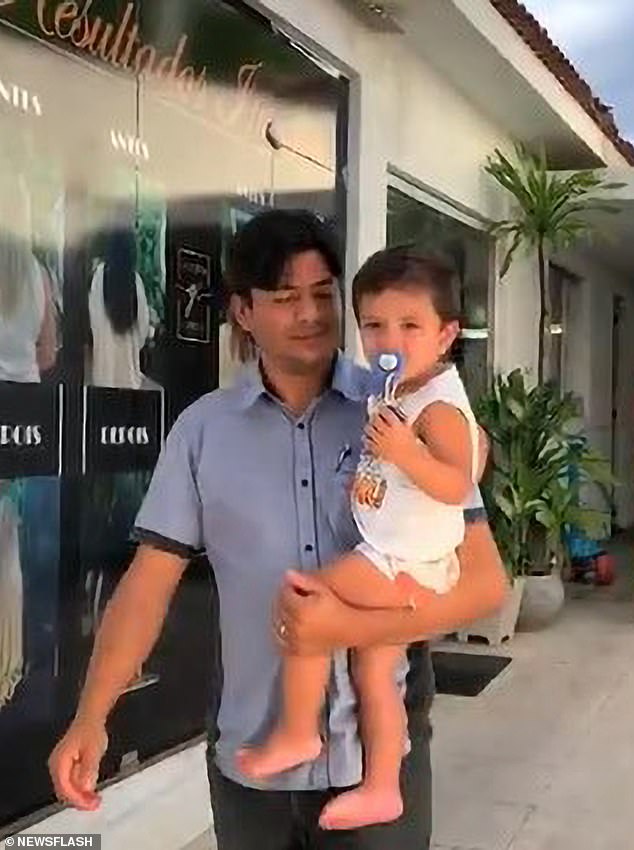 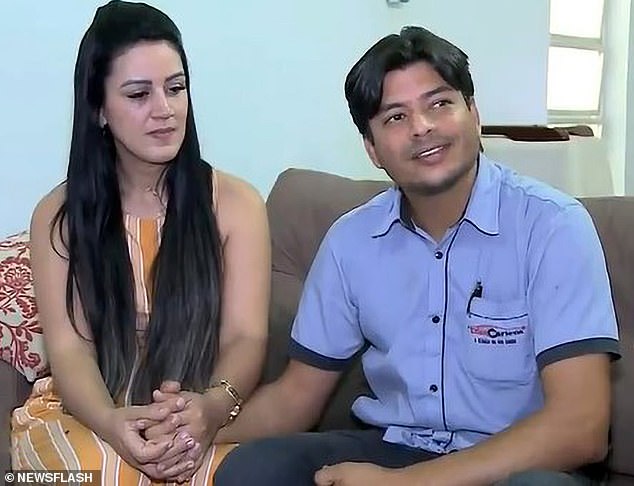 Miraculously, he only suffered a scratched knee and did not need medical attention.

Mr Araujo told news portal G1: ‘Gratitude to God and to the people who honked their horns. They are the true heroes, angels disguised as men.’

The family shared the footage as a warning to other parents to be vigilant and it went viral within days.

Mr Araujo added: ‘It was an alert for other people who have children at home, pets too, that you take utmost care.’