‘How did I do that?’ Moment 10-year-old daredevil lands a DOUBLE backflip on a scooter – and can’t believe he’s pulled it off

A 10-year-old boy has completed a double back flip while practising at a skate park in Mansfield.

Tyler Hainey, became the youngest person to land a backflip on a scooter at the age of seven. Now he has managed to rotate 720 degrees before landing safely on his wheels.

Tyler has been riding scooters for almost five years and has won several prestigious competitions. 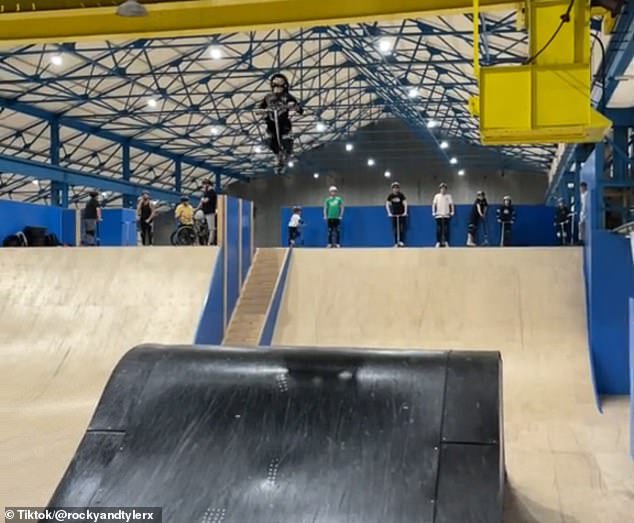 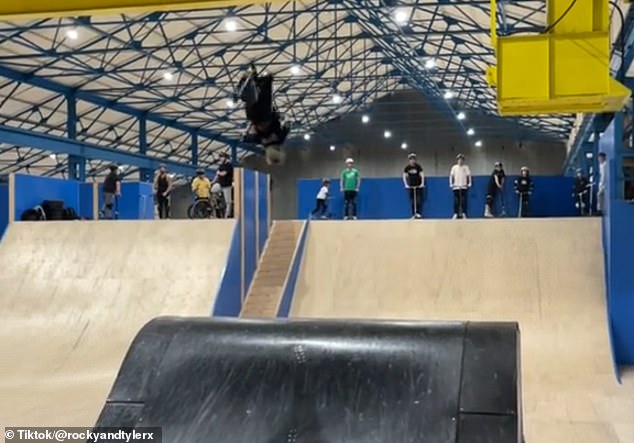 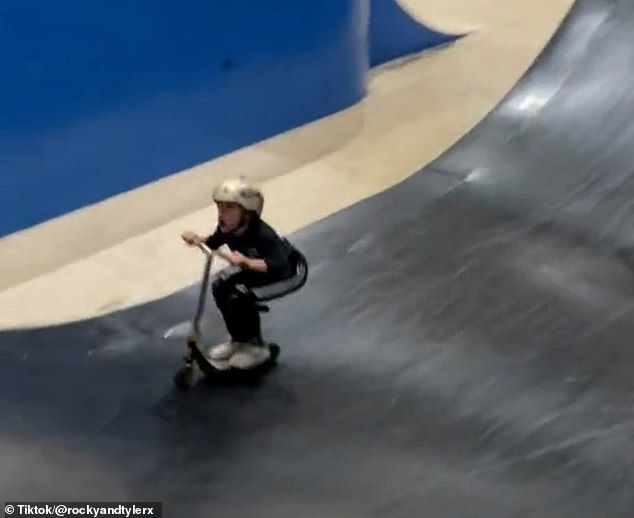 In the footage, Tyler can be seen spinning twice on the air before landing and continuing up the ramp, leaping onto the ledge before exclaiming: ‘How did I do that?’

The, video, which was uploaded to TikTok on Monday as been praised by fellow social media users.

Commenting on social media after his success, Tyler wrote: ‘This has been haunting me since landing on my head! Today I smashed the wall of fear down and smashed it to pieces!!!

‘You can tell how much this meant to me at the end.’

The youngster and his father Brian travel across the UK to various skate parks while Tyler improves his skills. 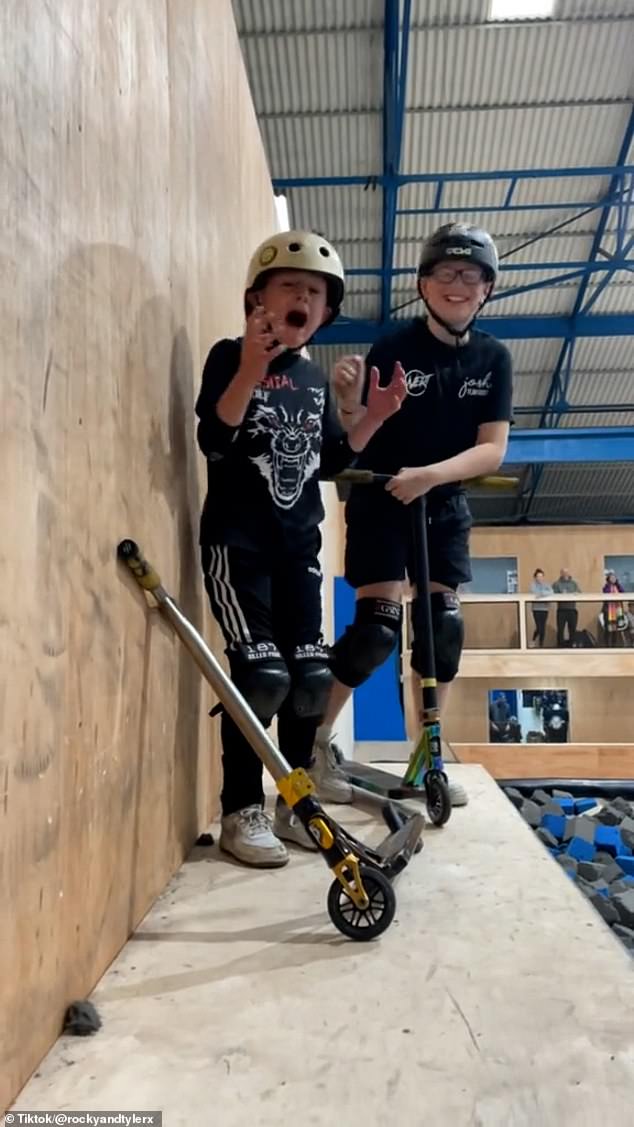 An ecstatic Tyler celebrated with friends at the top of the ramp. He said: ‘This has been haunting me since landing on my head! Today I smashed the wall of fear down and smashed it to pieces!!!’ 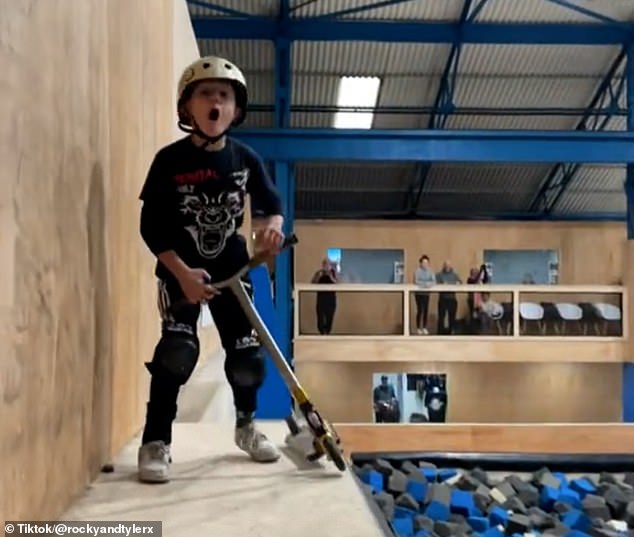