Hospitality workers could soon fetch wages of up to $50 an hour as managers become desperate for staff as they re-open after extended lockdowns.

As residents of New South Wales and Victoria hit pubs,  restaurants and cafes to enjoy their restored freedoms, hospitality bosses are scrambling to find employees to meet the demand.

Managers have been forced to compete for staff, offering flexible shifts and high pay rates, in some cases up to $45 an hour and absent any casual labour coming in from overseas, that could go even higher.

However as wages skyrocket for those behind the bar, a key industry body has warned it will be patrons who are forced to pick up the bill. 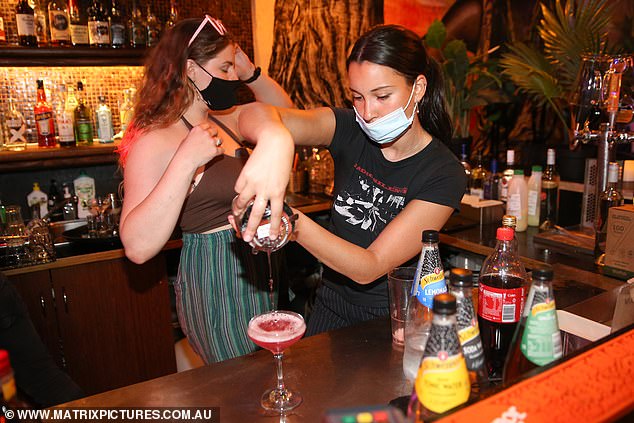 Hospitality workers could demand wages of up to $50 an hour as managers become desperate for staff after extended lockdowns crippled the industry (pictured, a bartender in Melbourne) 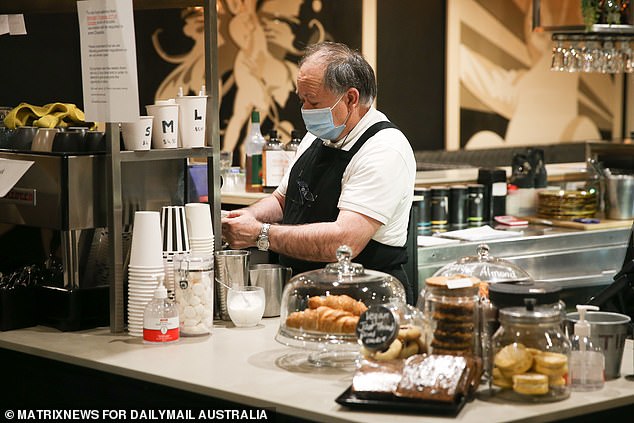 As Victorians continue to enjoy their newfound freedom in pubs and restaurants, hospitality bosses are struggling to find employees to meet the demand (pictured, a venue in Melbourne)

Wes Lambert, the chief executive of Restaurant and Catering Australia, revealed some venues were spending thousands on sign-on and retention bonuses.

‘Some businesses are offering up to $45 an hour for positions that would normally pay in the 20s,’ Mr Lambert told The Age.

The chief executive said the price of food and beverages as business owners passed on their higher staffing costs to customers.

Melburnians were recently freed from the world’s longest lockdown after enduring a collective 262 gruelling days living under stay-at-home orders as the Covid pandemic gripped Victoria.

However, after extended border closures businesses have become desperate for staff following the loss of migrant workers and students from overseas. 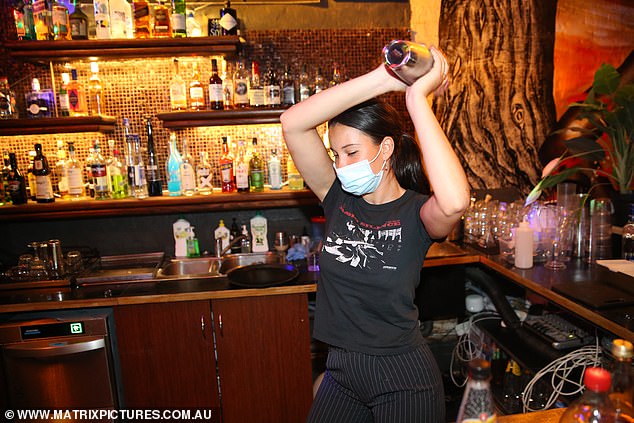 Businesses across Melbourne have been forced to entice their staff with promises of flexible shifts and high pay rates, in some cases up to $45 an hour (pictured, a bar in Melbourne) 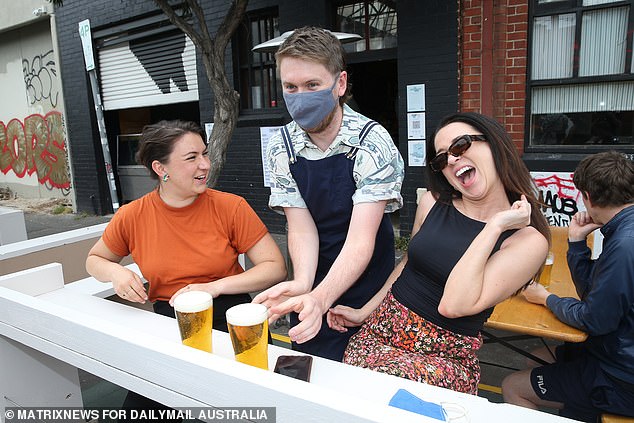 Managers have taken to social media to beg for new staff as enthusiastic punters swarm to bars, pubs and restaurants for the first time in months (pictured, punters in Melbourne) 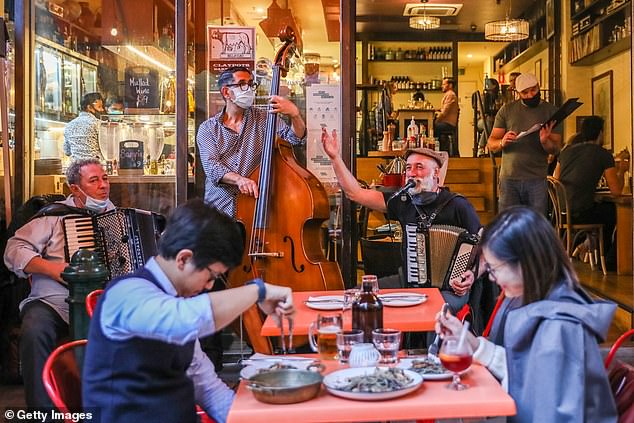 A key industry body has warned it will be patrons who are forced to pick up the bill if managers are forced to entice staff with high wages (pictured, a restaurant in Melbourne)

Managers have taken to social media to beg for new staff as enthusiastic punters swarm to bars, pubs and restaurants for the first time in months.

Dean Jarvis, the administrator of the Melbourne Bartender Exchange Facebook page, said job offers being posted on the page had exploded.

The administrator said venues were even offering relocation bonuses for staff.

A manager on the Sydney Bartender Exchange Facebook page said they were looking for front of house staff to start ‘immediately’ to work 20 hours a week.

‘Great rates of pay and a free feed,’ the burger joint in Darlinghurst promised.

In response to the dwindling pool of hospitality staff available to work the Crown Melbourne has pledged to train 1000 workers by mid-July. 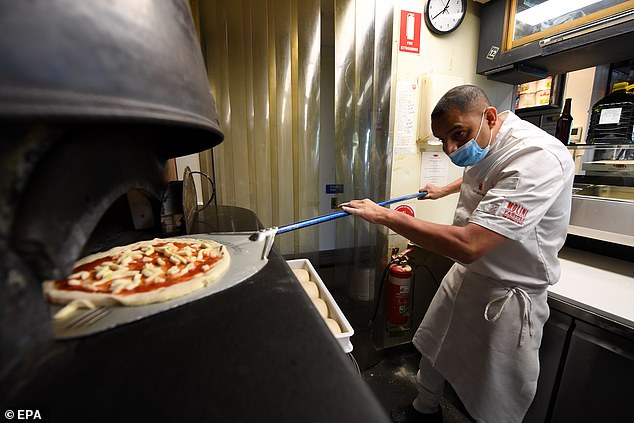 Extended border closures has meant businesses have become desperate for staff following the loss of migrant workers and students from overseas (pictured, a restaurant in Melbourne)

Meanwhile, Melbourne and regional Victoria will be reunited from 6pm on Friday when the vaccination target of 80 per cent is expected to be reached – in time for the long weekend.

Victoria recorded 1,935 new Covid cases and 11 deaths on Sunday as the government announced a raft of changes to its freedom roadmap as the state smashes vaccination targets.

Premier Daniel Andrews said 91.2 per cent of Victorians have had a first dose and 73.7 per cent are fully-vaccinated, placing the state on track to reach 80 per cent double dose target by next week.

From 6pm on October 29, Victoria will move to the ’80 per cent settings’, meaning residents will be able to move freely across the state.

Victoria’s path to freedom: All the changes for the fully-vaccinated from 11.59pm on October 21 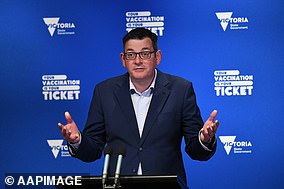 ‘Because of everything Victorians have done, tomorrow we can start getting back to the things we love. Thank you Victoria – I’m so proud,’ Daniel Andrews (pictured) tweeted on Thursday

Gatherings in the home and public spaces

Weddings, funerals, an places of worship