Police were last night probing claims that the suspect in the killing of Sir David Amess may have planned to target another MP.

Ali Harbi Ali, 25, is said to have considered other national politicians before the veteran Tory died in a knife attack last Friday.

The Mail revealed yesterday that the British-born Muslim was seen near potential targets. Officers are tracing his movements after he was allegedly spotted hanging around offices in central London.

Detectives are examining CCTV to pinpoint his movements in the days leading up to Sir David’s death.

Investigators believe Ali allegedly targeted the MP simply because he had openly advertised his weekly constituency surgery on social media. The suspect was able to book a face-to-face appointment despite not living in the area. 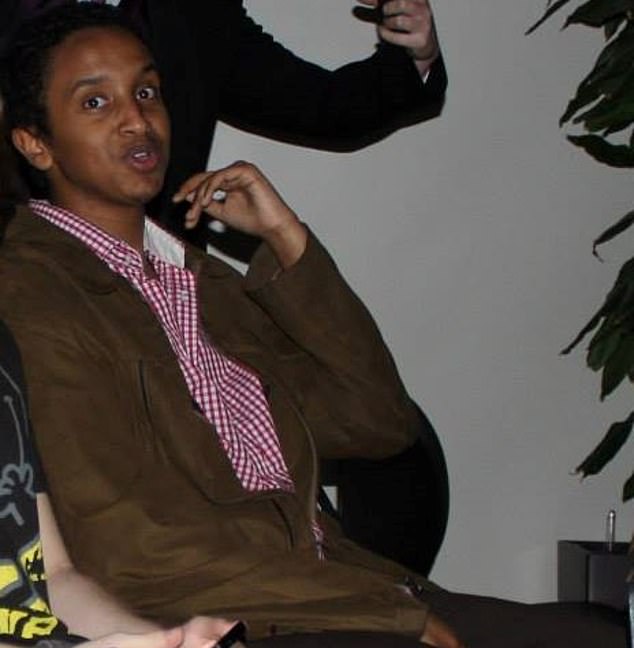 Ali Harbi Ali, 25, is said to have considered other national politicians before the veteran Tory died in a knife attack last Friday

Sir David, who was a father of five, was stabbed 17 times at the surgery in a church in Leigh-on-Sea, Essex.

Ali’s mother, Jamila Abdulle, has told relatives that he left home last Friday morning to go to pray. She said to her sister: ‘I am in deep shock. Something terrible has happened and my son has been arrested.’

The sister, Anab, told the Mail: ‘On that morning he left home for Friday prayers, and that was the last she heard from him. Then that evening she found out he had been arrested and everything has been a bad dream since then.

‘She was visited by a lot of different police officers, counter-terrorist police, and they all wanted to know about Ali.’ 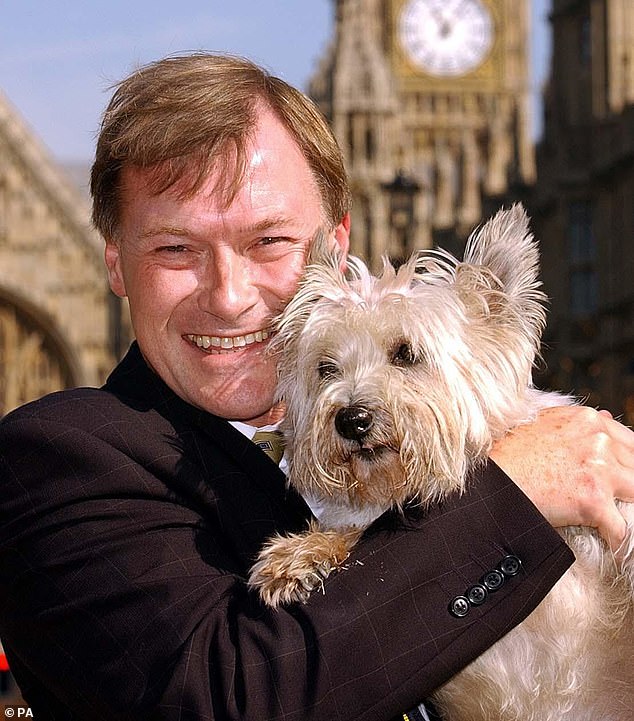 Sir David Amess, who was a father of five, was stabbed 17 times at the surgery in a church in Leigh-on-Sea, Essex

Ali, who is in custody, received extensive support under the Government’s flagship Prevent counter-terrorism programme after teachers picked up concerning signs while he was studying at Riddlesdown Collegiate sixth-form in Croydon in 2014. Former students described Ali as a ‘normal’ pupil, but a source said: ‘Teachers are aware of what’s happening. Kids aren’t going to necessarily pick stuff up.

‘There’s nothing being covered up – I can tell you that much about what happened at the time. It was all dealt with properly. Obviously that was a while ago.’

A classmate of Ali’s said: ‘Genuinely, he was a really nice guy. He was the soft kind of nerd that you just felt naturally amicable toward, usually smiling and just able to get along with everyone.

‘I don’t recall ever seeing him angry. He was very sweet and just welcoming in general. My brain’s still not processed it. It’s unthinkable he’d so much as instigate a scuffle, let alone kill someone. The Ali we grew up with would never have done something like this.’

The schoolfriend, who did not want to be named, added: ‘He was smart, too, especially in sciences. I think he wanted to go into medicine in some capacity.’

The suspect hails from a prominent Somalian family – his father being a former adviser to the country’s prime minister.

Anab, who left Somalia to live in neighbouring Kenya, said: ‘Ali was born in the UK and he went to a normal school in London and also had a religious education. Ali was a very intelligent boy, well informed in terms of politics, and liked to comment on anything from religion to politics. He had friends, he liked football.

‘Earlier this year he told me he would like to visit us in Kenya, and he planned to go to Somalia too. My sister is at a loss. She was upset when he said he wanted to travel to Somalia. She told him not to go.’

The Home Secretary told the Commons that counter-terror police would ensure the ‘change is properly reflected in operational posture’ following the rapid review.

The proposal to change the law comes after a Roman Catholic priest was unable to reach Conservative Sir David Amess when he was stabbed at a constituency surgery in Essex.

Labour’s Mike Kane will table an amendment to the Police, Crime, Sentencing and Courts Bill for a presumption that priests can pray with someone in their final moments.