The Harbour City’s lockdown was largely lifted on October 11, allowing bars and restaurants to re-open, but a recent video uploaded to YouTube page More Locations shows the area around Town Hall station on George Street resembling a ghost town.

As the video creator walked south toward Chinatown, there were a few more people out and about – but still in worryingly low numbers.

With over 80 per cent of the NSW population now double vaccinated, some anticipated the city would quickly be reborn – however, the early signs are suggesting it will be some time before the city regains its former life.

As the clip continues, the man passes KFC on Bathurst St before moving on to a nearby shopping centre, where people were again scarce.

When Sydney was re-opened on October 11, the CBD still resembled a ghost town in some parts (pictured, Town Hall on George St) 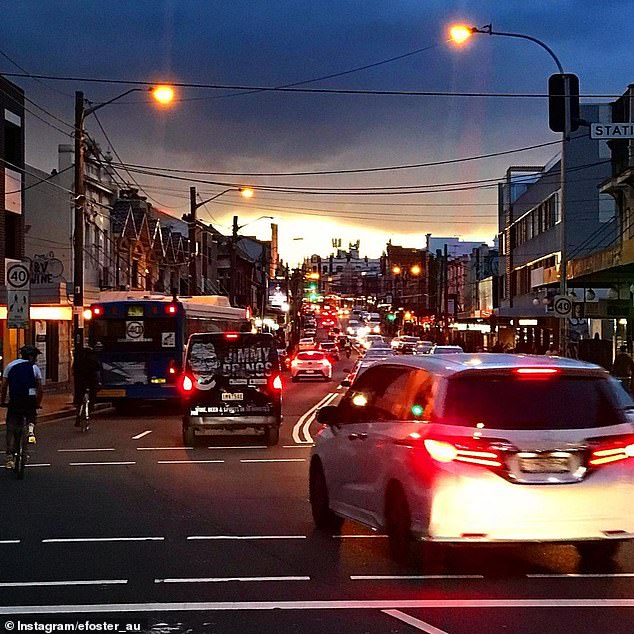 Chinatown’s Dixon St, usually a popular venue for food lovers, remains quiet as does Market City on Hay St, which was previously a hub for bargain-hunters.

Comments on the video reflected a sadness that lockdowns had stripped the city of its former vibrancy.

‘The city is so quiet and so empty… of course, getting vaccinated doesn’t mean you are protected from Covid, so everyone is still being cautious,’ one wrote.

Another stated he hoped people will return soon as the ‘virus is not in the open air’ and that ‘Sydney is a great city to walk around.’

While Sydney’s CBD is currently lacking its usual atmosphere, there was much more life in suburban restaurant and cafe strips in areas like Newtown, Parramatta, Bondi and Manly.

With many residents of those areas still working from home, the after-work drinking and dining scene has moved entirely away from the city.

Iconic ‘foodie’ locations such as King St in Sydney’s inner-west are filling up quickly, with similar scenes at the Corso on the northern beaches and Campbell Parade on Bondi Beach in the east.

Parramatta, which prides itself on cultural diversity, also has an array of food options now re-open which scores of locals in the west are lapping up.

Back in July, the lockdown in Sydney and surrounding regions came at a cost of close to $1 billion a week.

Ravaged small businesses and frustrated families begged for the lockdown to be lifted, with one at the time warning ‘it’s like Chernobyl out there’.

The CBD was abandoned and previous hot spots like the historic Rocks area – adjacent to the Opera House and Harbour Bridge – were also silent and empty.

Countless business owners were desperate for a return to normality before the damage became permanent.

There was a fear that the lockdowns might make working from home a permanent phenomenon, robbing the CBD of the office workers that sustain the city’s food and drink venues. 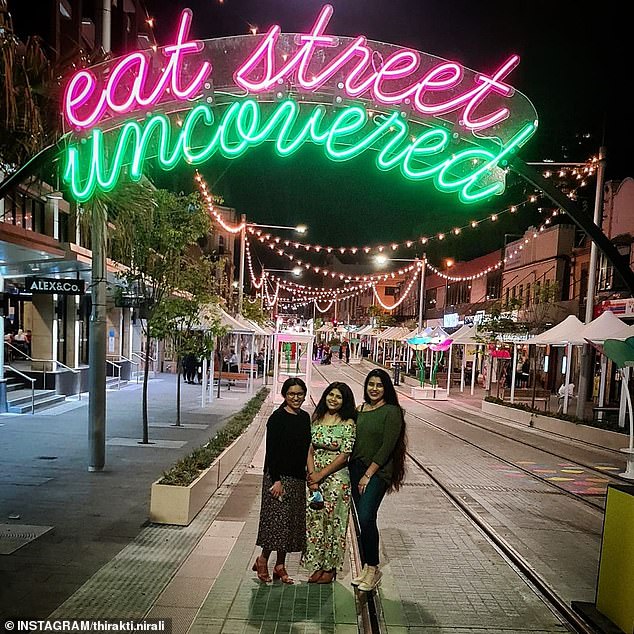 Diners are spoilt for choice when it comes to food options at Parramatta, in Sydney’s west (pictured) 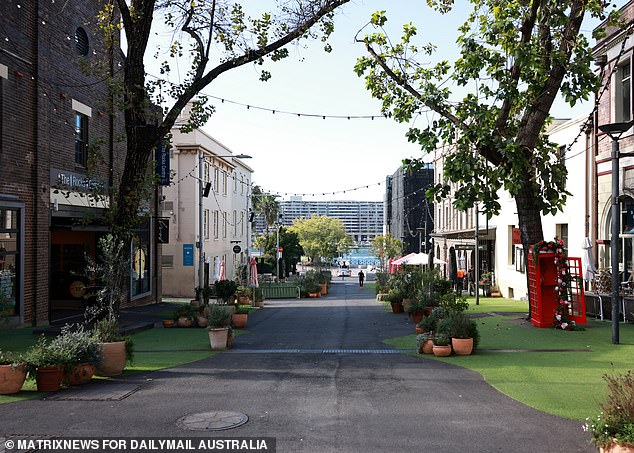 The once bustling Rocks area of Sydney, popular with international and domestic tourists alike, became a ghost town during lockdown