CHAMPIONS LEAGUE ROUND-UP: Villarreal hit four past Young Boys to secure their first group stage win since 2008 while RB Salzburg see off Wolfsburg to extend their lead at the top of Group G

Headed goals by Yeremi Pino and Gerard Moreno in the first 16 minutes lifted Villarreal to their first win at this stage of the competition since 2008.

Defender Alberto Moreno and Samu Chukwueze sealed the win with late goals after Meschack Elia gave Young Boys some hope with a neat finish in the 77th minute. 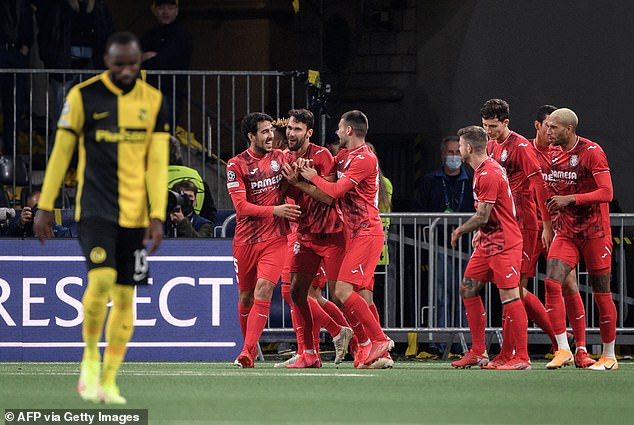 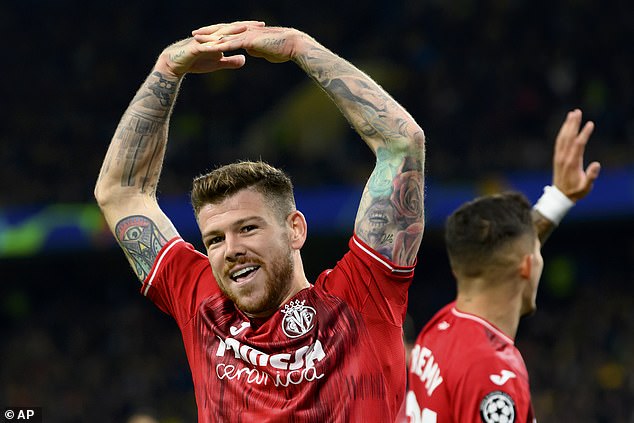 It lifted the Spanish club from last place in Group F into second behind Manchester United, who secured a 3-2 win against Atalanta from 2-0 down at Old Trafford.

Though Young Boys created more chances Wednesday, Villarreal were more efficient and less wasteful than they were after an unlucky defeat against United.

Young Boys and Villarreal each struck the crossbar, and the Swiss champion’s winger Michel Aebischer saw his long-range effort in the 31st rebound into goalkeeper Geronimo Rulli’s face and drop to Elia, whose shot went high.

Rulli was struck in the face again in the second half to save from Christian Fassnacht, who had just the goalkeeper to beat. 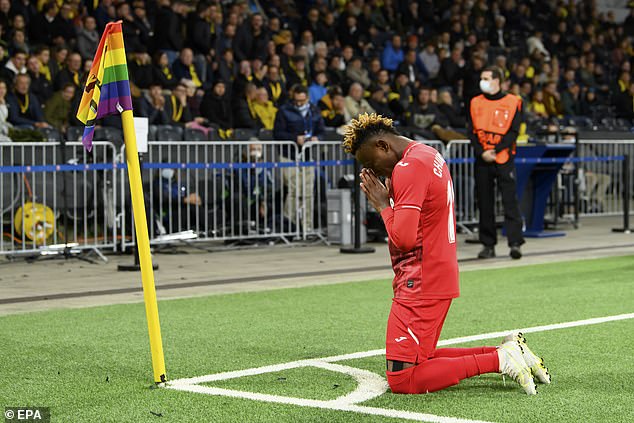 Meanwhile, Salzburg’s young squad took a big step closer to reaching the Champions League knockout stage with a 3-1 win over Wolfsburg on Wednesday.

Noah Okafor scored twice after 19-year-old forward Karim Adeyemi netted early to put the Austrian team on course for victory as they bid to reach the knockout round for the first time.

Less than three minutes into the game, Germany international Adeyemi scored his third goal of the group stage, showing off his pace on the counter to beat defender Kevin Mbabu to a pass and sprint into the penalty area before scoring past Koen Casteels in the Wolfsburg goal. That was Salzburg’s first goal from open play in this year’s Champions League after all of its previous three came from the penalty spot.

Wolfsburg responded in the 15th when Lukas Nmecha got a glancing header on a corner to tuck the ball inside the far post. The German team had only one more shot on target all game. 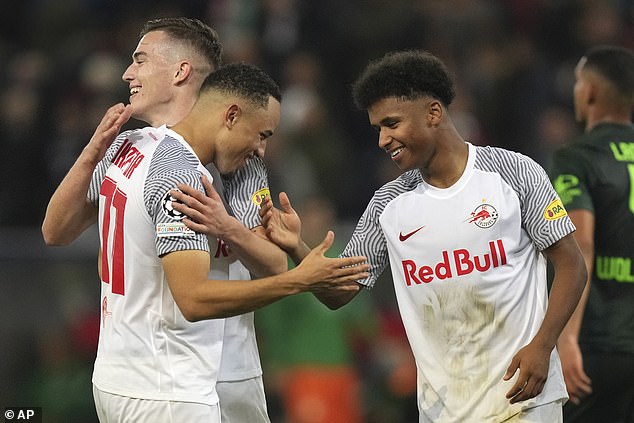 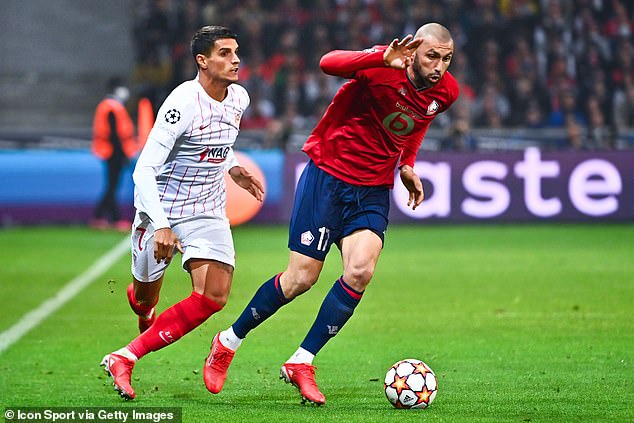 Okafor, a 21-year-old winger, took full advantage of sloppy defending by Wolfsburg to score twice at corners. First, he knocked in a loose ball in the 65th after Wolfsburg twice failed to clear the ball, and then he made it 3-1 in the 77th with a turn and shot when left entirely unmarked.

Elsewhere in Group G, Lille were held to a 0-0 home draw by Sevilla on Wednesday to continue their miserable winless Champions League run.

The French champions have not tasted victory in Europe’s elite club competition since 2012 and have won only six of 41 Champions League games. They sit in third place in Group G with two points from three games this season.

Sevilla are second on three points after three consecutive stalemates but the Spanish side have not lost away from home in the Champions League in their last nine matches.