Two Catholic colleges in Minnesota are investigating allegations of an ongoing ‘sex competition’ among men living in one campus dormitory.

A group of St. John’s University students living in Saint Patrick Hall reportedly started a competition to see who could have the most sexual encounters with women at their sister school, the College of St. Benedict.

Two people familiar with the situation, speaking to the student newspaper The Record on the basis of anonymity, said the competition is run through a group chat and began with a list of names – all Benedict women – that the men were supposed to seduce.

The men also are said to have assigned point values to various sex acts, but specifics regarding the acts, as well as how the contest is run, remain a secret.

It is unknown how many students have participated in the competition or exactly how it has evolved since it first began, or when it even began. 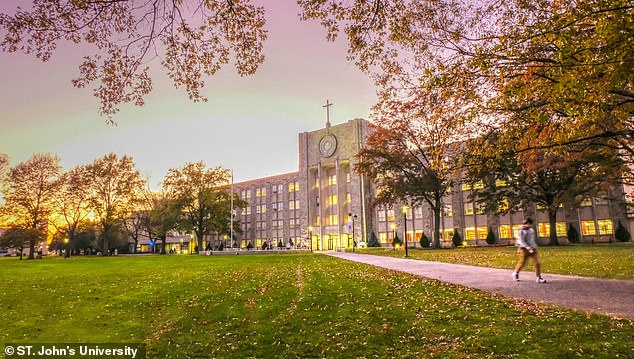 A group of St. John’s University (pictured) students started a ‘sex competition’ to see who could have the most encounters with women at their sister school, the College of St. Benedict

The partner schools have launched an investigation into the allegations, which the schools’ spokeswoman Katie Alvino said were first reported in late September.

Due to the ongoing investigation, she could not disclose the nature of the allegations or whether they involved criminal acts or sexual assault. However, Alvino reiterated that the schools are taking the matter seriously.

‘We will not tolerate sexual misconduct in any form,’ she told DailyMail.com.

‘We are utilizing trained, impartial, third party investigators to determine the responsible parties.

‘We are committed to creating and maintaining an environment in which all members of the community respect the rights and human dignity of all.’

Several St. Benedict’s students have expressed concern with how the investigation has gone, saying they fear their fellow classmates don’t understand the severity of the situation.

‘We’ve had conversations with a lot of our guy friends about it and a lot of it is… [implying] girls are making [a] big deal about it and then we get told that we’re being overdramatic and that we’re trying to ruin people’s lives,’ one woman told the school newspaper.

‘That’s just been a consistent thing, that they don’t think that these comments or games are wrong. They just think of it as part of their lives.’ 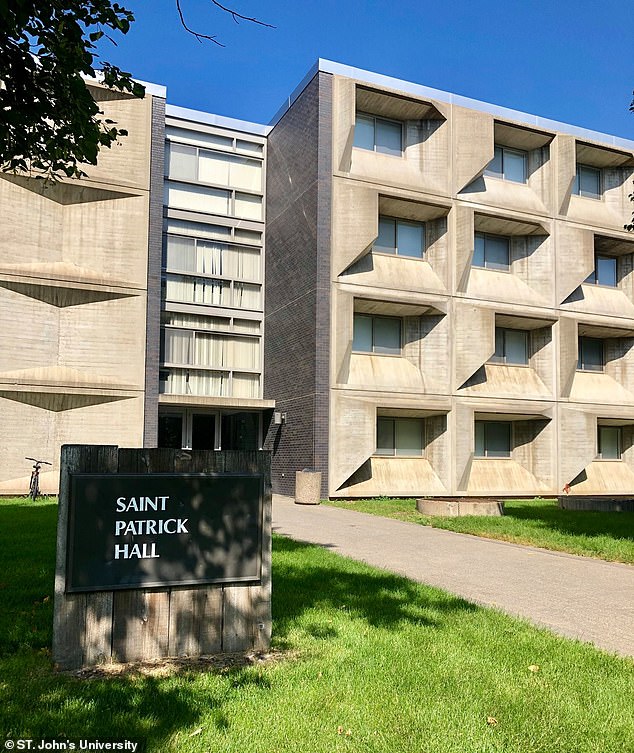 The competition, which was allegedly created by residents of Saint Patrick Hall (pictured), is run through a group chat and began with a list of Benedict women the men were supposed to seduce. It also assigned point values to various sex acts

Another woman said: ‘I feel like a lot of people that we know, guys that we associate with are like ”oh, well, we would never do that, that’s just their problem,” but then they will say comments and do other things, maybe on [a] lesser scale, but that still are all part of that same cycle of things.

‘I feel like they don’t really understand that they play a small role in a lot of this stuff too.

‘They made that choice; we’re not trying to ruin their lives; they chose to do their actions, and now they’re not owning up to them.

‘I’m not ruining their lives, they ruined their own lives,’ the woman added.

Last week, the administration sent an email to students alerting them of the investigation and encouraging anyone with information about the competition to come forward.

‘[The meetings were] a way to start a conversation about rape culture and the implications of toxic masculinity on our campus,’ Saint Patrick Hall resident adviser Liam Miller said.

As of Tuesday, the school had not identified any students involved in the alleged contest. 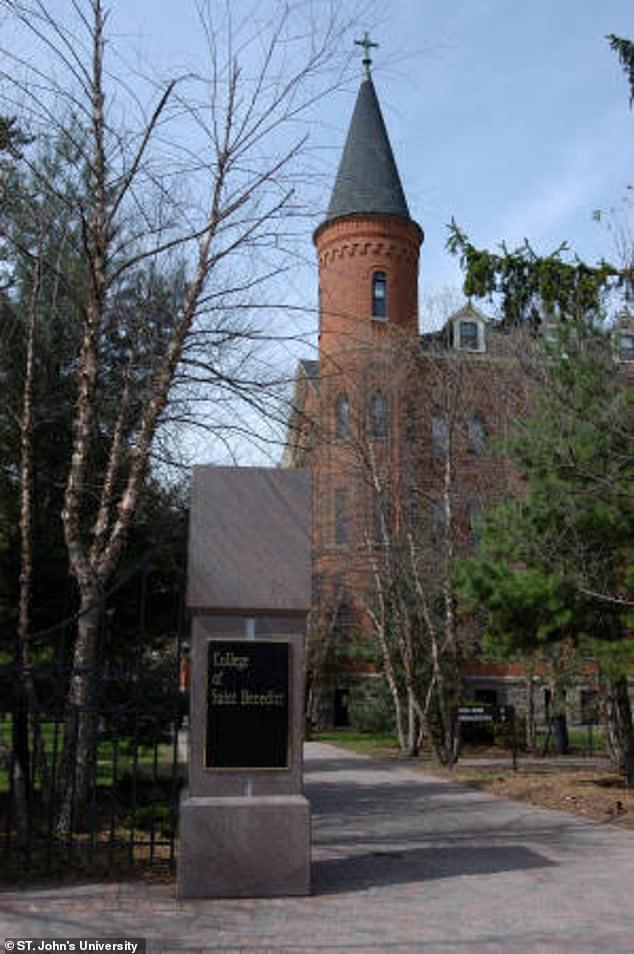 Several St. Benedict’s (pictured) students have expressed concern with how the investigation has gone, saying the mandatory residence hall meetings addressing the issue were not harsh enough

Jeff Glover, assistant director for student support, said he is surprised that the school has not been able to obtain any solid evidence connecting students to the competition.

‘With the numbers of people who know about it, it surprises me that we haven’t been able to get a copy of anything,’ he told the student newspaper.

‘Worse than trying to empathize with people who are outraged about it is not being able to give them the direct justice that they want and that I want.

‘At times there are people who I think feel like we don’t care about these issues, or that we think boys will be boys and we try to sweep things under the rug. And that’s always really hard to hear, because I don’t, I don’t know sometimes how to better, I guess, to express how serious we take this.’