A California man accused of killing 19-year-old college student Kristin Smart back in 1996 pleaded not guilty to her murder on Wednesday.

Paul Flores, 44, was arrested in April and charged with first-degree murder while raping or attempting to rape Smart in his dorm room at the California Polytechnic State University in San Luis Obispo more than 25 years ago.

His father, Ruben Flores, 80, is also facing accessory charges for allegedly helping his son conceal the body, and also pleaded not guilty in in San Luis Obispo Superior Court on Wednesday.

If convicted, Paul faces 25 years to life in prison and would have to register as a sex offender, while Ruben faces a maximum of three years – though it is unclear whether that would be in county jail or state prison, according to the San Luis Obispo Tribune.

The two are scheduled for another pre-trial hearing on December 6 via Zoom, and a trial is expected to begin on April 25, although lawyers for Paul plan to file a motion to dismiss the case.

That motion will likely be heard in January. 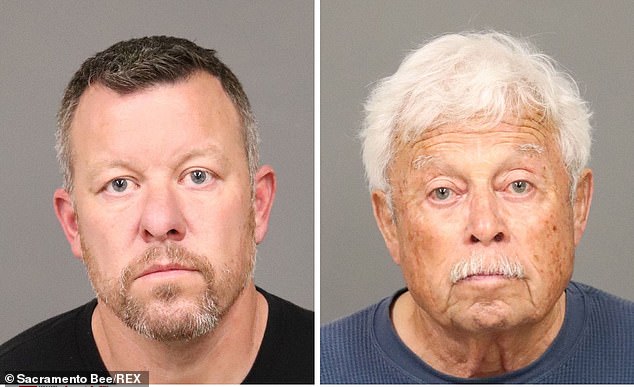 Paul Flores, left, and his father, Ruben Flores, 80, were arrested in April following a 25-year investigation into the disappearance of California Polytechnic State University student Kristin Smart. Prosecutors allege Paul murdered her after raping or attempting to rape her, and his father helped him conceal the body 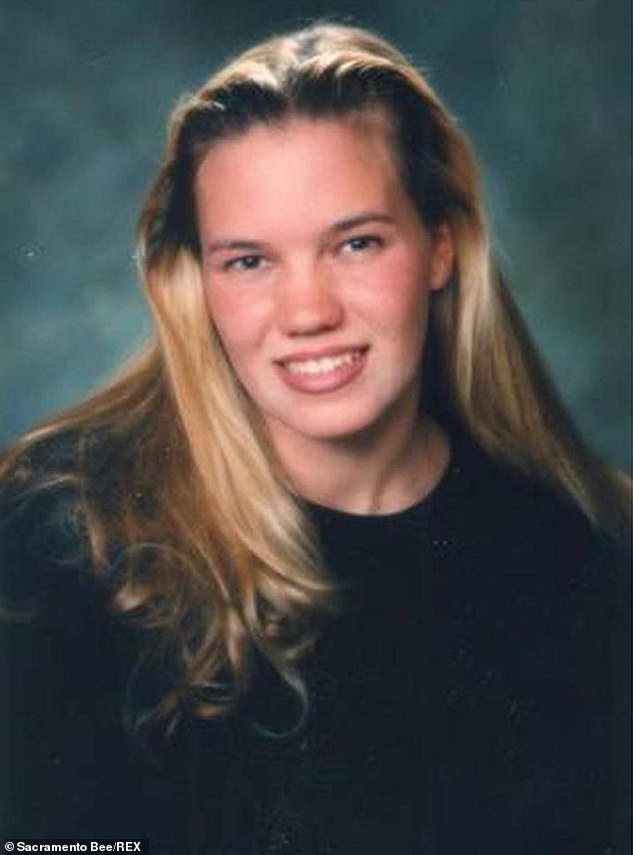 Smart was last seen near her dorm room on May 25, 1996 after Paul walked her back from an off-campus party

The Floreses were arrested in April after a decades-long search to find Smart, who was last seen near her dorm room on May 25, 1996.

Paul had been the main suspect throughout the 25-year search, with officials saying he walked a very intoxicated Kristin Smart home after hitting on her all night and behaving ‘hyperactively’ at a party they’d both attended off-campus, witnesses say.

Prosecutors allege the then-19-year-old freshman killed Smart while trying to rape her in his dorm room.

Her body was never found, and officials declared her dead in 2002.

But during a pre-trial hearing shortly following their arrest, prosecutors presented evidence that Smart’s body was at one point buried under a deck shielded by lattice behind Ruben Flores’s Arroyo Grande home.

Traces of human blood were discovered under the deck by investigators during a search in March, along with stains in the soil and a disturbance in the earth roughly the size of a human body.

Prosecutors say that the body was moved from that location by Paul Flores, with his father’s help. 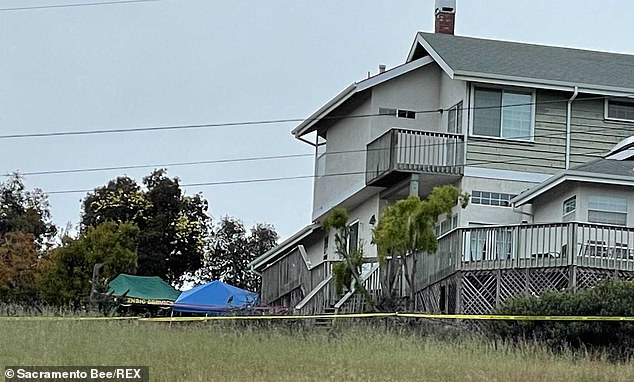 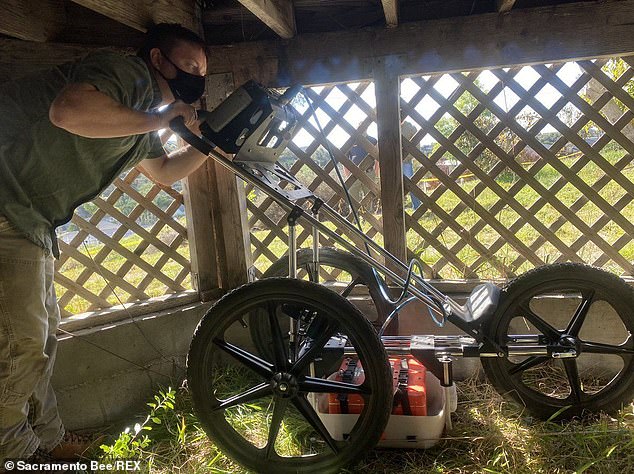 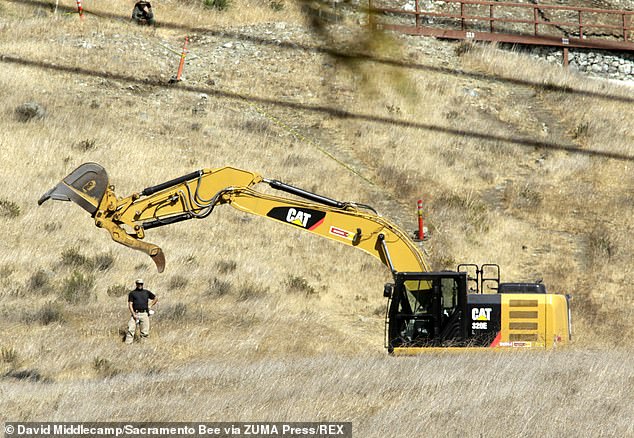 Then, during the evidentiary hearing, which concluded on September 22 when Superior Court Judge Craig van Rooyen ruled the trial could move forward, prosecutors claimed Paul Flores had repeatedly lied to investigators to cover his tracks.

Deputy District Attorney Chris Peuvrelle said in court that Paul Flores had lied about a black eye he sustained around the time of her disappearance and falsely denied his physical attraction to Smart.

When Flores first spoke with police, prosecutors say, he downplayed his interactions with Smart at the party and on the walk home. 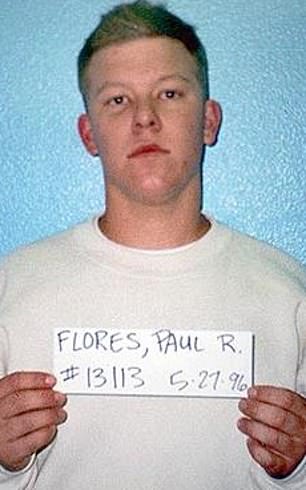 Flores has long been the main suspect in the decades-long investigation, with prosecutors claiming he lied about a black eye he received after her disappearance and denied he was physically attracted to her

He said she walked to her dorm under her own power, though other witnesses said Flores was helping hold her up and that she had passed out earlier in the night.

Three days after Smart disappeared, Flores had a black eye that he told police he got playing basketball. Friends disputed that account and Flores later changed his story to say it happened while working on his car.

Peuvrelle also noted in court that four cadaver dogs alerted to Flores’ former dorm room found strong evidence of human remains, and investigators conducted digs at Reuben Flores’ home that revealed disturbed soil the size of a body, as well as staining the soil and traces of human blood.

But defense attorneys for the Flores’ say the evidence doesn’t add up, and said it hasn’t been proven that Flores or anyone else committed a crime in Smart’s disappearance all those years ago.

Robert Sanger, one of two attorneys representing Paul, argued at the time there’s ‘no case’ against his client, considering that nobody actually knows what happened to Smart and there’s ‘no consistent theory’ about where her body is.

He said ‘they were both drinking and went their separate ways’ after the party that night, and floated the idea that someone else could have harmed Smart afterwards.

With a lack of DNA at the scene, ‘nothing links it definitively to Ms. Smart,’ Judge van Rooyen declared in court, but added that there is ‘a strong suspicion it was Ms. Smart´s remains.’

He then ruled that there was indeed probable cause to charge and try the two – who were cuffed by investigators after a popular podcast prompted police to reopen Smart’s long-cold missing persons case.

They had previously pleaded not guilty 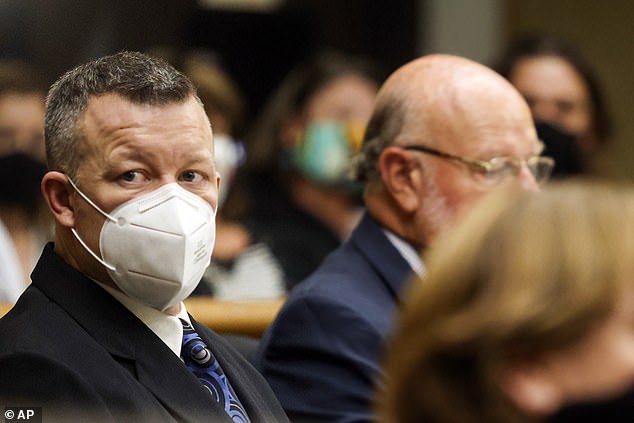 Paul pleaded not guilty to first-degree murder charges on Wednesday. He is seen here at a preliminary hearing back in August 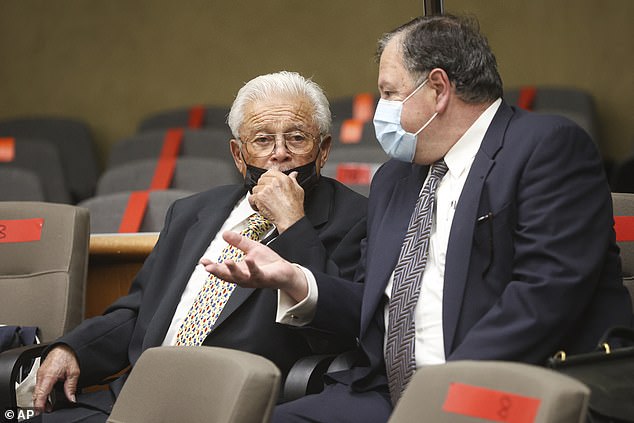 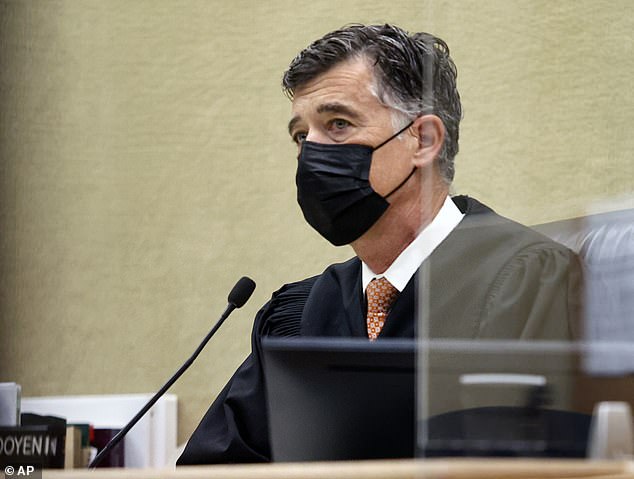 Now, the prosecution faces the challenge of having to prove to a jury that a murder and cover-up occurred 25 years after the fact – without being able to show definitively that Smart was killed.

They announced on Wednesday they plan to admit evidence of prior alleged sexual acts Paul had committed, according to KSBY.

Those acts include incidents described in previous police reports and digital evidence.

According to the court documents, 30 women have come forward to accuse Flores of sexual misconduct, with some of them telling investigators that they woke up in the suspect’s home without remembering how they got there.

Several told police that Flores was referred to as ‘Chester the molester’ and ‘psycho Paul.’

Four of the women allege they were raped.

But van Rooyen had decreed that the evidence had limited relevance to the murder case and risked creating greater prejudice against Flores, who remains in custody at the San Luis Obispo County Jail without bail.

Ruben, meanwhile, remains out of custody after posting a $50,000 bail.