Non-verbal, autistic black man, 20, who wears diaper and has mental capacity of four year-old is filmed being tased to the ground by Florida cops after white woman accused him of rattling her door

By Tommy Taylor For Dailymail.Com

Shocking bodycam footage captured the moment a non-verbal black man who has autism and the mental capacity of a four year-old was tased by Florida cops after he was accused by a white woman of trying to break into her home.

Louis Grahai, 20, of Eustis, Florida, was filmed being screamed at by two cops on Saturday, before being tased and restrained as he lay silently on the ground.

Police arrived at the scene after a white woman claimed that Grahai was rattling her door which she had mistook for a burglary attempt.

The confused Grahai was then seen tasered to the ground by two officers after they found him walking barefoot in the neighborhood.

Louis Grahai, a severely autistic 20-year-old man, was captured being tased on the bodycam footage of a Eustic Police officer 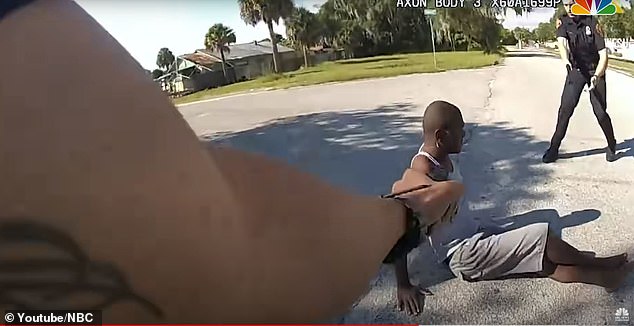 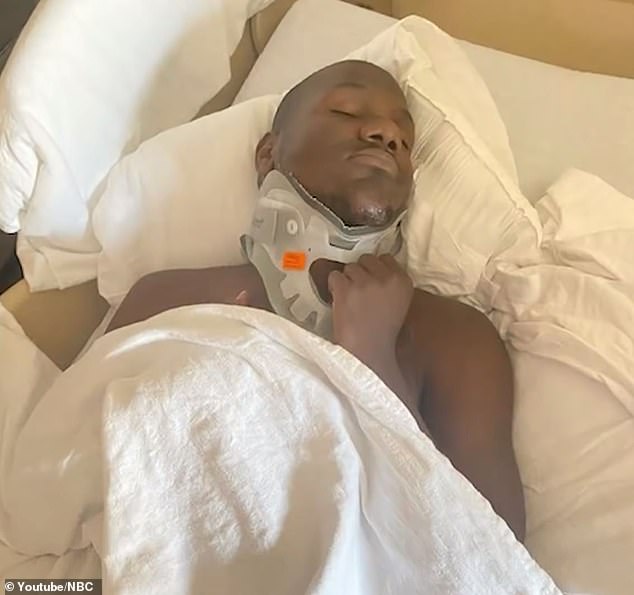 The bodycam footage revealed officers pointing their taser guns at the defenseless Grahai as he sat in the middle of the street.

‘Get on your stomach dude,’ one of the officers was heard yelling in the footage.

The officers then ran up to the unresponsive Grahai as they forcibly attempted to put his hands behind his back. 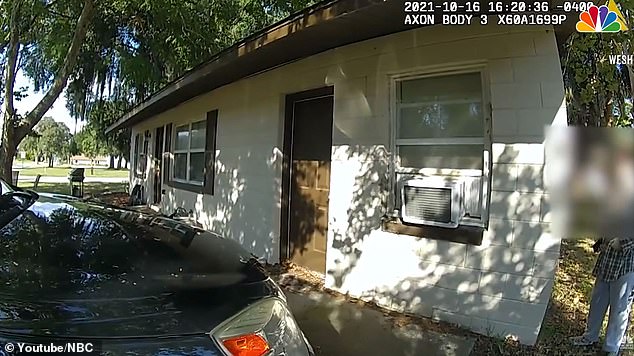 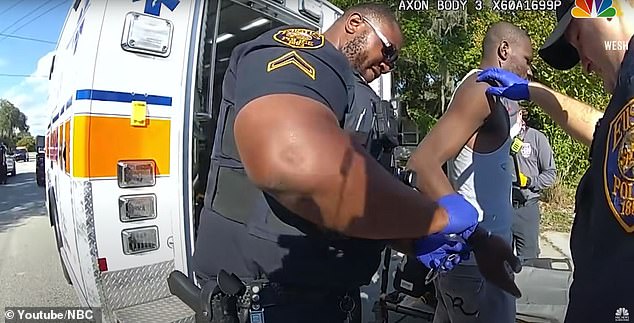 Grahai’s family later arrived to the scene in shock as they witnessed him being pinned to the ground with blood coming out of his ear.

His family also noted that Grahai, who is over six feet tall and still wears diapers, rarely wanders from home.

Crew also described to the network what she saw when she arrived at the scene.

‘And I seen my baby on the ground with Tasers. One taser in the back of his neck, on the side of his neck, his eardrum is bleeding,’ she added. 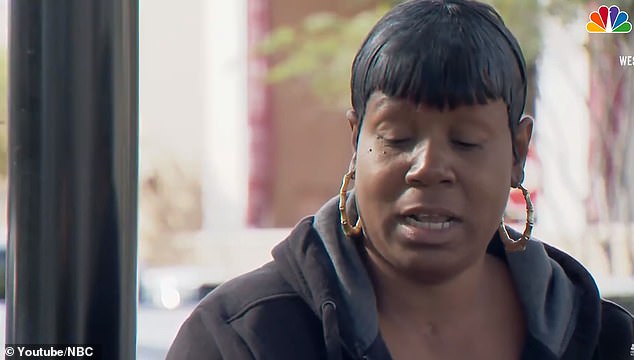 Crew’s son was taken to the hospital as he sustained damage to his neck and ear.

He was released on Tuesday morning and has to wear a neck brace. It is unclear if any criminal charges have been filed – or if the cops involved in the arrest will face disciplinary action.

‘He don’t speak. I can’t imagine. He can’t even holler out and cry to tell you you’re hurting him,’ Crew said.

‘If he didn’t went down when you tell him to. What is the next thing you’re going to to? Shoot him. That’s my worst nightmare, something happening to him.’ 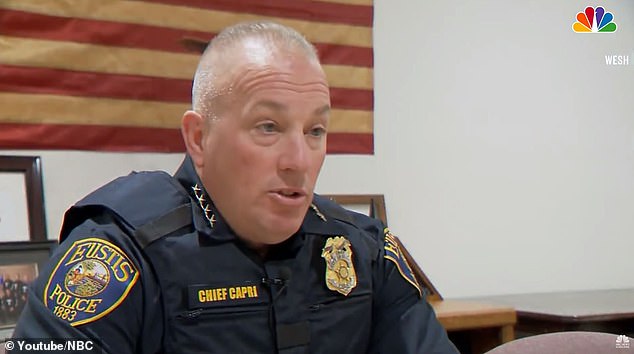 Eustice Police Chief Craig Capri said that the officers were doing the best they could in the situation, but added that had they known that Grahai was severely autistic, they’d likely have approached the encounter differently.

‘De-escalation was used here, based on the knowledge they had at the time,’ Capri told NBC Orlando.

‘Had they’d known this was a severely autistic person, I doubt any force would have been used.

‘I think they did everything right. It could have been a lot worse. Thank God it wasn’t.’