Woman, 23, is killed in ‘hit-and-run’ crash on one of London’s busiest roads

A 23-year-old woman was killed in a suspected hit-and-run smash on one of London’s busiest roads this morning.

Detectives are probing the fatality on Wood Lane, near to the junction with the Westway A40 in west London, just before 10am.

Police were told a person was in a carriageway badly injured from a road traffic collision. It is understood the vehicle involved in the crash did not stop at the scene near Wormwood Scrubs prison. 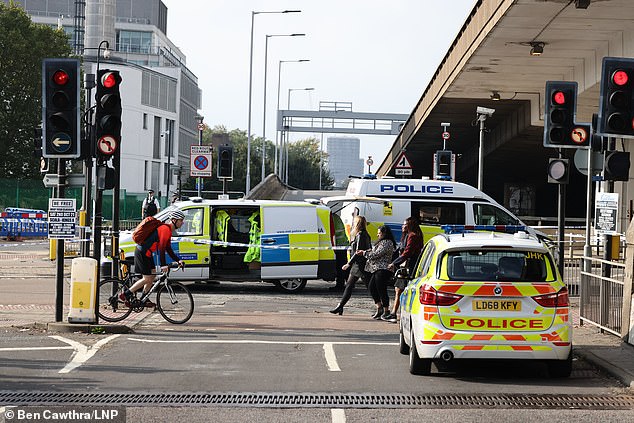 Emergency services at the scene at Wood Lane earlier today 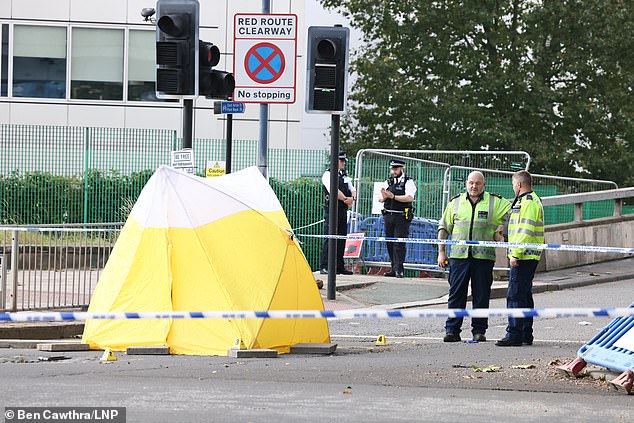 Road closures were in place for several hours and motorists were advised to avoid the area.

Any drivers are also being asked to check their dash-cam footage if they were in the area at the time.

A Met Police spokesman said: ‘Police were called to Wood Lane near to the junction with the Westway (A40) at 9.56am following reports of a person in the carriageway.

‘Officers attended with London Ambulance Service paramedics and found a woman, believed to be aged 23, who was pronounced dead at the scene. Her next of kin are yet to be informed.

‘Initial enquiries suggest her injuries were caused as a result of a road traffic collision.

‘No vehicles stopped at the scene and an investigation is underway.’ 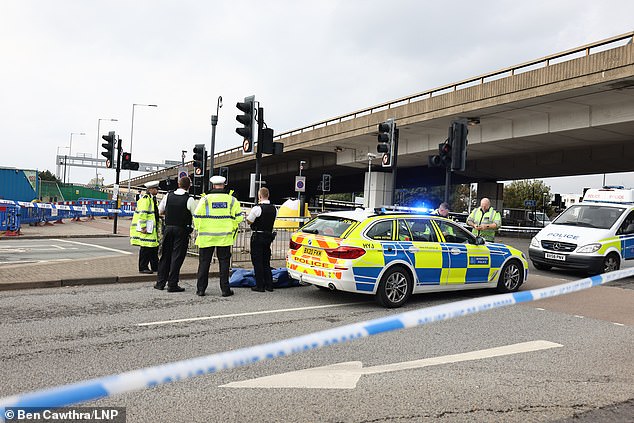 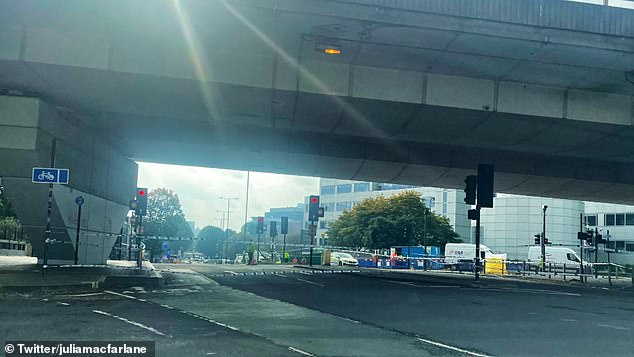 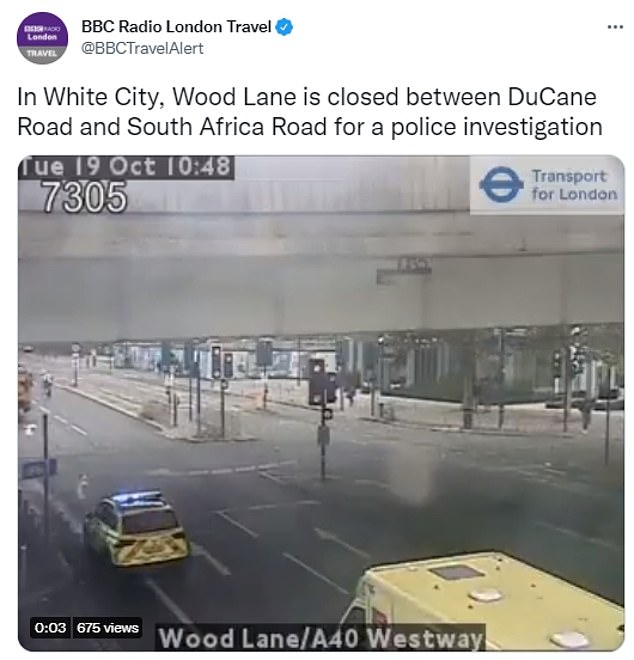 A London Ambulance Service spokesman added: ‘We were called at 9:54am this morning to reports of a road traffic collision in Wood Lane by the A40, west London.

‘We sent an ambulance crew, two paramedics in fast response cars and an incident response officer to the scene. The first paramedic arrived in less than seven minutes.

‘Sadly the patient died at the scene.’