A jailed footy fan has blamed ‘financial hardship’ for breaking WA’s strict border rules so he could attend the AFL Grand Final despite splashing out on a multi-million dollar home this year.

Prahran restaurant and bar owner ­Hayden Burbank, 49, was jailed for at least three months after travelling from Melbourne to Perth, breaching the state’s strict border regime.

Despite Burbank’s apparent financial struggles, he was still able to scrounge up enough cash to buy a lavish $4.8million Toorak home earlier this year. 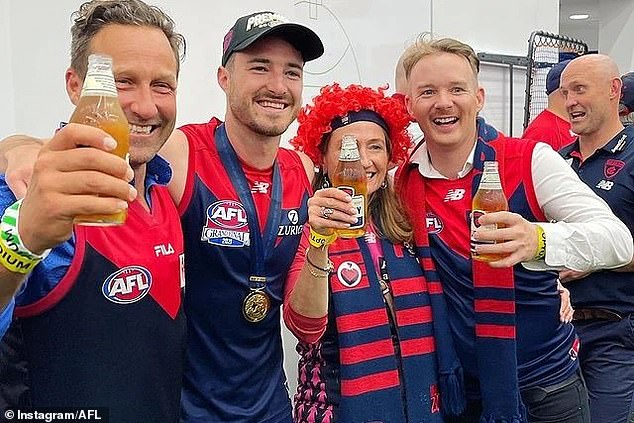 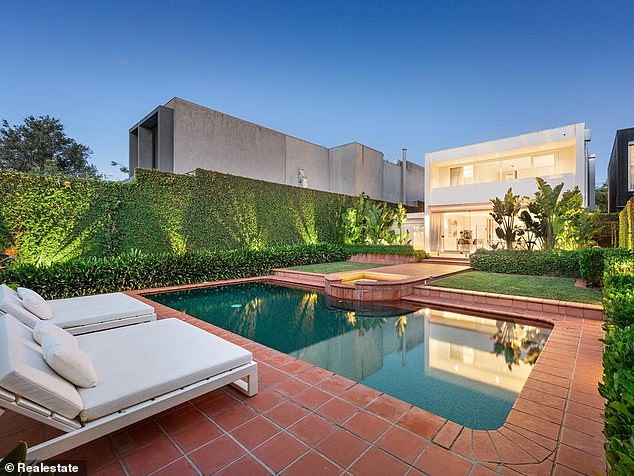 Mr Burbank splashed out $4.8m on a lavish property (pictured) in June

The two-storey abode on Ross Street was purchased in June by Burbank after he after moved out of his Mount St property in Prahran.

He also reportedly offered to host an exclusive all-expenses paid party at his cocktail bar for the wives, families and players of Melbourne Football Club.

His lawyer told the court that he was under ‘significant financial pressure’, reported The Herald Sun.

Burbank, who drives a flashy Range Rover, said he was in the midst of a financial crisis which saw him forced to shut his cocktail bar Morris Jones for 225 days during the pandemic.

His lawyer also claimed the 49-year-old had only had ­contact with his mother, ailing father and an unnamed ­’bubble buddy’ during Melbourne’s gruelling sixth lockdown.

‘The mental toll of lockdown has been significant,’ Mr Tehan said.

The court was told the former Melbourne and Carey Grammar student had also been diagnosed with bipolar, ADHD and depression in 2016. 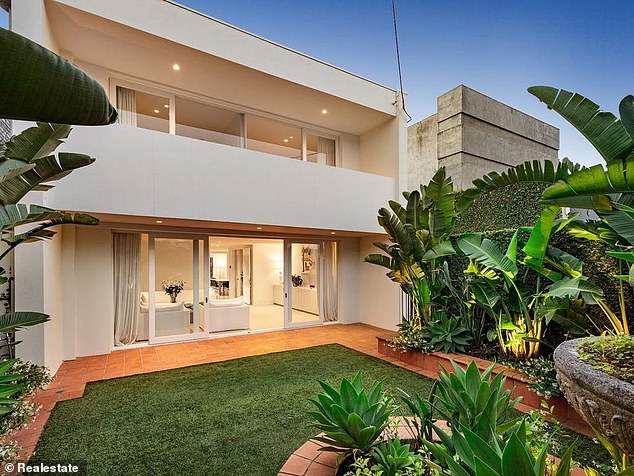 A medical report tendered to the court suggested Mr Burbank was in a ‘state of narrow hyperfocus’ as a result of his ADHD, contributing to his decision to travel to WA.

The court also heard Mr Burban was forced to stop seeing his $550 per session psychiatrist due to the financial toll of the pandemic.

During his Grand Final expedition, Mr Burbank and his friend, finance firm managing director Mark Babbage, 38, stayed in an Airbnb at Bunker Bay, an exclusive spot south of Perth.

After learning they were wanted by police the pair then checked into the Pullman Bunker Bay Resort before they were arrested on September 28.

The pair faced Perth Magistrates Court on Wednesday via videolink from Hakea Prison.

They pleaded guilty to three counts of failing to comply with a direction and one count of gaining benefit by fraud. 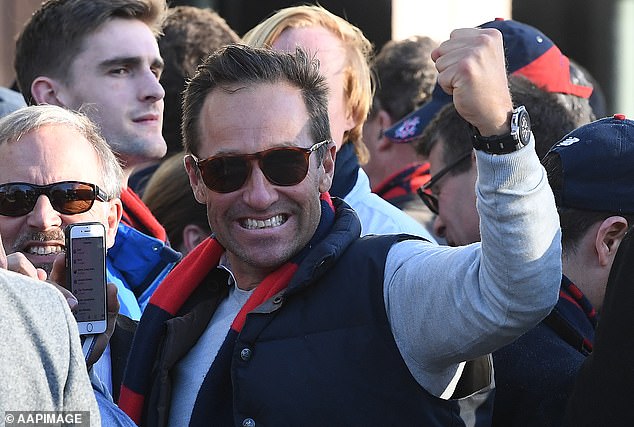 The 49-year-old claimed significant financial pressure but failed to mention the $4.8m dollar home he purchased in Toorak this year

Mr Burbank and Mr Babbage had arrived in Perth on September 22 after an application for a travel pass indicated they had spent the last 14-days in the Northern Territory.

Falsified documents including an ANZ bank statement, driver’s license, and tenancy agreements with a NT residential address were under the names of both men.

The men had flown from Melbourne to Darwin only eight days prior and were therefore ‘high-risk’ travellers who were not permitted to enter WA under its controlled border regime.

The pair attended the grand final at Optus Stadium on September 25 and were pictured posing inside the change rooms with Melbourne player Alex Neal-Bullen after the side’s drought-breaking premiership win.

Defence lawyer Seamus Rafferty, acting for Babbage, accepted the offending was serious but urged the court to impose a suspended prison sentence.

He told the court his client, a first-time offender, was ‘deeply remorseful’.

‘People became excited in relation to who was participating in the grand final, particularly one team that has been starved of success for a very long time,’ he said.

‘It is unthinking, it is callous to some degree because we all know we’re in a pandemic. It’s the old ‘she’ll be right’ … that’s really the thought process.’