Russian, 40, MARRIES girlfriend, 67, during her trial for nearly hacking him to death with an axe so he can demand the court does not jail his spouse

By Charlotte Mitchell For Mailonline

An assault trial in Russia was thrown into disarray after the victim proposed to his girlfriend who was accused of attacking him with an axe.

The unnamed man, 40, married the accused, 67, in an apparent bid to secure a more lenient sentence for his beloved.

‘During the trial, the man proposed to the defendant and they got married,’ the prosecutor general’s office in Tomsk, Siberia, said on Thursday.

‘As a spouse, he asked the court not to imprison’ the woman, the statement added.

Russian law states the crime comes with a maximum prison sentence of 10 years, however the woman was given a three-year suspended sentence with three years probation.

It is thought her marriage played a role in the relatively light sentencing.

The prosecutor’s office said the incident between the couple happened in 2019 while drinking with friends.

A statement said the woman ‘constantly quarrelled’ with her partner ‘because of his unwillingness to maintain cleanliness and order in the apartment.’

‘She came up behind the man who was busy watching TV and struck him with an axe multiple times in the head, ribs and neck,’ the prosecutor’s office said in a statement.

Police and medics were called but the man attempted to convince them that he had injured himself in an accidental fall.

The woman’s sentence is yet to come into force and could be appealed, the statement said.

It is not clear how the couple became married while the woman was on trial, though it appears the charges against her were brought by authorities, rather than her partner. 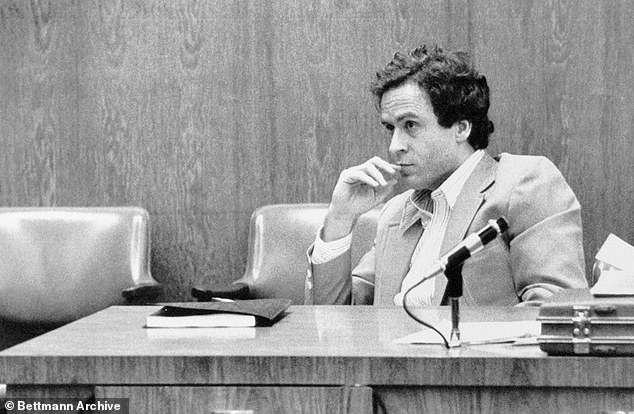 While unusual, getting married during a trial is not entirely unheard of.

Boone accepted and Bundy declared them married there and then, making use of an obscure item of Florida law, which stated that a couple could become married by declaring themselves married in a courtroom with a judge present.

It is not clear if the move was intended to secure a lighter sentence for Bundy, who had already been convicted of two murders in his first trial a year earlier.

If so, it was unsuccessful, as Bundy was convicted and sentenced to death.