The leader of a crime-busting vigilante group whose divisive Teesside security business appeared on national television has been exposed as a drugs kingpin in a £17.25 million cocaine ring.

The former boxer and soldier became a cult figure in the area after insisting he could protect homes and keep residents safer than the local police force.

Among his clients were big names such as Holiday Inn, with pictures posted of his staff outside a Middlesbrough branch of the hotel chain.

Redcar MP Anna Turley also indirectly referenced Watson’s security business in Parliament, saying locals were ‘losing such confidence in the ability of the police to protect them’. 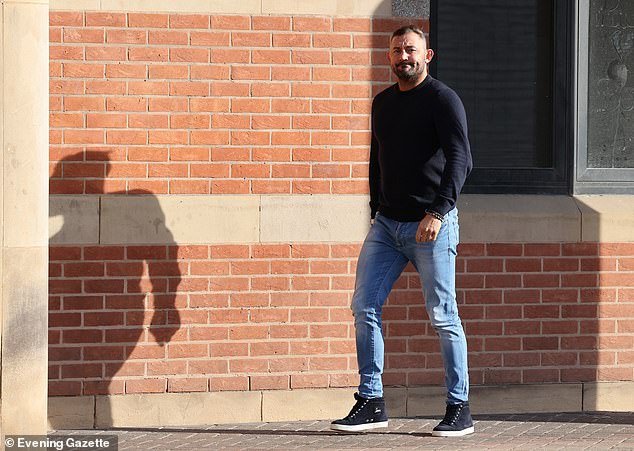 John ‘Winky’ Watson outside Teesside Crown Court, where he and two co-defendants have been convicted of conspiracy to supply class A drugs 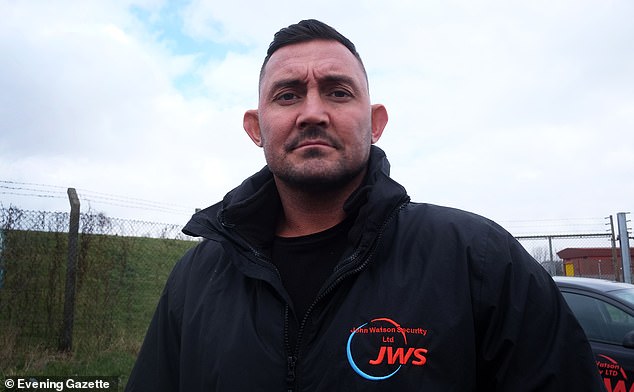 She added: ‘I’m deeply worried about the legality of such companies, and the fact that vulnerable people are feeling obliged to pay for protection because they have no faith the law is being upheld.’

However, he was found guilty of forming part of a sophisticated drugs ring that couriered vast quantities of cocaine at Teesside Crown Court on Wednesday.

Loathed by politicians and police, Watson appeared on GMB to speak about his claims of providing protection for residents amid diminishing confidence in police.

He told host Kate Garraway: “There is a large demand in my community, it is very high in crime.

Watson faced accusations regarding thoughts that approaching elderly people to ‘bang on doors’ could be seen as ‘a little bit sinister’.

Defending his business, though, he said: ‘I understand that but I don’t actually bang on any doors. People are actually coming to me.

‘I’ve never banged on one door. I’ve never made anyone sign up, they’ve actually come to me.’

Asked if locals felt under pressure to sign up for his protection, he added: ‘I understand that but it’s just like you saying one house has CCTV do you feel pressured that you need to get CCTV?’ 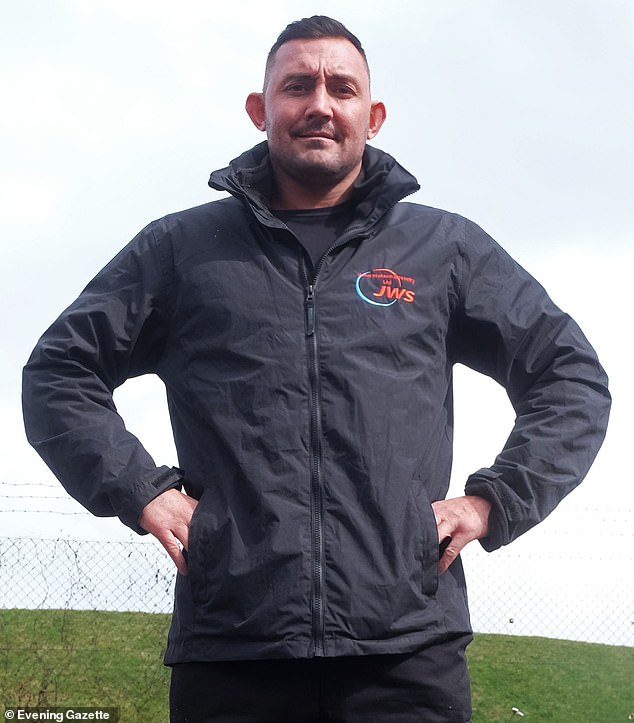 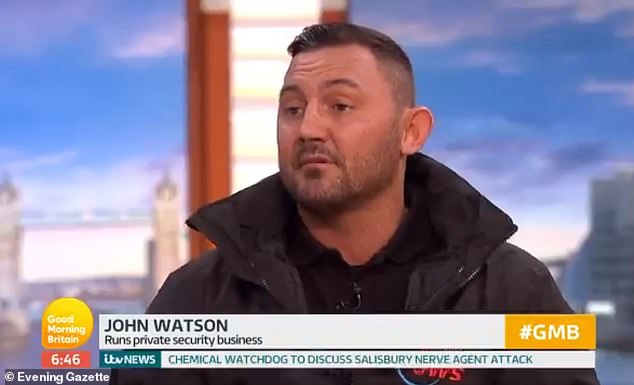 Watson returned to the national limelight in 2019 when he featured in Channel 4 documentary Skint Britain, which showed him hitting a punchbag inside Redcar Boxing Club.

The show followed him around Hartlepool as he signed new customers to his security firm.

He said: ‘These people work long hours and they don’t want some little b****** going up and robbing your belongings.’

While claiming to protect residents, though, Watson was actually the kingpin of a gang flooding the streets with class A drugs.

A month-long trial heard how he was the group transported cocaine from Merseyside to Teesside between September 2015 and October 2016.

The 16-stone former member of the Green Howards regiment was on trial alongside co-defendants Steven Beazley, 39, and Craig Costello, 38. 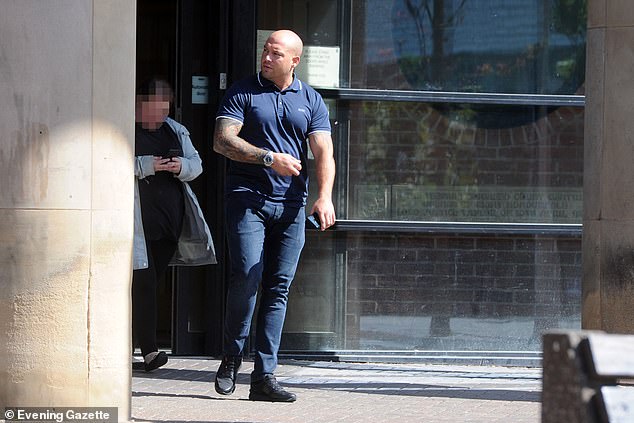 Craig Costello, one of Watson’s co-defendants, outside Teesside Crown Court. The gang will be sentenced at a later date

A fourth man, 43-year-old David Wright, pleaded guilty to supplying class A drugs prior to the trial.

The group were snared by Cleveland Police after detectives identified thousands of calls and texts between the trio, who became known as ‘The Gainsborough Gang’.

Those calls and texts were related to discussions involving cocaine being couriered in from Merseyside and payments amounting to tens of thousands of pounds in cash.

Watson denied everything, telling the court that the calls were merely “mates calling their mates”.

Watson, Beazley and Costello denied conspiracy to supply class A drugs, but were found guilty by a jury on Wednesday. The gang now face lengthy jail time and will be sentenced at a later date.

Despite the conviction, though, a manager said the business ‘will be running as usual’.

The man, named Josh, added: ‘The business will go on as usual of course. We will have to wait and see what the sentence is first.

‘But the business will be running as usual.’