‘At least they aren’t piranhas!’ Comic moment worker is knocked into the water as he releases hundreds of fish into a Brazilian lake

This is the comic moment a worker took an expected dip while restocking a lake with fish in Brazil.

The slapstick incident saw the worker swept off the back of a truck by a torrent of water as hundreds of fish were released into the pond in Prata, Minas Gerais.

Curiously, the man’s colleague – as well as the person filming the moment – did nothing to help him and instead carried on with what they were doing.

Viewers who watched the footage, filmed on October 12, said the second man’s nonchalance suggested it was not the first time such a fall had taken place.

The person filming said afterwards: ‘We went to record the video to post on the fisherman’s page when a batch of fish arrived.

‘Then it turned out the guy responsible for opening the lid slipped and fell into the pond.’ 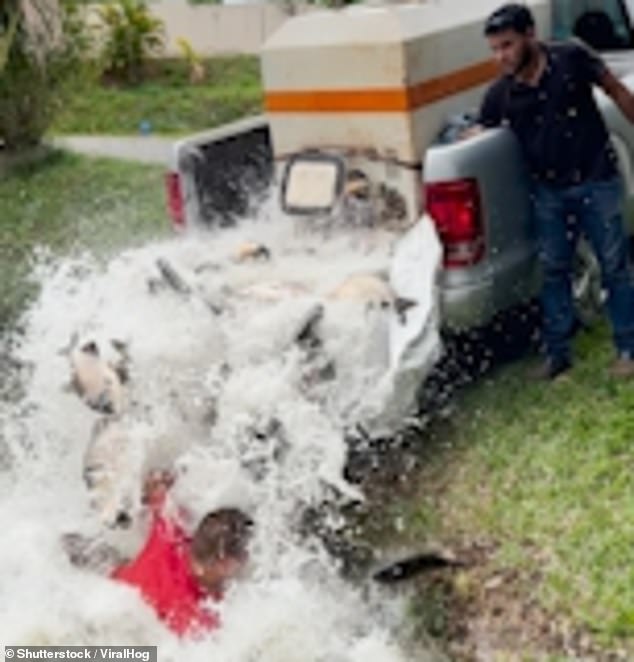 The man was responsible for restocking a fishing lake in Prata, Minas Gerais, Brazil when he made the hilarious gaffe 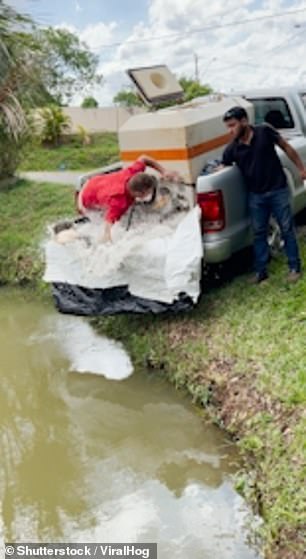 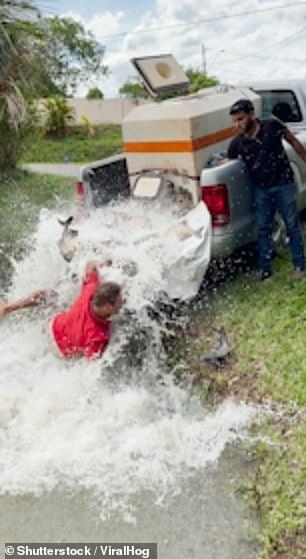 One commenter quipped: ‘This gives “You’re gonna sleep with the fishes” a whole new meaning.’

Another remarked: ‘Something is fishy about the whole situation’.