A Texas man has been charged in federal court with threatening former Baltimore health commissioner and CNN analyst Doctor Leana Wen over her support of COVID-19 vaccines.

Scott Eli Harris, 51, of Aubrey Texas, appeared at District Court in Maryland on charges of sending threatening and racist messages via cellphone to Wen, 38, in July 2020.

In the texts provided by authorities, Harris allegedly scolded Wen for being of Asian descent and tells her that he’s not going to take the vaccine.

‘Never going to take your wonder drug. My 12-gauge promises I won’t,’ Harris allegedly wrote. ‘I’m a 5th generation U.S. Army veteran and a sniper. I can’t wait for the shooting to start.’

He also allegedly used racist slurs and other language deemed as offensive against Wen, who was born in Shanghai, China.

Wen regularly appears as a medical analyst on CNN. 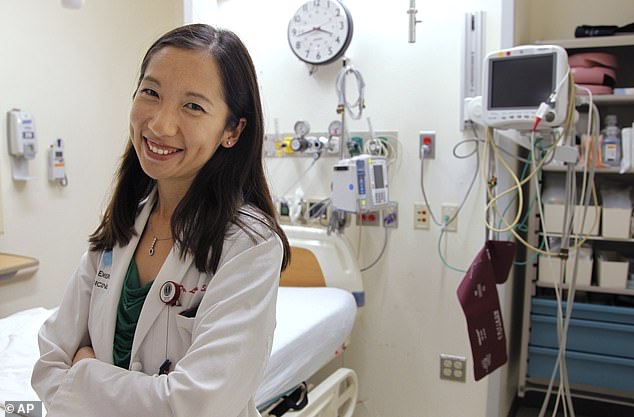 Dailymail.com has reached out to Dr Wen’s media representatives for comment.

The indictment was handed up on September 29, and unsealed Tuesday prior to Harris’ arrest in Texas, where he will have his initial appearance on Wednesday.

‘We take seriously threats and intimidation, and this charge makes clear that such conduct will be prosecuted federally,’ said United States Attorney Erek L. Barron.

‘We will continue to work with our law enforcement partners to investigate and prosecute those making such threats.’

If convicted, Harris faces a maximum sentence of five years in federal prison. Actual sentences for federal crimes are typically less than the maximum penalties. 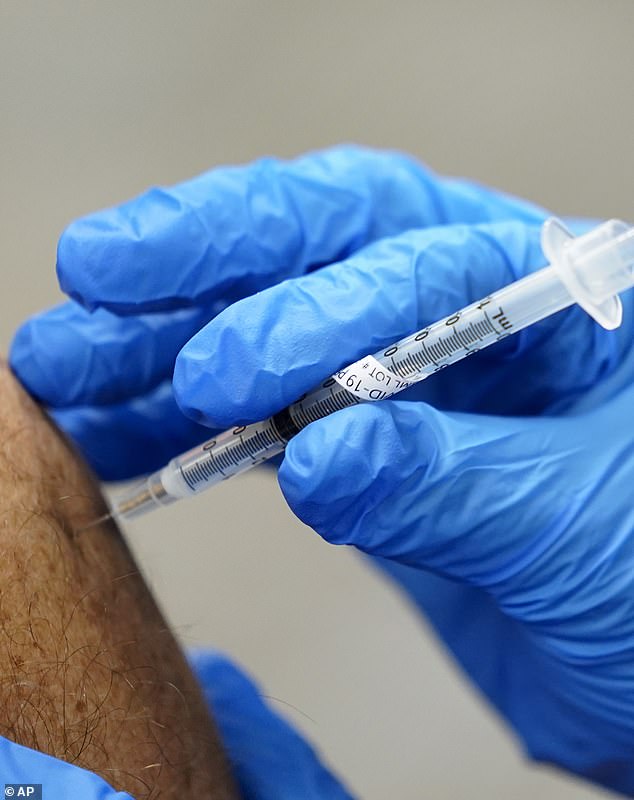 Scott Eli Harris, 51, of Aubrey, Texas, allegedly sent a threat to the doctor on July 12, 2020, that included violent statements like: ‘Never going to take your wonder drug,’ referring to the COVID-19 vaccine

Harris is expected to have an initial appearance in U.S. District Court in Baltimore at a later date.

No attorney representing Harris was listed in court records.

In a similar incident, Maryland federal prosecutors charged a West Virginia man in July with threatening Dr. Anthony Fauci and his family.

Thomas Patrick Connally, Jr., 56, sent the chilling messages to Fauci, the chief medical advisor to President Joe Biden, on July 21, according to a criminal complaint filed Monday in US District Court in Maryland.

In his most recent message on July 21, Connally wrote: ‘I would encourage you to buy a gun, stick the barrel in your filthy elf maw, and pull the trigger.’

An email from December 28 stated, ‘Hope someone takes a baseball bat to your dirty lying elf skull and puts your (sic) out of your misery, you sickening vile piece of criminal DOG S***.’

The subject line on another dated May 27 reads, ‘Cutting your scalp off and sewing it onto a rat. 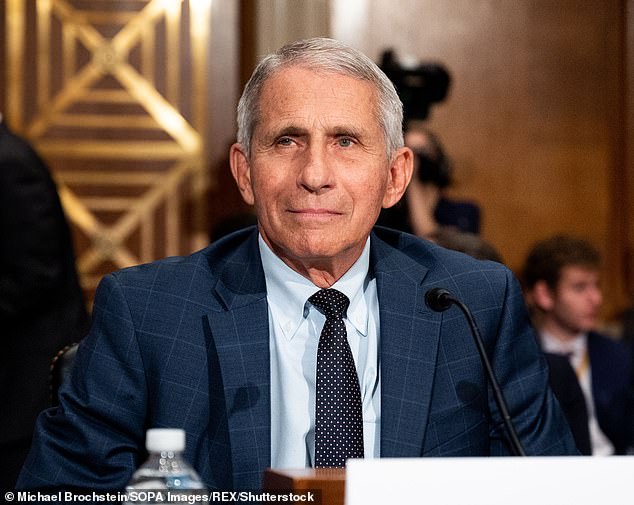 Dr. Anthony Fauci received the violent email messages from December to as recently as July 21

The messages Connally allegedly sent threatened the immunologist and his family.

‘You and your disgusting wife an daughters are getting 6 mandatory shots to their disgusting pig snouts while you watch,’ Connally allegedly wrote in one email dated April 24.

‘You and your entire family will be dragged into the street, beaten to death, and set on fire,’ he continued.

Fauci, 80, married bioethicist Christine Grady in 1985, whom he met at the National Institutes of Health.

‘She went to school to get her Ph.D in philosophy, worked, and had three children,’ he told the Financial Times in 2015.

They have three adult daughters: Jennifer, Megan and Alison.

Connally used a ProtonMail account to send the disturbing messages, according to the Department of Justice.

ProtonMail allows users to send end-to-end encrypted emails. The company is based in Switzerland.

Law enforcement officials got the emails from a mail.com account Connally allegedly used to communicate with the encrypted address.

According to court documents, they also matched his ProtonMail username, Naturtheater Alhena, to an Instagram account created using an IP address linked to a property rented by Connally. 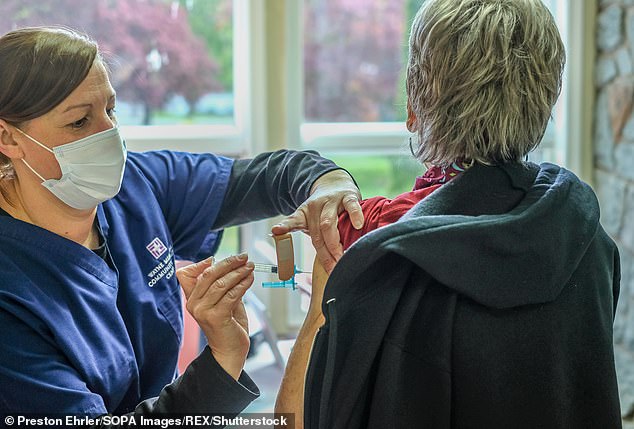 Connally was against vaccine mandates and threatened to forcibly vaccinate Fauci’s daughters. Above, a woman gets her Covid shot May 12 in Milford, Pennsylvania

On April 24, Connally allegedly sent seven threatening emails in seven minutes to Dr. Fauci, who is also the head of the U.S. National Institute of Allergy and Infectious Diseases.

‘Your daughters will be hunted, captured, tortured and shot in the back of the head if you say one more word about ‘mandatory vaccines’ you vile piece of disgusting crypto-k*** freemason DOG S***,’ he allegedly wrote, using an anti-Semitic slur.

Just 30 minutes earlier, he had sent four messages to Dr. Francis Collins, 71, the director of the National Institutes of Health. 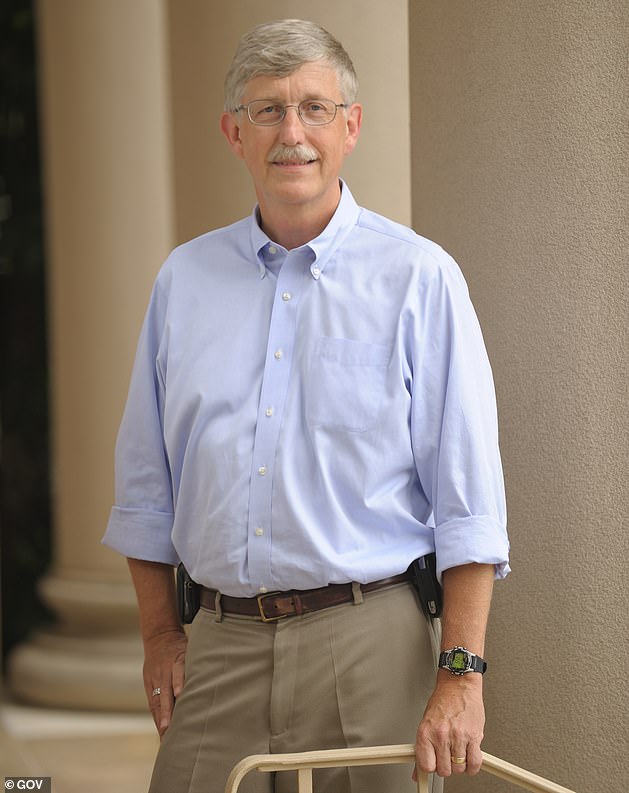 Dr. Francis Collins, head of the National Institutes of Health, was also a target of Connally’s

He allegedly repeatedly cited Fauci’s HIV/AIDS research in the 1980s, espousing far-right conspiracy theories about the doctor’s work on the virus.

‘Kary Mullis (RIP) called you a LIAR and a FRAUD,’ he said in one message.

Mullis, who invented the polymerase chain reaction (PCR) technique that allows for today’s Covid-19 tests, was an ‘AIDS denialists’ who believed HIV infection did not lead to AIDS. People of that belief sometimes steered patients away from life-saving anti-retroviral drugs, according to the journal Nature Medicine.

‘Our public health officials deserve our thanks and appreciation for their tireless work, and we will not hesitate to bring charges against those individuals who seek to use fear to silence these public servants,’ he added.