The Pentagon exodus over falling behind China: Now the head of foreign arms sales resigns after just 14 months after speech where she said Beijing would will the void left by the US refusing to sell weapons to allies

The top Pentagon official in charge of overseas arms sales announced on Wednesday she was leaving a day after warning that U.S. limits on sharing technology had allowed strategic rivals to corner the market in selling military hardware to the Middle East.

Although Heidi Grant did not mention China by name in her remarks to the Association on Tuesday, she did not need to.

Earlier this week, the Pentagon’s first chief software officer said he resigned in protest because he could not bear to watch China overtake the U.S.

The departures come with tensions high between Washington and Beijing, with both sides jockeying over the status of Taiwan.

Grant’s departure was announced with a notice on the Defense Security Cooperation Agency website, saying she ‘had been considering this transition for some time.’

But a day earlier she warned that the U.S. needed to consider whether blocking arms sales to allies would leave the market to ‘strategic competitors.’

‘We have to look at this and say, if we’re not there, our strategic competition is going to fill the void,” she said, according to Defense One. ‘And is that riskier than transferring our high-end technologies?’

Heidi Grant said she was stepping down as director of the Defense Security Cooperation Agency a day after warning that U.S. arms sales policy had let China gain influence in the Middle East. It comes after Nicolas Chaillan said he resigned as the Pentagon’s first chief software officer because he could not stand watching China overtake the U.S. 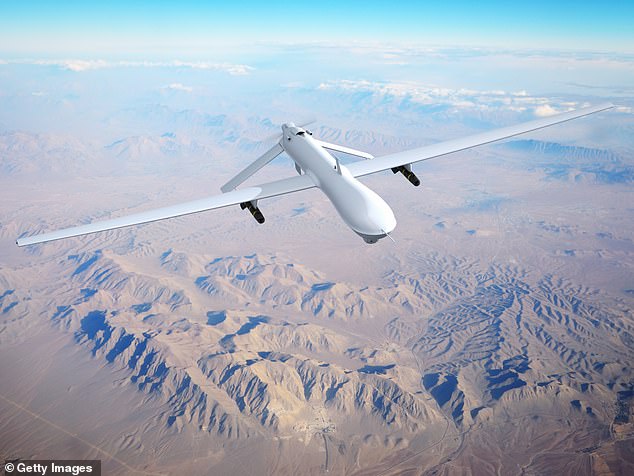 Before President Trump eased restrictions, the sale of large drones was generally limited to close NATO allies under the terms of the international Missile Technology Control Regime.

Grant, the first civilian to lead the agency, referred specifically to controversy over arms sales to Jordan, Saudi Arabi and the United Arab Emirates.

The incoming Biden administration ordered a review of sales authorized by the Trump administration amid concerns they might be used in Yemen, where air strikes have been blamed for civilian deaths.

Before Trump, the sale of large drones, such as the MQ-9 Reaper, had generally been limited to close allies such as NATO members France and the U.K. under the terms of the international Missile Technology Control Regime.

‘Our policies of the time were, we’re not going to transfer that technology,’ said Grant.

‘So guess what? Our strategic competitor transferred that technology, and have a significant footprint of training bases for unmanned [drones] in Jordan, Saudi Arabia, UAE.

The Pentagon did not immediately respond to a request for comment on whether her departure was related to the remarks.

The rise of Chinese sales to the region was spelled out by the Stockholm International Peace Research Institute in a report earlier this year.

Grant’s departure came days after it emerged that another senior official had quit over concerns that China was leapfrogging the U.S. in military technology.

Nicolas Chaillan told the Financial Times he left because of the slow pace of technological transformation in the U.S. armed forces.

‘We have no competing fighting chance against China in 15 to 20 years. Right now, it’s already a done deal; it is already over in my opinion,’ said Chaillan, who spent three years on a Pentagon-wide effort to improve cyber security.

He said Beijing was on its way to global dominance because of its advances in artificial intelligence, cyber capabilities and machine learning.

Those were more important, he added, than new hardware such as the F-35 warplane.

In contrast, he described cyber defenses in some government department as ‘kindergarten level.’