‘Locked down to locked up’: Extraordinary moment man ‘breaches his bail’ by lowering himself off his high-rise apartment balcony and dropping into the room below

The moment a man locked in a hotel room allegedly breaches his electronic bail by climbing down the outside of a high-rise building has been caught on camera.

The video shared to TikTok on Tuesday shows the man dressed in a shirt, red cap, gloves and what appears to be a backpack scaling the outside of his balcony railing about 15 floors high and climbing onto the balcony below.

Auckland police confirmed they attended the Barclay Suites building in Auckland at about 2pm and arrested a 34-year-old man who allegedly breached his electronically monitored bail. 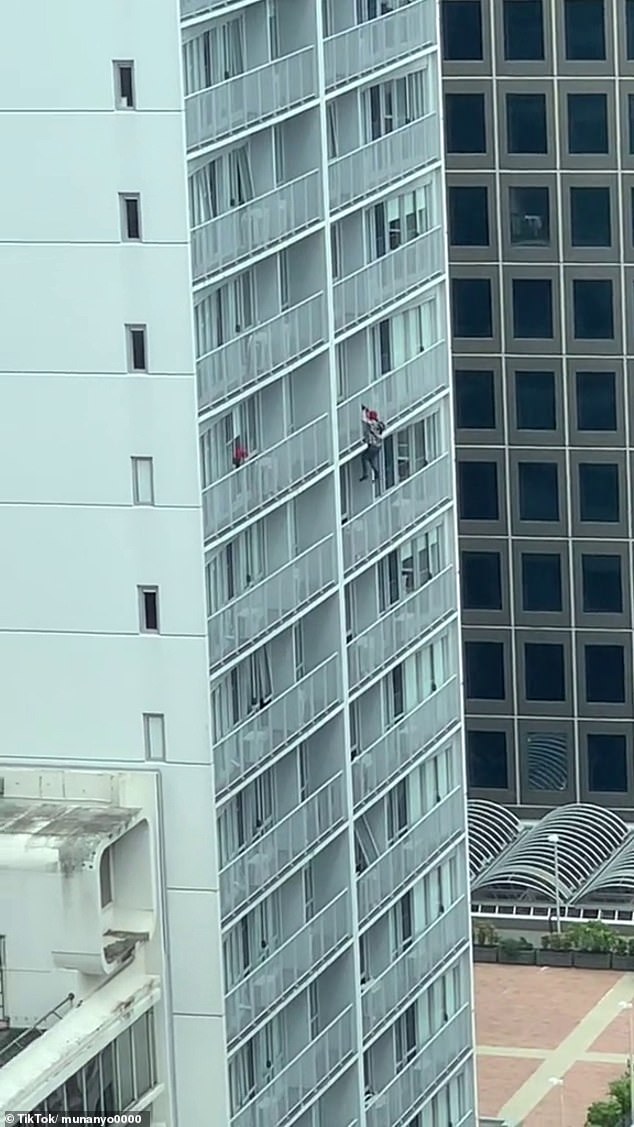 The man, 34, can be seen wearing a checked shirt, red cap, black gloves, and what appears to be a backpack as he climbs down the outside of the building (pictured)

The clip shows the man standing on the outside of the railing to his balcony with a sheer drop below and then shuffling sideways across the building.

He then drops himself off the cement balcony – holding onto the railing with just his hands and with his feet dangling in the air.

He manages to get a footing on the railing on the floor below and maneuver himself down onto that balcony – as shocked bystanders watch from the street and their balconies.

Three police cars gather on the street below and one officer can be seen sprinting inside the building.

People commenting on the clip said the stunt was not worth the risk.

‘Locked down to locked up,’ one person said.

‘He will finish his quarantine in the cells,’ agreed another.

‘Lockdown has people climbing up the walls literally,’ added a third.

‘This gives me so much anxiety’ a fourth said. 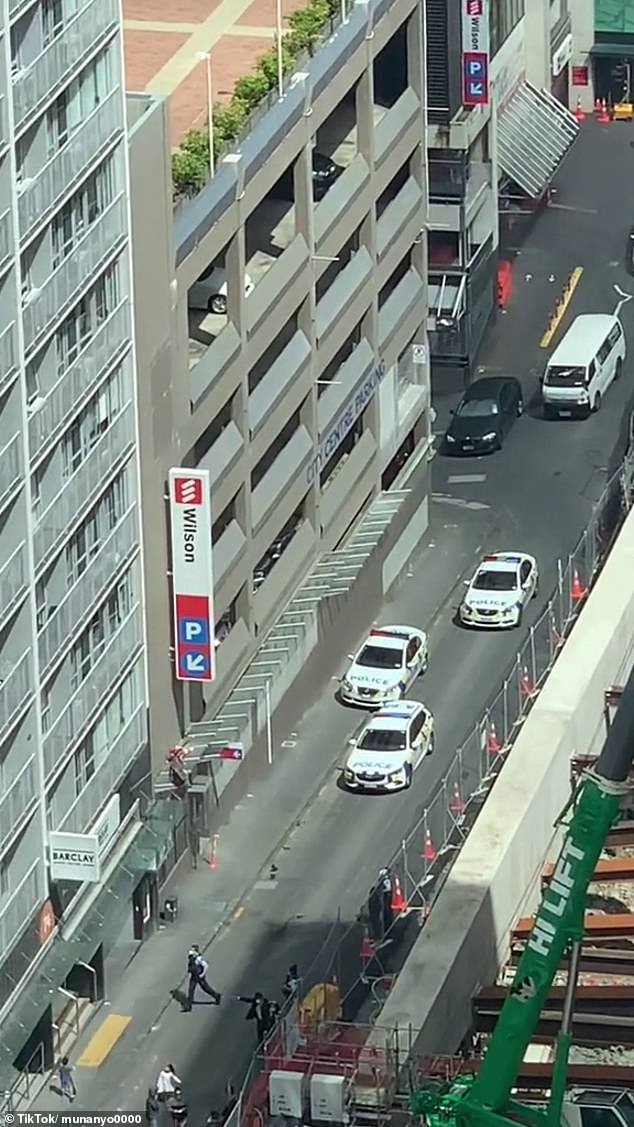 On Monday, Auckland’s level three lockdown was extended for at least another week as the city battles to contain a Covid outbreak.

The Barclay Suites building is not an official managed isolation quarantine facility.

A receptionist at the building told Stuff she was not on shift when the incident occurred between 1.45pm and 2.15pm but confirmed the man had been a guest at the hotel.