A glamorous young traffic controller has sent a blunt message to her high school teachers who warned her she would be ‘poor’ if she didn’t go to university.

Alexandra Carnovalee, 18, uploaded a video to TikTok claiming she makes double the amount of money her teachers are currently earning.

The Sydney woman is seen posing with a colleague in her high-vis uniform as captions on the screen read ‘Teachers: ‘go to uni or else you will be poor’. 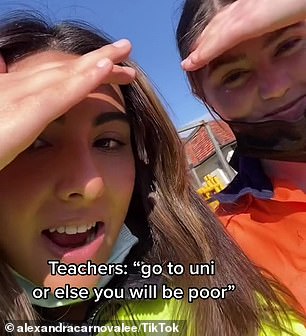 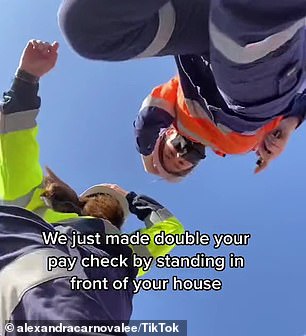 A young traffic controller has issued a brutal message to high school teachers who pushed her to attend university, claiming she now makes double what they earn

The lollipop ladies begin to dance in a circle as another caption reads ‘we just made double your pay check by standing outside your house’.

The TikTok video has since received over one million views with dozens of young girls asking the glamorous graduate how she landed the job.

However, some viewers took offence to the young traffic controller claiming all teachers pushed their students to attend university.

‘I really don’t encourage my students to go to uni unless they want to pursue a career that needs further education or experience,’ one teacher commented.

‘Not many teachers are like this but there’s a few who push uni a lot,’ she replied. 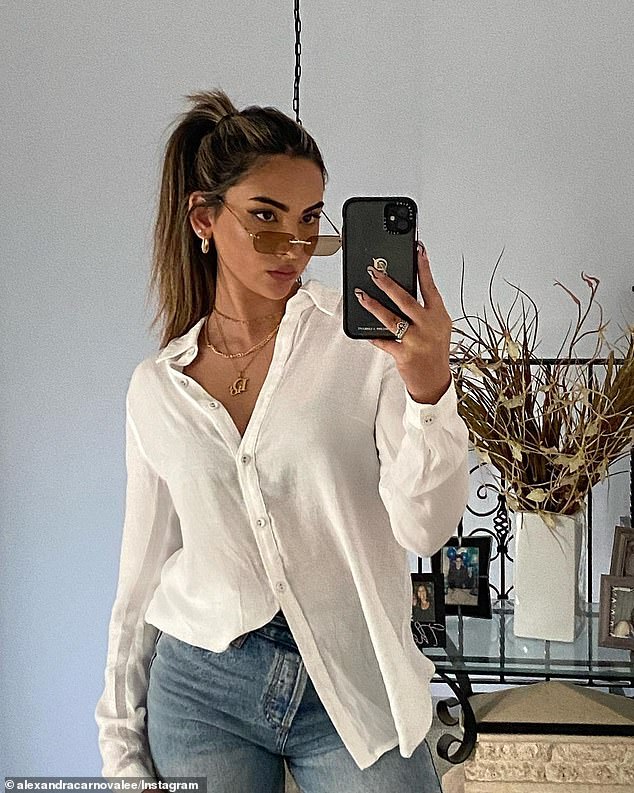 Alexandra Carnovalee, 18, (pictured) works as a traffic controller in Sydney and regularly posts Tik Tok videos of her experiences onsite

Ms Carnovalee was forced to defend her message in the comments of the video.

‘To clarify, this video is just a trend. I’m not putting anyone down for going to uni!’, she explained.

The 18-year-old said working as a traffic controller was not her life-time career but was ‘good money’ for someone who had just graduated from high school.

‘Don’t drop out of school to do this please! Do whatever makes you happy!’ she said.

Other commenters asked Ms Carnovalee how she got the lollipop lady gig. 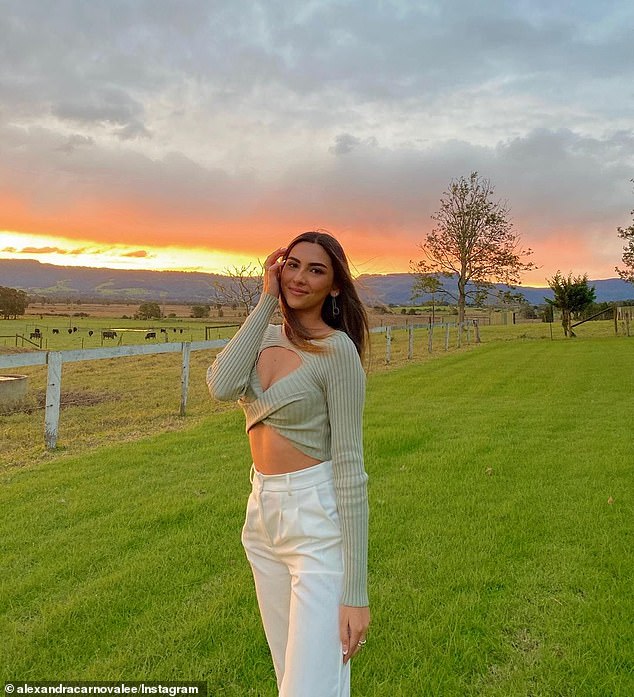 She told viewers she had completed a three-day course and then a practical exam.

‘After completing your TC courses just email a bunch of different companies, they are always looking to hire people,’ the traffic controller encouraged.

It comes after a high school dropout revealed she earns more than $1770 per week working as a lollipop lady – a job which can pay up to $130,000 per year.

Belinha Ferreira uploaded a video to TikTok detailing how much she makes each day controlling traffic at constructions sites in Melbourne.

In a series of text captions placed over clips of the 21-year-old dancing she outlined the number of hours she worked versus how much she was paid. 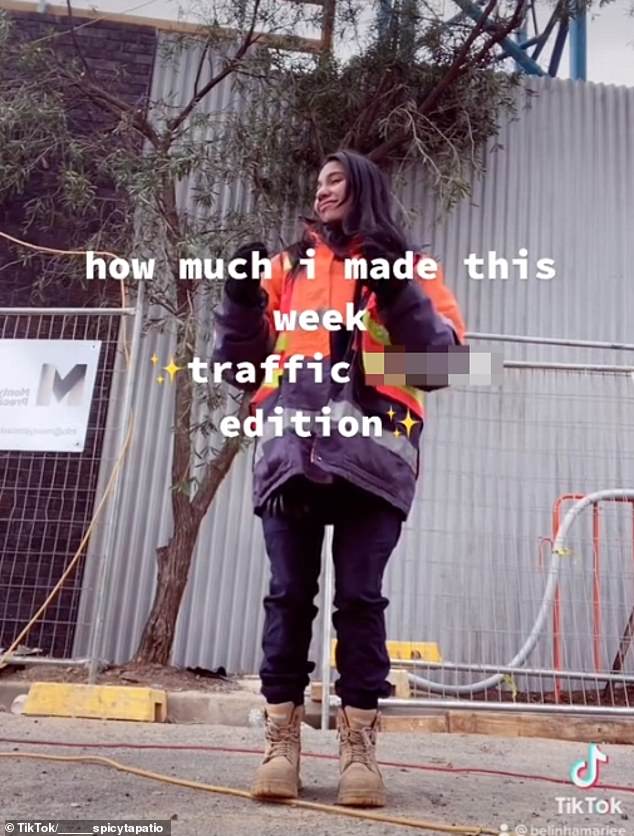 Pictured: Belinha Ferreira, 21, working at a construction site where she is paid well above minimum wag

She worked about 46 hours that week, which is eight hours longer than a regular desk job, but Ms Ferreira explained in the comments that she is often paid overtime.

‘I make however much I can make when I can cop the hours,’ she wrote.

‘I do get overtime hours a lot which results in more money.’ 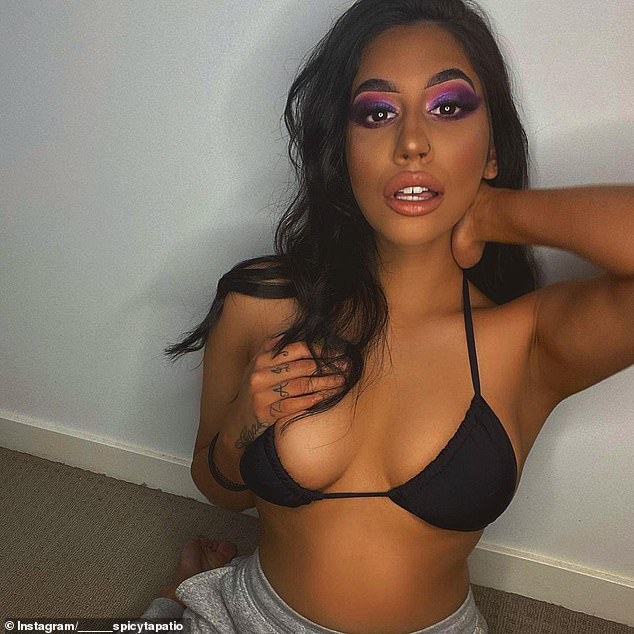 Ms Ferreira (pictured) said she dropped out of school in Year 10, but she now earns more than teachers 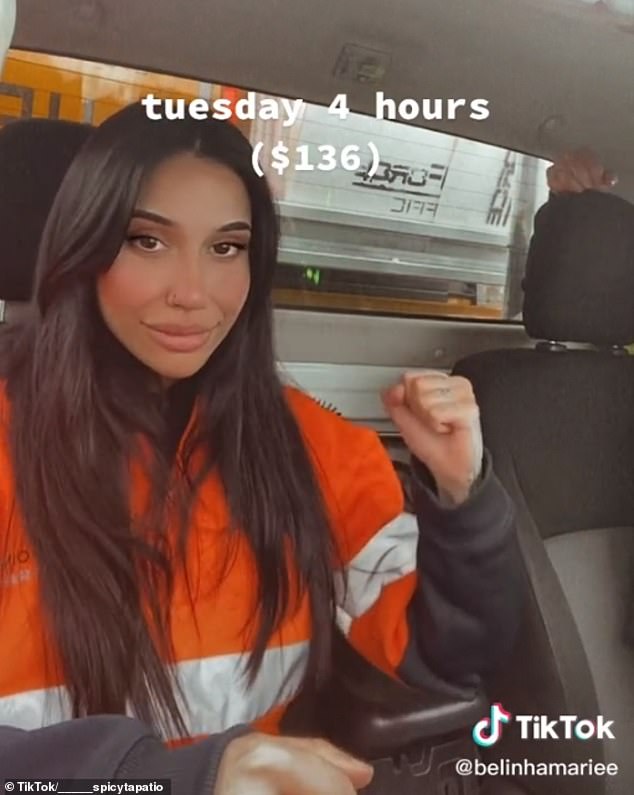 Belinha Ferreira (pictured) said standing up for hour is tough, but she perseveres with pain killers

The young woman also revealed she is given travel and meal allowances on top of her pay packet.

HOW MUCH DOES A LOLLIPOP LADY MAKE?

Traffic controller Belinha Ferreira outlined how many hours she worked versus how much she was paid:

One social media user was baffled as to how Ms Ferreira wound up controlling traffic.

‘Tell me you didn’t try in school,’ they wrote.

The young woman replied: ‘True cos I dropped out in Year 10.’

The user piped up again and asked if she had any regrets.

‘Do you regret it? I don’t know what I would do with my life if I did that,’ they said.

Again, the construction worker replied: ‘Not at all, to be honest.’

An ex traffic controller asked how she manages the long hours.

‘How do you deal with standing for all those hours? I had to quit because it was so painful,’ she asked.

Ms Ferreira wrote: ‘I honestly push through it after the eighth hour and if it’s really bad I’ll have Nurofen and I’m fine.’

Last year it was revealed that traffic controllers in Melbourne make at least $105,000, depending on project costs.

Unions say wages are just a fraction of those cost and they are deserved because workers do long hours in dangerous conditions. 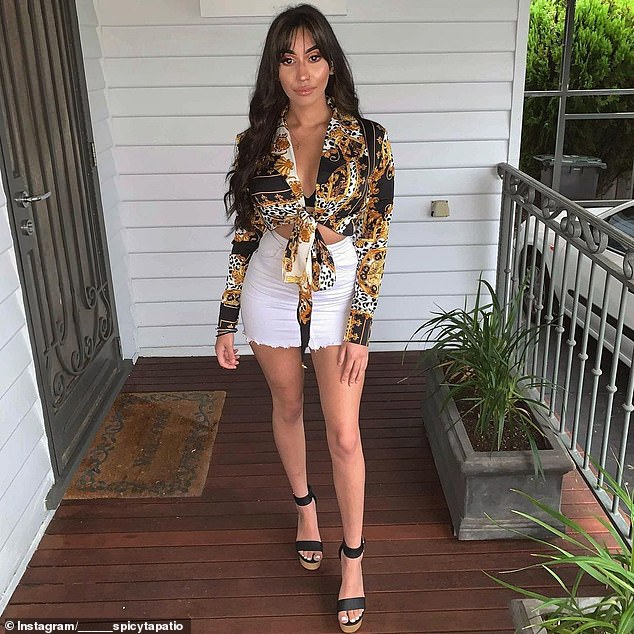 Others in Sydney said they earned $130,000 a year and some patrolling the lonely outback highways of the Northern Territory almost as much.

One Sydney woman previously told Daily Mail Australia that she ditched her job as a teacher to become a traffic controller.

‘I was looking for a change of lifestyle. I was working as a teacher but this pays a lot more.’ 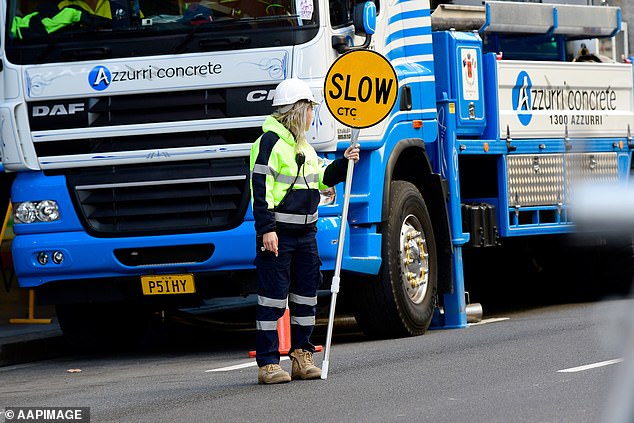 The Construction, Forestry, Mining and Energy Union member earns over $40 an hour and also receives a $45 per day travel allowance and a $22 meal allowance.

Depending on the size of the project, she is also paid a site allowance of between $2.10 and $3.95 per hour.

Pay varies from state to state, but workers can pocket about $26 an hour to $55 an hour depending on the job, according to online job site Indeed. The jobs usually include penalty rates, allowances and superannuation.

The salary is justified though, industry insiders say, as traffic controllers have to stand outside in all weather and they generally cop abuse from the public.