A new mom who got COVID-19 while she was pregnant – and gave birth to her baby 14 weeks early to save him – was denied a double lung transplant just before she was set to board a helicopter for surgery because her insurance wouldn’t pay for it.

Day care worker Gabriela Acuna, 29, had been in and out of the hospital by the time she had an emergency C-section September 13 at just 26 weeks pregnant.

As of Tuesday, she still has four tubes in her chest and needs constant attention.

She was revived after going into cardiac arrest on October 1, and her family thought the worst had passed when they were promised that Acuna would be flown to California for a lung transplant.

But the rug was pulled out from under them when the hospital called and said the helicopter had flown off without her on October 6.

‘Medicaid denied her last minute. The helicopter arrived at the hospital awaiting her and they let it fly away,’ her sister Paula Olmeda told KLAS. ‘It wasn’t until the following day that we learned that Medicaid in the State of Nevada does not approve lung transplants.’

The Nevada Department of Health and Human Services, which runs the state’s Medicaid program, did not immediately respond to a request for comment from DailyMail.com. 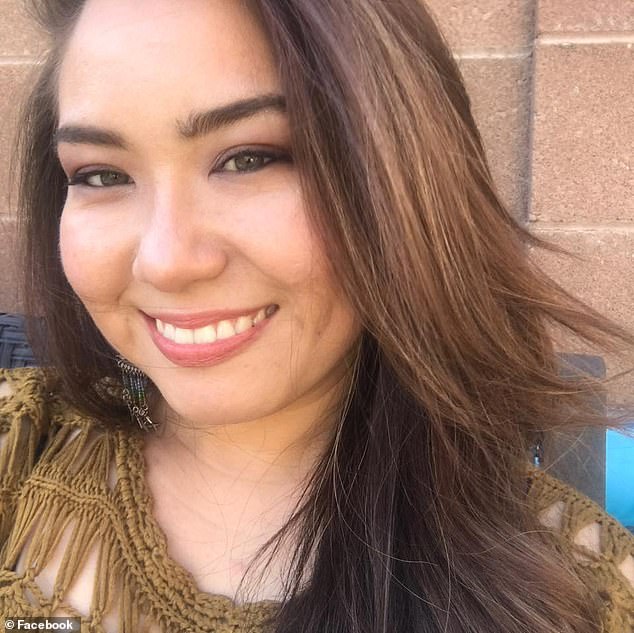 Day care worker Gabriela Acuna, 29, was unvaccinated and hospitalized with COVID in August 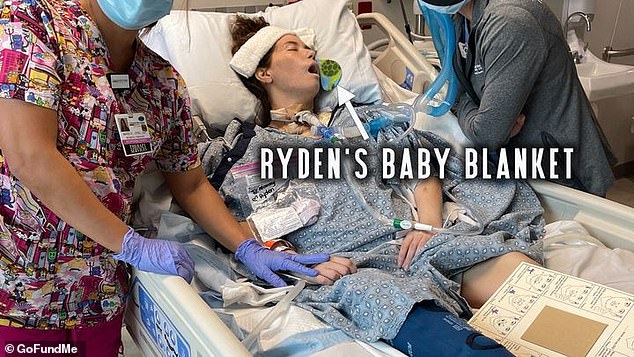 The new mom, seen above on Saturday, underwent an emergency C-section at 26 weeks of pregnancy in September. She then went into cardiac arrest on October 1 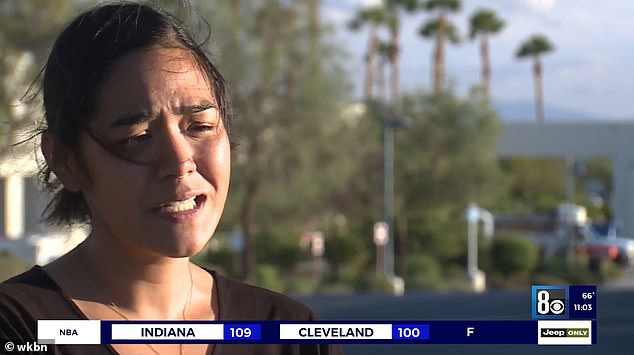 Paula Olmeda, above, says her sister was supposed to fly to California for a double lung transplant, but Nevada Medicaid told them they don’t cover the operation at the last minute 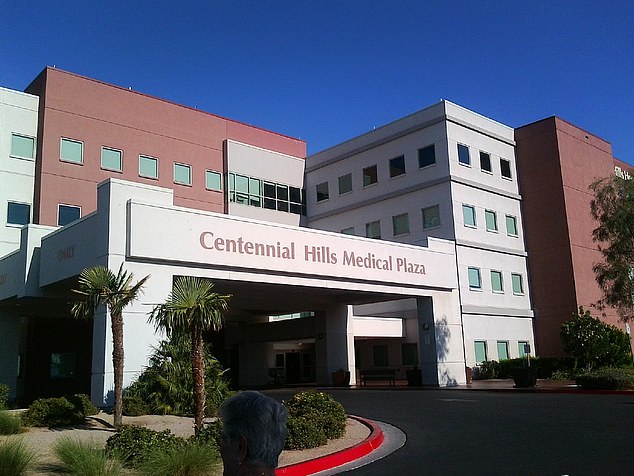 Acuna is being treated at Centennial Hills Hospital in Las Vegas, Nevada

Olmeda also wrote to Nevada Gov. Steve Sisolak hoping he could override the department’s decision, though the department told the family to begin an appeal instead as the governor does not have that power.

Acuna is being treated at the Centennial Hills Hospital in Las Vegas. She has been accepted as a perfect candidate for a transplant at Keck Medicine at the University of Southern California, her family says.

‘She’s young and passed all the necessary tests for her to get admitted into USC,’ Olmeda told the Daily Beast.

‘We were told by Centennial Hills Hospital that her insurance had approved her transport to USC to perform a lung transplant. There are no words to describe that moment.’

It turns out, however, that Nevada Medicaid doesn’t cover heart or lung transplants. Kidney, liver, bone marrow and corneal transplants, however, are covered, according to state rules. 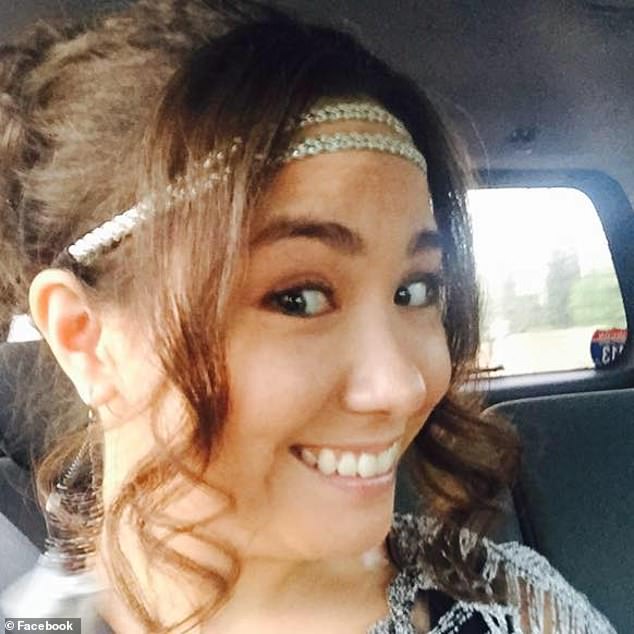 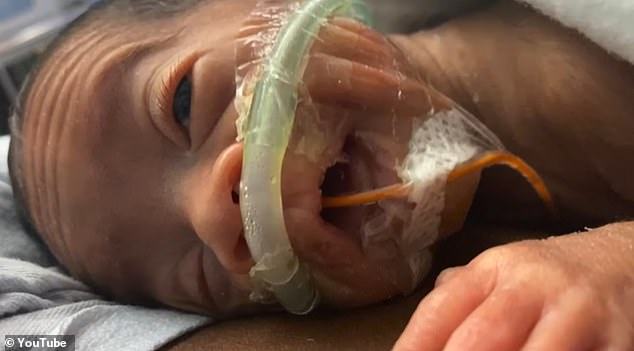 Her son Ryder was born on September 13 at one pound and ten ounces. Acuna has only seen her son, who is now two pounds, via video link from the neonatal intensive care unit

Acuna’s family has since set up a GoFundMe seeking $2.5 million for an out-of-pocket double lung transplant. They have raised $69,800 as of Tuesday afternoon, including a single anonymous donation of $10,000.

A photo on the fundraising page shows part of Acuna’s son’s baby blanket from the NICU, or neonatal intensive care unit, placed next to her on the bed.

‘So she could smell him,’ Olmeda told the Daily Beast. ‘Looking at her just close her eyes and just smell her baby for the first time. It was heartbreaking.’

The GoFundMe page reads: ‘Like so many pregnant women she held off on getting the vaccine until she got the A-okay from her OB

‘The week she had her appointment to ask for OB’s blessing, she got Covid. Like so many she went to the ER asking for help to breathe but she was turned away 3 times before they had no choice but to take her.’

The Centers for Disease Control and Prevention warns that pregnant people who get COVID-19 are at increased risk having an adverse pregnancy or neonatal outcomes.

About 97 percent of pregnant women hospitalized for COVID were unvaccinated, according to data from this year.

Acuna was first hospitalized on August 30. She was sent home from the emergency room twice before her blood oxygen levels got low enough for her to be admitted.

‘The timing of it all was just awful,’ Olmeda said.

She was just 24 weeks pregnant at the time, but the doctors wanted her to hold just a little longer so the baby’s lungs would develop further before performing any invasive procedures on Acuna. 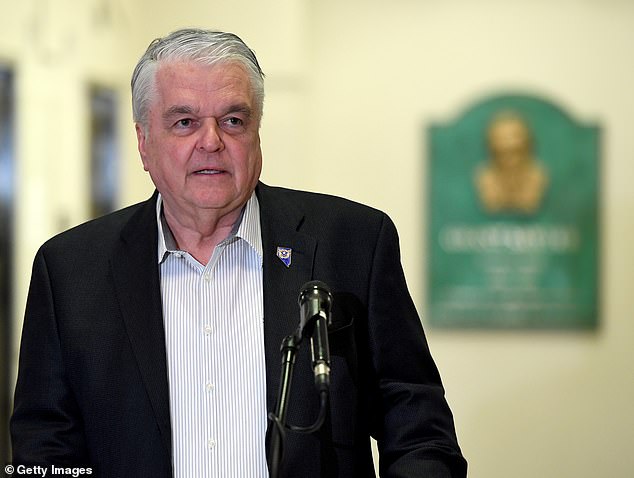 Acuna’s family has written to Nevada Gov. Steve Sisolak asking him to override the Medicaid rules and allow her to get the double lung transplant, which costs $2.5 million out-of-pocket 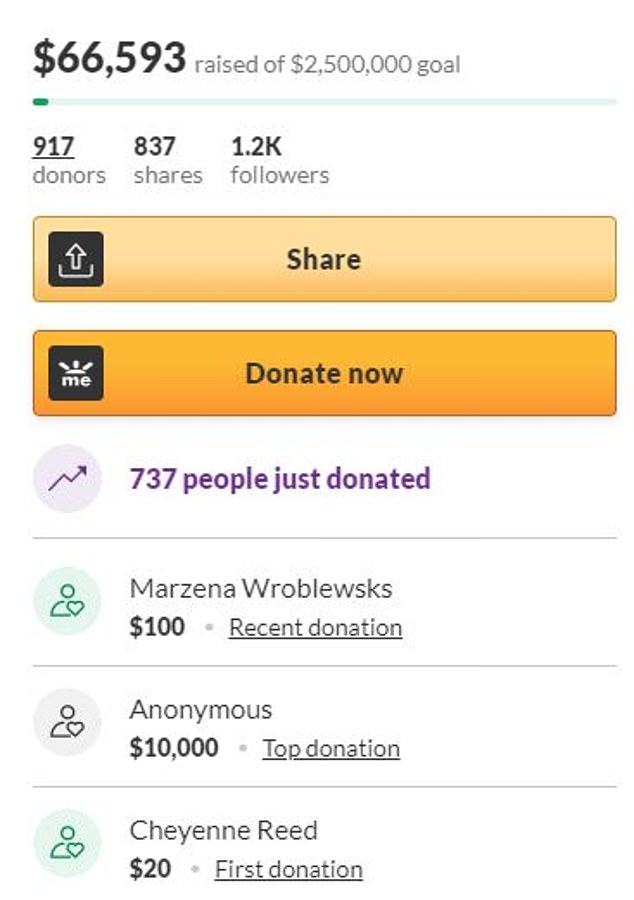 Acuna’s family has raised less than $70,000 as of Tuesday afternoon

‘Everyone wanted the baby to reach at least 30 weeks before they would take him out,’ Olmeda later said.

But the doctors were worried that her heart would fail if they didn’t intervene. She spoke to her family over FaceTime and went under for an emergency C-section.

Ryden was born at one pound and ten ounces on September 13.

He was immediately sent to the NICU while his mother fought for her own life in the ICU.

‘She didn’t get to see her baby because she was under anesthesia and they put the ventilator in right then, and it’s been a journey ever since,’ Olmeda said.

Olmeda traveled to Vegas with her husband, two children and their dog to help set up a nursery for Ryden.

‘We got some family members to come in and help us paint,’ Olmeda said. ‘We got the nursery ready for her. I got the registry. She’s ready to go. We just need her to get better.’ 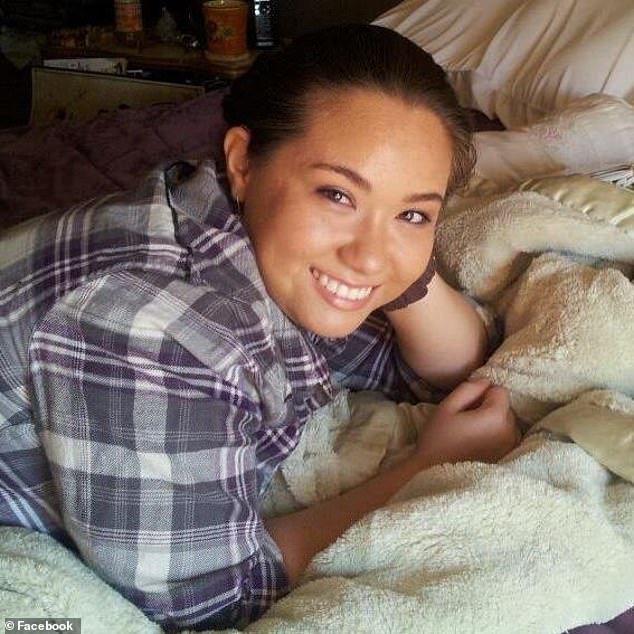 The last thing Acuna told her family before her emergency C-section on September 13 was, ‘Mom, I have nothing for the baby,’ according to her sister 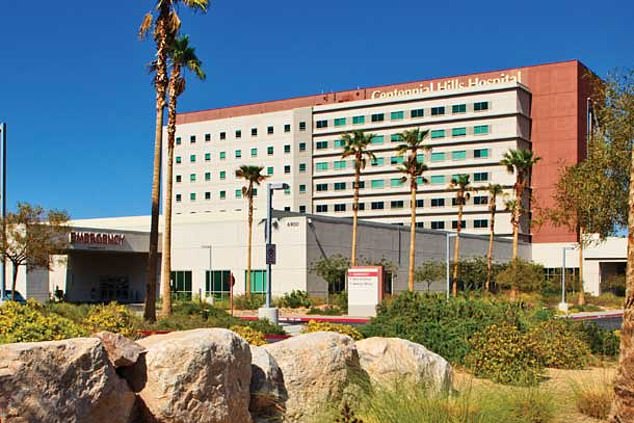 A helicopter that was supposed to take Acuna from Centennial, above, to the University of Southern California for a transplant left without her on October 6 because of insurance issues

When Acuna went into cardiac arrest on October 1, doctors allowed her mother and father into her hospital room while Olmeda watched from FaceTime.

‘They only do that when they think that person is going to die,’ Olmeda later said.

Doctors managed to revive her, but Acuna’s family was praying for any kind of relief for their sick daughter.

‘In that moment her eyes are like rolled back, her mouth is open, her tongue hanging out, and it’s just like, “Oh God, don’t make her feel this anymore,”‘ Olmeda told the Daily Beast.

‘We went from praying, “Please God, let her live,” to that night we were just so defeated we went home and prayed for, “God, please take her,” because of the amount of suffering that she was experiencing for so long.’

The botched medevac to California was October 6, five days after Acuna went into cardiac arrest.

She has since slowly recovered, even managing to sit up at the edge of the bed on Monday, though she still has four tubes in her chest and doctors continue to recommend a double lung transplant. 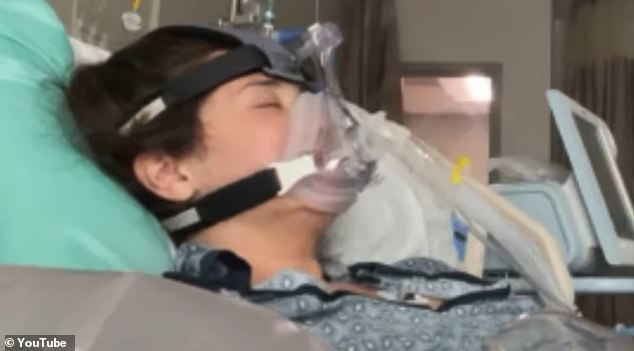 Acuna, in the ICU, has only caught a few glimpses of her son via video link from the NICU

About 55 percent of Nevada residents ages 12 and up are vaccinated. The CDC warns that pregnant people with COVID are at increased risk of adverse pregnancy or neonatal outcomes

She got her first look at her son, who now weighs two pounds, on Saturday via live video from the NICU.

‘Her being able to see her baby now she’s conscious enough to really understand what’s happening, it just gives her so much hope,’ Olmeda said.

‘She has these moments where she is just so happy to see him and then she just like, breaks down.’

About 55 percent of Nevada residents ages 12 and up are fully vaccinated, according to state health department data, lower than the national average of 66 percent.

As of September 27, more than 125,000 laboratory-confirmed COVID-19 cases have been reported in pregnant people, including more than 22,000 hospitalized cases and 161 deaths, according to the CDC.