By Charlotte Mitchell For Mailonline

A North Carolina high school has been slammed for allowing a male student facing sexual assault charges to continue to play football, but suspended female athletes who protested the decision.

Multiple volleyball players at Olympic High in Charlotte were suspended for one game after holding a protest for the safety of female athletes on October 1.

The demonstration was against the decision to allow a male student, who has not been named, to continue playing on the school’s football team, despite being charged with a sexual felony.

The 15-year-old male student is playing while wearing an ankle monitor, according to one of the suspended volleyball players who did not want to be named.

She told the Charlotte Observer that she was ‘just disgusted’ that the student was allowed to keep playing.

‘But because I speak out for feeling unsafe I get punished and not allowed to play in a game,’ she said. 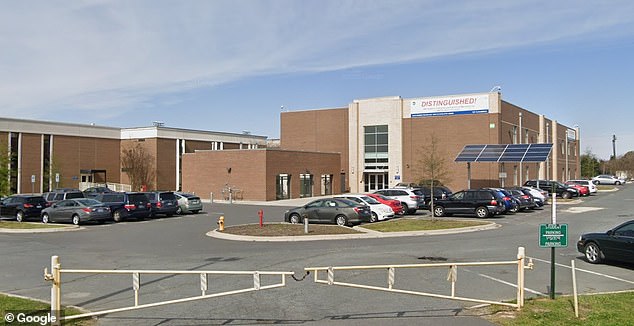 Olympic High in Charlotte, North Carolina has been slammed for allowing a male student facing sexual assault charges to continue to play football, but suspended female athletes who protested the decision

Sereniti Simpson, a player and one of the organisers of the walk-out, described the situation as ‘ridiculous’.

‘If you get your phone taken in class, you’re benched, but yet he can be under investigation for a sexual crime and still get to play on Friday,’ Simpson told WCNC.

Simpson said she has turned in her jersey and hopes to continue raising awareness about the prevalence of sexual assault.

An official from the Charlotte-Mecklenburg School district, which administers Olympic High, told the Observer that a demonstration in the school’s gym had been approved but not the student-led rally.

Patrick Smith, the district’s assistant superintendent of communications, told the paper that no students were disciplined for participating in the demonstration but that the walkout was ‘not part of the planned demonstration.’

He described it as ‘a safety hazard for students, staff and others in the area’ and said students were told they could face consequences for ‘unauthorized absence or endangering themselves and others’.

Parents and mentors of the suspended students are furious at their punishment, with Melissa McAtee, a mentor telling WJZY that it was almost like the school was trying ‘to silence’ the young people.

Under the school district’s Code of Conduct only students ‘convicted of a crime classified as a felony under North Carolina or federal law’ is not eligible to participate in sports.

The male student has been charged but not convicted.

However following massive backlash, the system athletic director for Charlotte-Mecklenburg Schools acknowledged that ‘in this incident we did not make the right call’.

Erica Turner said that recent events had prompted the district to amend its Code of Conduct so that any student ‘arrested or charged with a criminal offense will not be allowed to participate while charges are pending’. 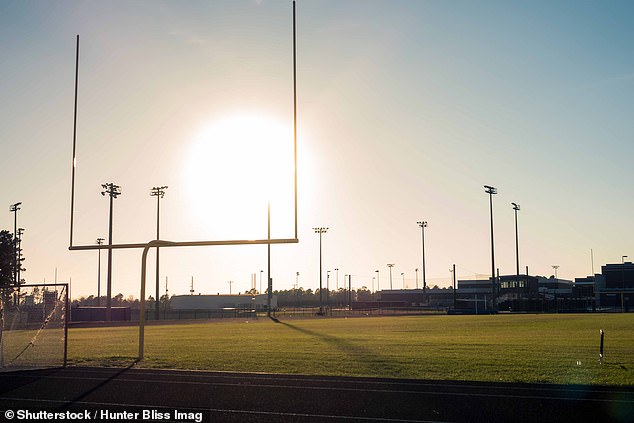