He’s on fire! Bulgarian athlete scales a four-storey tower with a ladder in just 14 SECONDS in stunning display of ‘firesports’

Firefighters are known for their bravery and athleticism but this Bulgarian firefighter takes it to a whole other level by climbing a four-storey building in just 14 seconds.

In awesome footage, the man takes a running start and uses a ladder to climb four storeys in Kazanlak, Stara Zagora, Bulgaria.

The man was doing was the climb as part of firesport training. 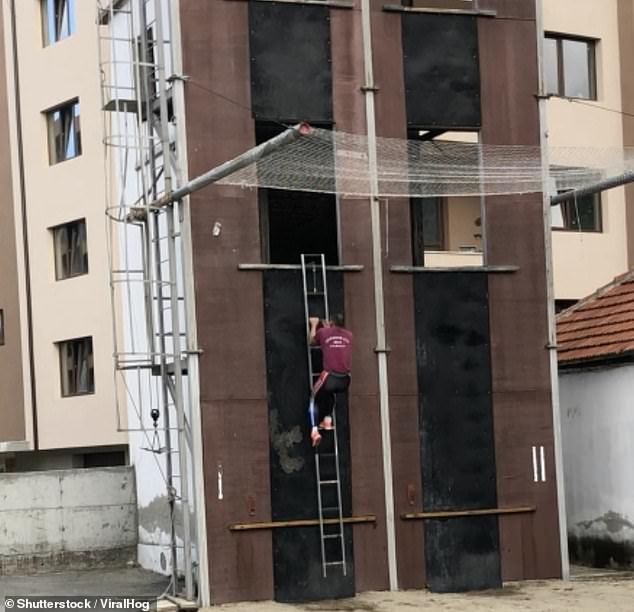 The Bulgarian firefighter was rapidly climbing the building as part of firesport training in Stara Zagora, Bulgaria

The unnamed Bulgarian claims to hold the national record for the discipline in the eastern European country.

He claimed that his record was 14.47 seconds to scale the four-floor building which is consistent with the time it takes him in the video. 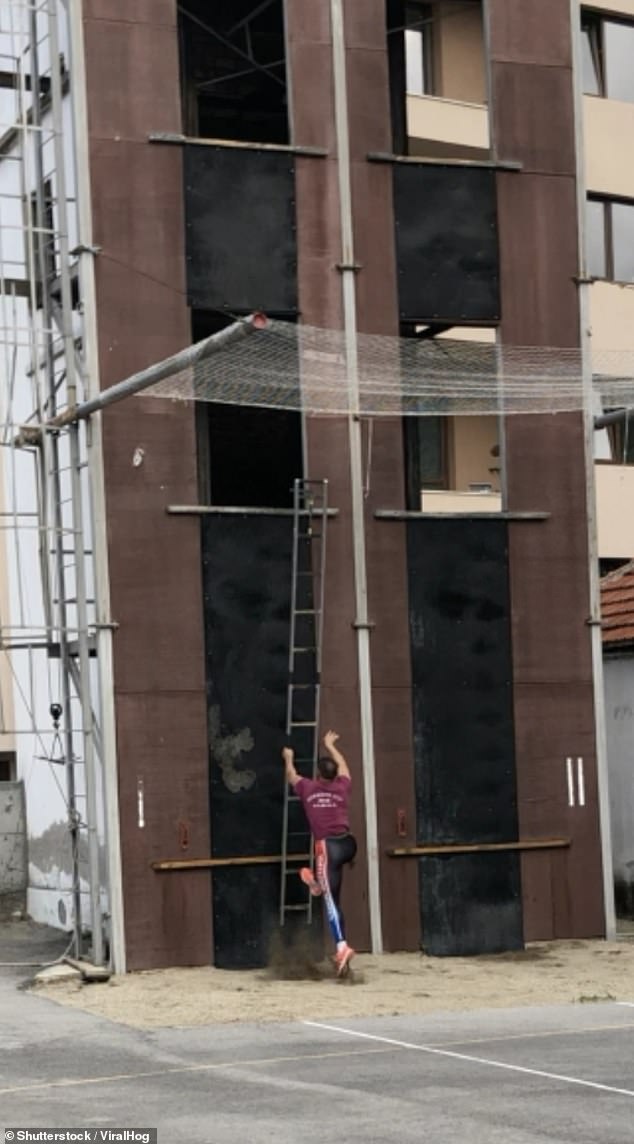 The man wasted no time in getting into the climb, motioning to make his first step before his ladder was secure

Firesport is a series of physical challenges which mirror the requirements of being a firefighter but done competitively.

Firesport is particularly popular in continental Europe with Bulgaria and Russia known to take the events very seriously.

Videos of Russian firefighters races have been popular in recent years as watchers marvel at the strength and physical prowess of the competitors. 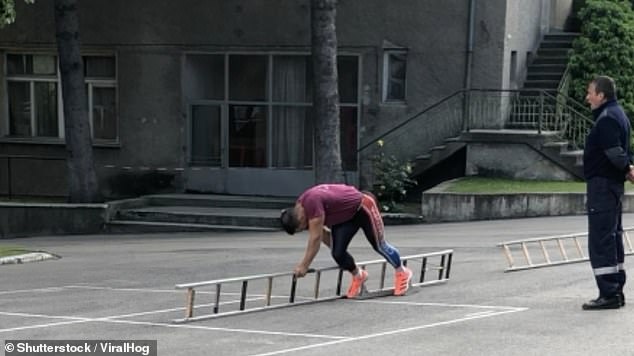 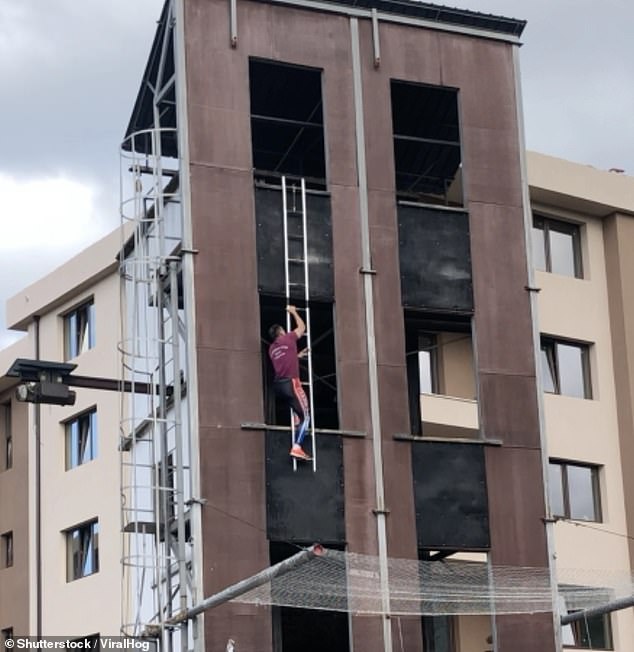 When secured on the first floor, the man deftly swings his ladder up to the next floor in one smooth motion

The footage, filmed in June, has been viewed more than 30,000 times since being shared online three days ago.

Commented were impressed by the video with one saying: ‘I’ve done this before in the fire academy.

Another remarked: ‘That is a compensation payout waiting to happen’.