A Sydney man who was jailed for at least four years for planning a terrorist act in Bangladesh was smiling widely and holding his head in disbelief following his sentencing.

Nowroz Rayed Amin, 30, was jailed for a maximum term of five years and four months in the NSW Supreme Court on Monday. 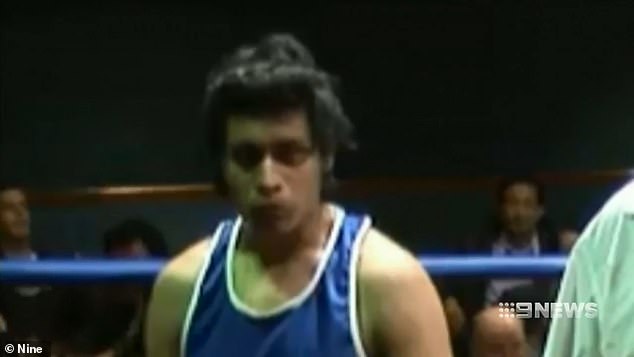 And while he faced a lifetime in prison Justice Peter Garling said he had matured considerably since he was arrested and had not commenced any more criminal conduct since he was stopped at Sydney Airport in February 2016.

‘I am satisfied he has reasonable prospects of rehabilitation and has abandoned or is well on his way to abandoning his extremist ideological views,’ Justice Garling said.

After the judge adjourned the court Amin’s face broke into a broad smile before he began pacing around the jail cell and holding his face, and eventually dropping to the floor and praying. 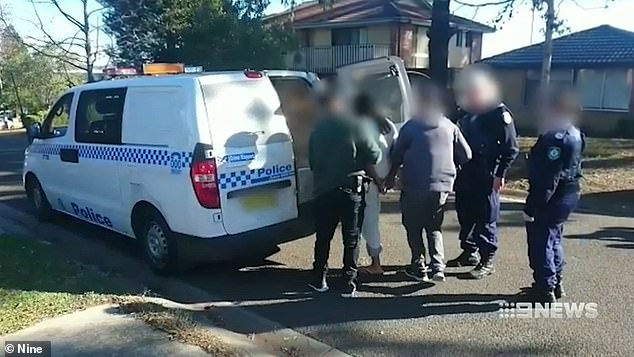 Amin was 24 when he was found at the airport carrying mixed martial arts gloves, four pairs of camouflage pants, and storage devices containing at least 25 publications supporting terrorism, according to the facts of the case.

He told officers that he possessed such material to dissuade his cousin from joining Islamic State forces but this was rejected and his passport was cancelled.

He was arrested in June 2018 following a search of his house where computers and other items were seized.

His lawyer earlier told the court he had become angered by the treatment of conservative Muslims in Bangladesh, where his parents came from.

He discussed the issue on social media platforms with his cousin and others in Bangladesh, and sought retribution for the perceived injustices against Islam.

But he later told the court in evidence that he was ‘irrational and impatient to see change’. 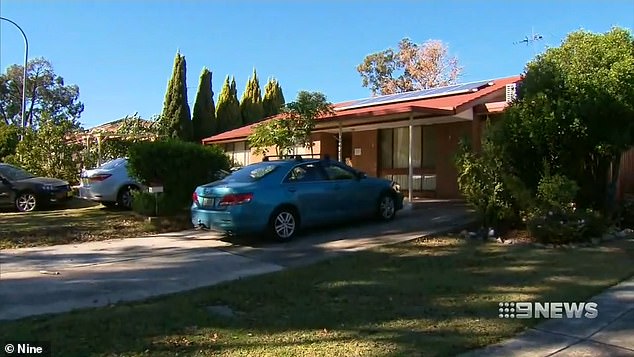 The house from where Nowroz Rayed Amin was arrested

He ‘now realises violence is not the way … and every life is valuable, killing one life is like killing the rest of humanity,’ he said.

Amin sent online messages in 2015 and 2016 about ‘cook(ing) some recipes’ and ‘open(ing) a restaurant’ ‘in Australia’ – code for making bombs.

The Crown argued he intended to carry out terrorist acts in Australia as well, pointing to messages with extremists in Bangladesh in which they argued he used code words for making explosives locally.

Amin said he only wanted to give the impression that he knew bomb-makers in Australia, and it wasn’t really true.

The judge accepted his account that he only intended to carry out violent acts in Bangladesh.

The court was earlier told Amin had became a ‘lost soul’ in his teenage years as he experienced discrimination and violence after the September 11 terrorist attacks.

He later began to read extremist literature and harboured a wish to go to Syria to fight with the Islamic State.

He will first be eligible for release in June 2022.