A rapist who preyed on an isolated, drunk woman before attacking her in the gutter of a Sydney laneway has been jailed for seven-and-a-half years.

Sayer Hamood Jaber Alenezi came across his 22-year-old victim sitting alone outside a club on Oxford Street in the early hours of a Sunday in October 2019.

He led her to Turner Lane in Woolloomooloo, laid her on the ground and twice sexually assaulted her. 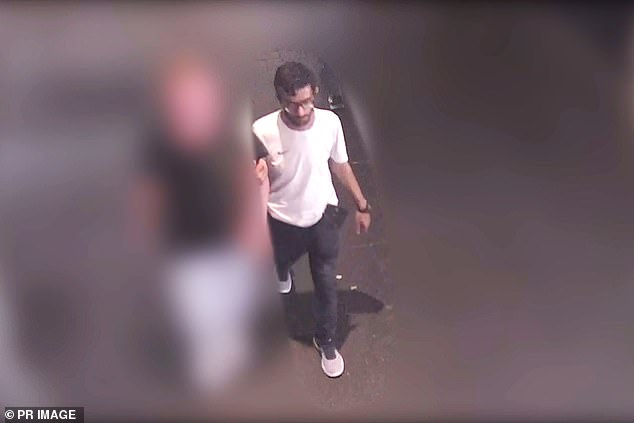 Sayer Hamood Jaber Alenezi, 40, (pictured)  has been jailed for seven-and-a-half years after raping a 22-year-old drunk woman in a Sydney laneway in 2019

‘I am satisfied he did not care one way or another whether the victim did consent or not,’ Judge James Bennett said in the District Court on Friday.

Alenezi, now 40, initially claimed the woman had kissed him first as they walked towards the laneway.

‘She was normal when speaking,’ he told police in November 2019.

But the evidence showed she was heavily intoxicated, her estimated blood alcohol content was 0.20 and any conversation was brief given his minimal English. 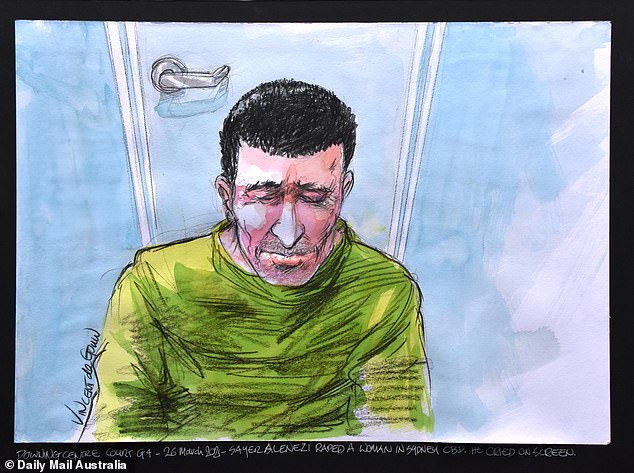 Alenezi (pictured, courtroom sketch) was granted refugee status in 2013 after arriving in Australia from Iraq

While the woman suffered no physical injuries, the event sparked severe mental issues, including increased drug and alcohol use, and multiple suicide attempts.

‘I’m still unlearning the feeling of shame,’ she told the court.

The young woman attacked the legal process, from having to answer the same questions repeatedly in hospital hours after the attack to the two-year delay in finalising the case.

The first major hospital she attended couldn’t properly examine her, forcing her to attend a second facility where she was ‘again stripped down by another complete stranger’.

‘It was a traumatic experience and it felt like I was being violated all over again,’ she said in a statement to the court.

Judge Bennett said he understood the woman’s embarrassment at being treated ‘as an exhibit’ and how what had befallen her was unfortunately common for rape victim-survivors. 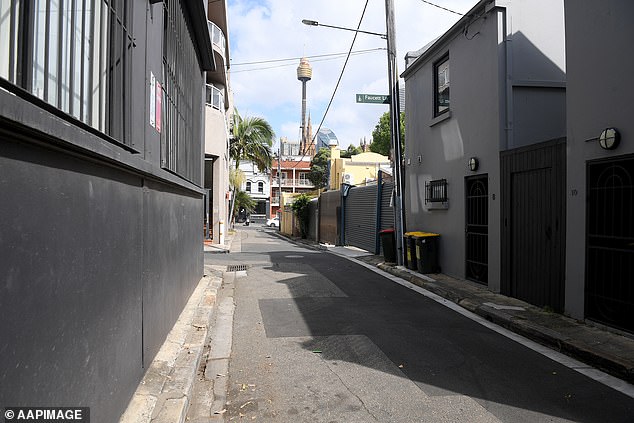 The 22-year-old victim, who had a blood alcohol level of 0.20, was lured from outside an Oxford Street Club to Turner Lane in Woolloomooloo (pictured)

While Alenezi pleaded guilty to sexual assault in the local court, his lawyers submitted his crime was opportunistic and at the lower end of seriousness for rape.

It was also suggested his recklessness towards the woman’s inability to consent only occurred in the laneway and his own mental troubles reduced his moral culpability.

Judge Bennett rejected those arguments, finding the offender selected and exploited his victim, whose vulnerability increased as she was walked to Turner Lane.

‘This was a dark alleyway, where she was ultimately left without clothing while he fled … returning to throw her wallet at her,’ he said.

After being raped, the distressed woman wandered Kings Cross trying to get home.

Calls to a close friend went unanswered and a taxi driver refused to take the crying woman home as she couldn’t cover the fare.

Eventually, the woman posted a short video to a group chat at 3.50am, showing her ripped jeans and saying ‘I literally just got raped … not even kidding, I just want to go home’, prompting a friend to drive her way.

Alenezi had previously been convicted for groping a woman on a Sydney train in May 2017.

He’d arrived in Australia and been granted refugee status around 2013 after he said he experienced extreme violence in Iraq.

That included torture in an Iraqi prison after avoiding conscription to Saddam Hussein’s army in the late 1990s, the court was told.

If not for the discount for an early guilty plea, Judge Bennett would have jailed him for 10 years.

The sentence, backdated to November 2019, includes a five-year non-parole period.