A NSW public servant fired for helping homicide detectives catch a killer has spoken out about his ordeal as his lawyer revealed he was not even given an opportunity to respond to the reasons for his sacking.

Thomas Wood was working as a forensic investigator with Transport for NSW (TfNSW) when he saw media reports of Dennis James Pietrobon’s arrest in May 2020 over the murder of Nicole Cartwright.

Mr Wood recognised him as a former TfNSW employee who he had investigated for his behaviour at work.

He called Crime Stoppers, telling them about his own investigations before Pietrobon was dismissed by the agency in 2019.

TfNSW then sacked Mr Wood for ‘serious or willful misconduct’ in giving out information about an employee while he was on paternity leave for the birth of his daughter.

‘It came as an absolute shock. I don’t think I slept for a number of days. The mental side of things has been an absolute challenge,’ Mr Wood told A Current Affair about his sacking. 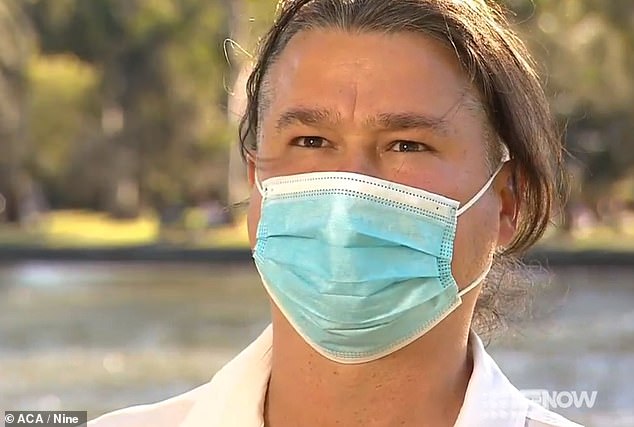 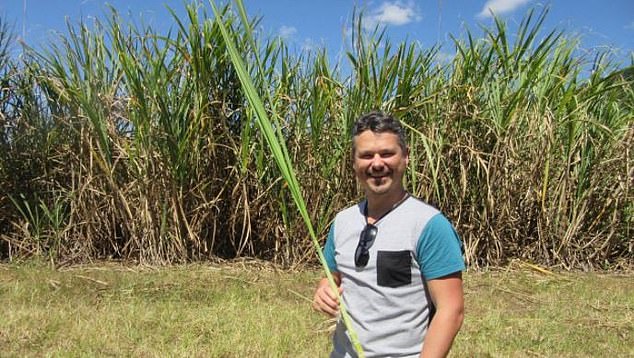 ‘It came as an absolute shock. The mental side of things has been an absolute challenge,’ Mr Wood told A Current Affair about his sacking

Mr Wood’s lawyer Amanda Harvey said her client wasn’t even given the chance to respond to TfNSW’s reasons for the sacking.

‘What was provided to them was clear information that he believed there was a legal basis that he should be going forward to police, and that is what he had done,’ Ms Harvey said.

Ms Cartwright was killed on October 1, 2018, the night of her 32nd birthday, after meeting Pietrobon for a drug-fuelled ‘puff and play’ encounter. Her body was found covered in a bed sheet at a park in Sydney’s north.

One of Mr Wood’s investigations concerned an allegation that Pietrobon stalked and sexually harassed a colleague and had used fetish dating apps at work to download pornographic pictures.

Another was about Pietrobon’s failure to disclose a conviction for punching a school student. 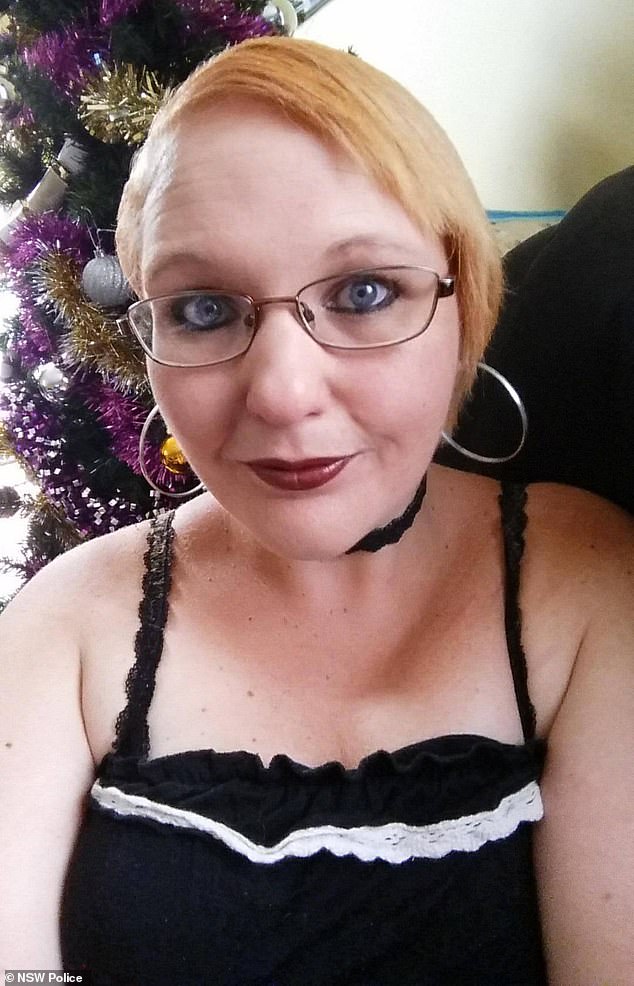 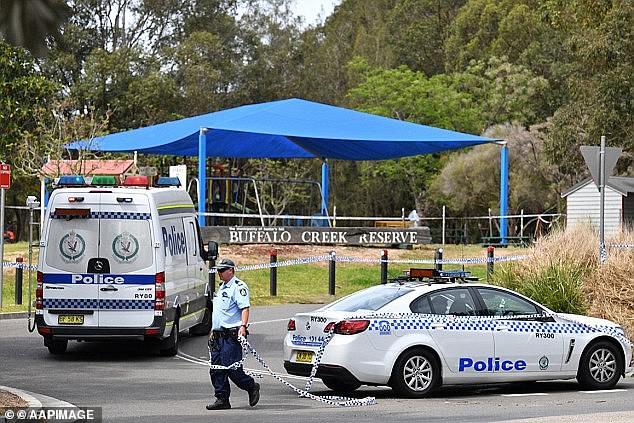 After calling Crime Stoppers, Mr Wood then told his manager and emailed superiors about ‘information critical to possible murder investigation’.

But rather than help the police by supplying the records it had on Pietrobon, the department sacked Mr Wood and told the police there were no complaints recorded in Pietrobon’s personnel file.

It was another nine months before the department provided Pietrobon’s complete computer data to the police.

‘I never thought an employer would take action against an employee for trying to assist NSW Police in relation to a murder,’ Mr Wood told ACA.

Mr Wood was also advised that what he had done raised questions of whether TfNSW could ‘continue to have trust and confidence in you as an employee’.

This week the NSW Supreme Court found Mr Wood’s sacking was unlawful and that he was entitled to damages.

The court heard that police had already sought information about Pietrobon from TfNSW, before he was charged and before Mr Wood contacted Crime Stoppers. 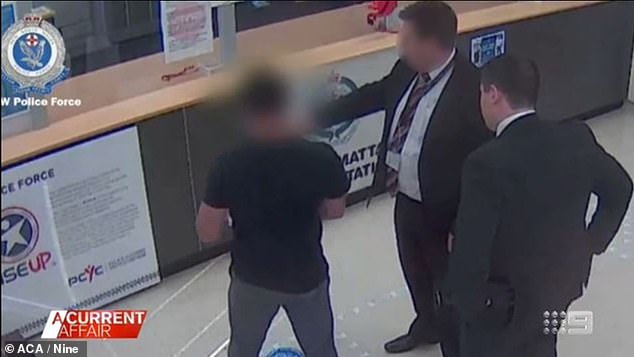 The moment Dennis James Pietrobon was arrested by NSW Police 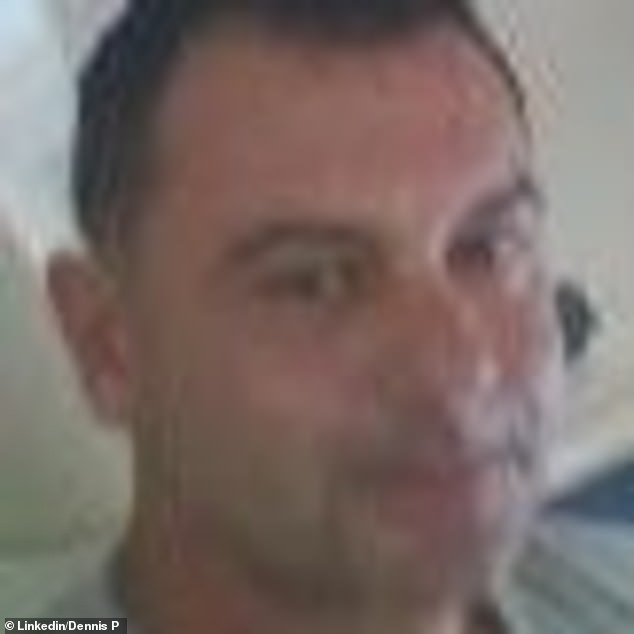 Ms Cartwright’s family thanked Mr Wood for his actions, providing a statement to ACA that read: ‘We are surprised that Transport for NSW wouldn’t give that information. We thank Thomas that he came forward with that.’

TfNSW defended its actions, saying its acting ‘chief people officer’ acted within contractual rights to sack Mr Wood for failure to maintain confidentiality regarding the unauthorised release of confidential information and failing to protect personal information collected by the department.

It tried to draw a distinction between information which had come into Mr Wood’s possession as an employee, rather than as ‘a natural person’.

It also claimed Mr Wood’s interview with police after his dismissal was a breach of the department’s code of conduct.

Acting Justice Monika Schmidt said it was difficult to see that the records would ever have been provided to police without Mr Wood coming forward.

Mr Wood was obliged to tell police of the information, she said.

‘(TfNSW) was not above the law and could not constrain either the police, or Mr Wood providing his further assistance, as he did,’ she said.

Why TfNSW embarked on a procedurally unfair course of sacking Mr Wood was ‘simply unexplained’.

But the failure to call evidence from people who could have shed light on the issue supports the conclusion that their evidence would not have assisted the department’s case, Justice Schmidt found.

Pietrobon took his own life in Parklea Correctional Centre last April before he could face trial for the murder of Ms Cartwright.

Ms Harvey, said this situation should not be allowed to happen again.

‘What happened to Thomas Wood is an extreme case of defective administration and a complete failure of procedural fairness,’ she said.

‘This case should be a reminder to government employers and statutory regulators that the fundamentals of procedural fairness and natural justice are of paramount importance, and defective allegations and decision making will not be tolerated.’