West Yorkshire Police Sergeant, 35, ‘raped 21-year-old who was ’10 out of 10 drunk’ and got her pregnant after a night out’, court hears

A police sergeant raped a woman 14 years his junior and got her pregnant when she was ’10 out of 10 drunk’, a court heard today.

Ben Lister, 35, was a serving officer with West Yorkshire Police when it is alleged he sexually assaulted the woman, 21, after a night out.

A court heard Lister had given the woman a ‘peck on the lips’ in the Acapulco nightclub, Halifax, West Yorkshire, earlier in evening of August 29, 2016.

But the woman told a friend who was out with them: ‘He’s not my type. He is too old for me.’

From the witness box at Bradford Crown Court, the woman, who cannot be identified for legal reasons, said: ‘She told me he had a girlfriend. I was scared because he was old. I was just in shock.’ 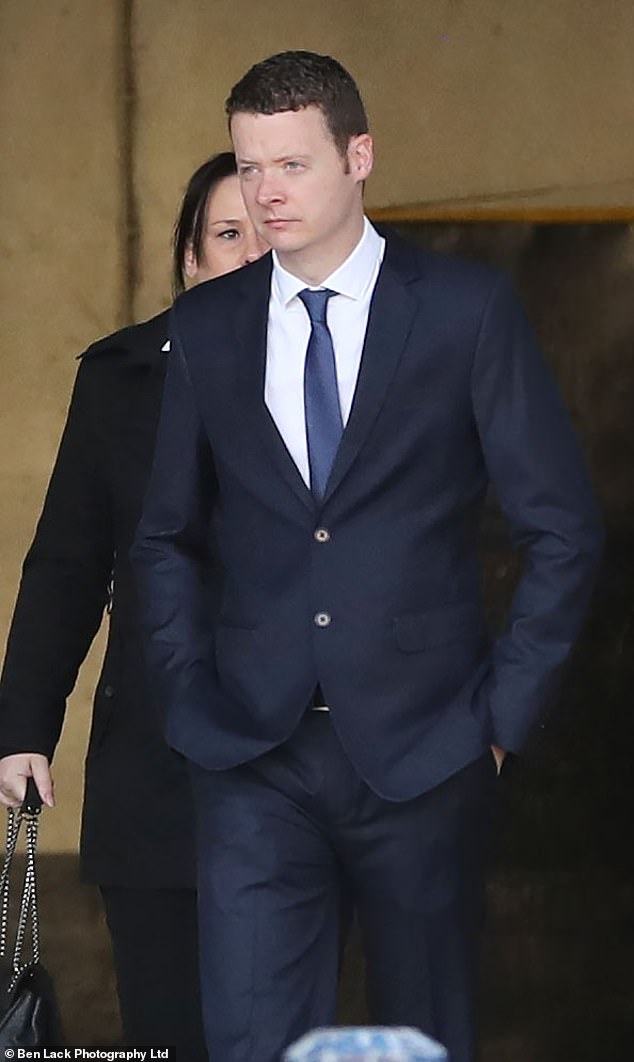 Ben Lister (pictured today), a serving officer with West Yorkshire Police, whose address cannot be disclosed, denies charges of rape and sexual assault by penetration of the complainant on August 29, 2016 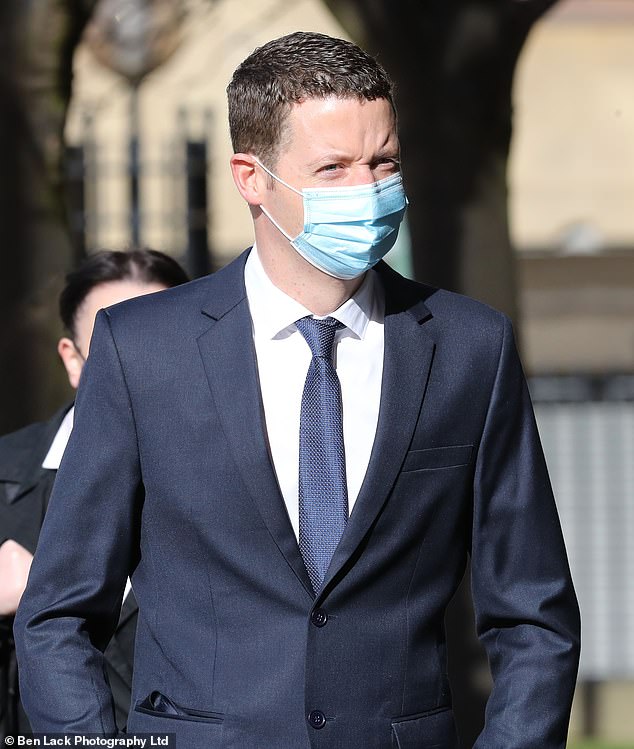 The group of friends had a lot to drink before returning to one of their homes where Lister and the complainant slept on separate sofas in the living room.

The woman said she was drifting in and out of consciousness and couldn’t remember Lister having sex with her after he dragged her onto the floor.

Tearfully, she recalled: ‘I have always known what happened to me. I have flashbacks in my head. I have nightmares about it – his head above me and his hand on my chest.’

A month afterwards the woman realised she was pregnant, but told friends the baby was her ex boyfriend’s.

However, a work colleague who saw photos of Lister on Facebook commented: ‘How much does [your baby] look like him [Lister].’

The court heard that the complainant did not report the alleged rape to police until January 7, 2020.

Before that she had found Lister on Facebook and saw pictures of him, his wife and child. She told the jury how much her baby looked like his and his wife’s baby.

DNA has identified Lister as the complainant’s child’s father, the trial has been told.