The state of South Dakota has joined the likes of familiar offshore tax havens, including the British Virgin Islands, Seychelles, Hong Kong and Belize with South Dakota trusts quadrupling in size in the space of ten years to $360 billion.

The Pandora Papers, a review of nearly 12 million files obtained from 14 firms located around the world dug into accounts registered all over the world.

Hundreds of world leaders, powerful politicians, billionaires, celebrities, religious leaders and drug dealers have been hiding their investments in mansions, exclusive beachfront property, yachts and other assets for the 25 years.

But it is not just overseas that the hidden assets have been held – some of the secret bank accounts were found to have been scattered around in trusts set up in the U.S., including 81 in South Dakota and 37 in Florida. 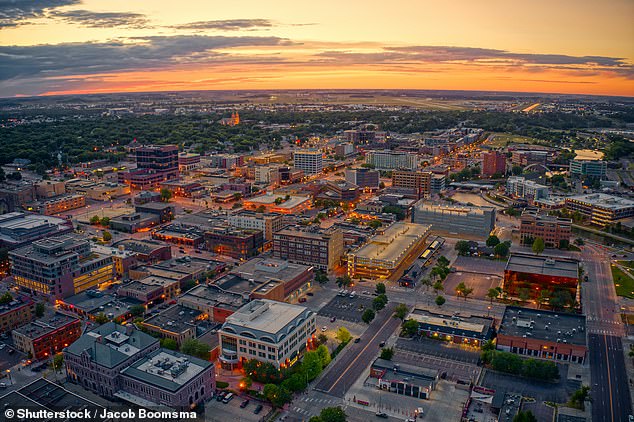 South Dakota is the state is fast becoming the most profitable place for the mega-wealthy to park their billions, shielded from the U.S. Government. Pictured, Sioux Falls, South Dakota

Oligarchs, business tycoons and politicians have long drawn the ire of the U.S. government when assets are stashed in offshore financial centers to avoid American taxes.

However, the Pandora Papers expose how foreign political and corporate leaders moved their money from the international tax havens to highly secretive American trust companies, many based in the American heartland lured by laws that permit financial secrecy.

The Papers reveal how one of the largest trust company’s in the state has confirmed that it has clients spread across 54 countries and 47 states that include more than 100 billionaires.

State politicians have continued to approve legislation that allow for even more protections and benefits for the customers of such trusts. 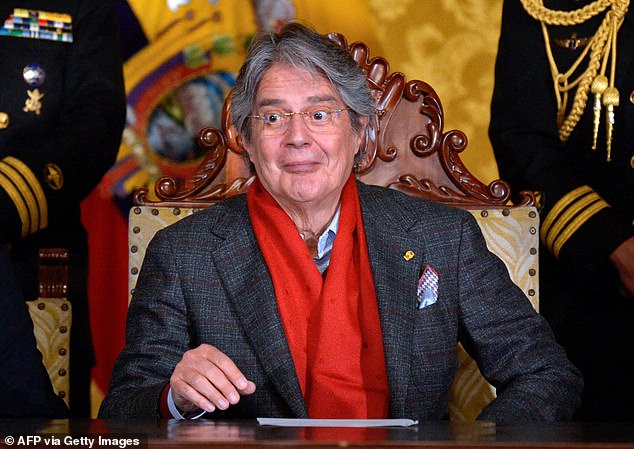 Guillermo Lasso, a banker who was elected as Ecuador’s president in April moved assets into two trusts in South Dakota in December 2017, three months after Ecuador’s parliament passed a law prohibiting public officials from holding assets in tax havens

The U.S. has continued to refuse to join a 2014 agreement that is supported by the Cayman Islands and Luxembourg, requiring American financial institutions to share information they have about foreigners’ assets.

Furthermore, the legislation that allows such secrecy has been drafted by insiders who work in the trust industry.

The state laws provide both protection and secrecy while keeping the money within the U.S.

Normally, the government would tax any interest earned by an account, but in South Dakota, assets are protected from any civil claims such as a divorce or legal proceedings. They are not protected from criminal investigations.

Nevertheless, because South Dakota has no income tax, inheritance tax or capital gains tax, the finances held there are effectively kept out of the reaches of the U.S. government.

Documents from the Pandora Papers, ICIJ and Post managed to identify almost 30 US-based trusts that were linked to foreigners whose companies were accused of misconduct of wrongdoing and human rights abuses… all now based in Sioux Falls, South Dakota.

Guillermo Lasso, the current President of Ecuador, himself a former banker, set up trusts in South Dakota in 2017 following reports he had used offshore companies to hide his assets in a bank.

Lasso was not charged with any crime claiming his use of offshore entities was ‘legal and legitimate’. 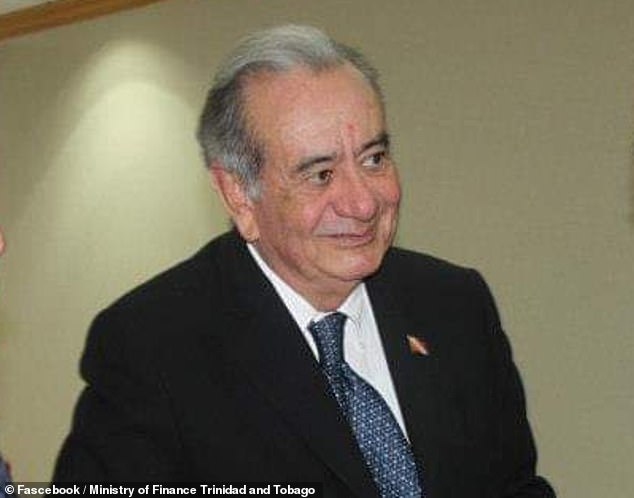 Federico Kong Vielman, whose family is of one of Guatemala’s economic powerhouses, is another wealthy Latin American who set up a trust in South Dakota. The family control a soap and lipstick firm that has been accused of harming their workers in the past

Federico Kong Vielman, from Guatemala, whose family are hugely wealthy also set up a trust in South Dakota to place $13.5 million in assets.

The family control a soap and lipstick firm that has been accused of harming their workers in the past. 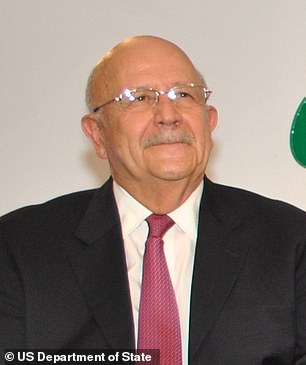 Carlos Morales Troncoso (pictured), had abandoned the Bahamas as a go-to sanctuary for their wealth. For their new refuge, they chose a place 1,600 miles away: Sioux Falls, South Dakota.The family set up South Dakota trusts, leaked records show, to lay away various assets, including shares they’d held in a Dominican sugar company.

Guatemalan media have reported for several decades over family ties to the country’s politics.

In 2016, there were allegations the family’s hotel in Guatemala City gave the then-president of the country Jimmy Morales, 100 free nights in exchange for political favors.

The family set up trusts the Papers show in order to stash away shares held in a Dominican sugar company.

But it is still hard to ascertain what lies within the trust because of the secrecy laws surrounding them despite a new law, the US Corporate Transparency Act, which aims to make it hard for owners of companies to conceal their identities.

‘Clearly the US. is a big, big loophole in the world. The US is criticizing all the rest of the world, but in their own backyard, this is a very, very serious issue,’ said Yehuda Shaffer, former head of the Israeli financial intelligence unit. 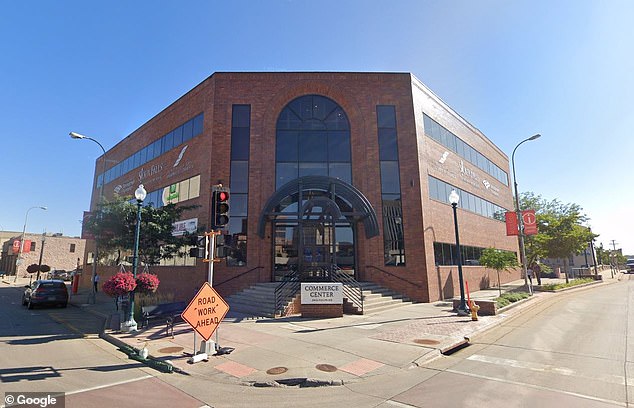 The building that houses Trident Trust Co. in Sioux Falls, South Dakota one of the companies linked to the Pandora Papers