Hold on to your hats! One of the most furious rows of recent decades — when public resistance frustrated a drive by the New Labour government to introduce genetically engineered crops and foods — seems about to reignite.

For after almost 20 years of near-silence over the controversial produce, ministers have this week taken the first step to re-establish it in Britain.

This will make it easier for research to be conducted into crops produced via gene editing, a process allied to — but different from — the genetic modification (GM) so bitterly disputed around the turn of the millennium. And it is just the first of a series of moves to get the genetically engineered produce into our fields and on to our dinner plates.

Old adversaries are dusting off their arguments. But public reaction may now be more favourable. 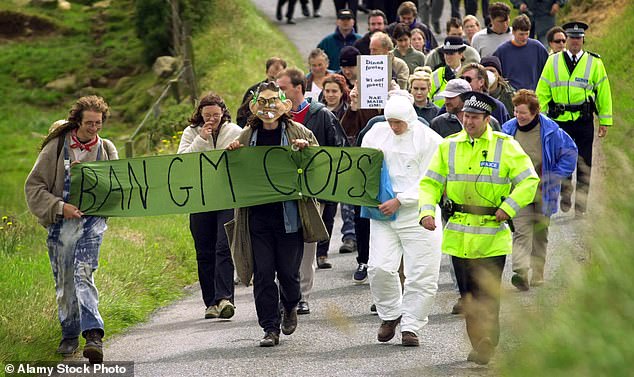 Back in the late 1990s, 60 per cent of the food in supermarkets contained genetically modified ingredients. Some GM crops had been approved: 53 others were awaiting the green light.

When a few voices, led by Prince Charles, raised doubts, he dismissed them as ‘a flash in the pan’. But that flash became a conflagration as the public turned against GM and the firms behind it, most notably the U.S. giant Monsanto. The more the public heard, the more questions it had.

These included whether genes would spread from modified crops to create superweeds, whether GM foods were safe to eat and whether the regulations were strong enough. The Mail was active in covering the debate and seeking answers. 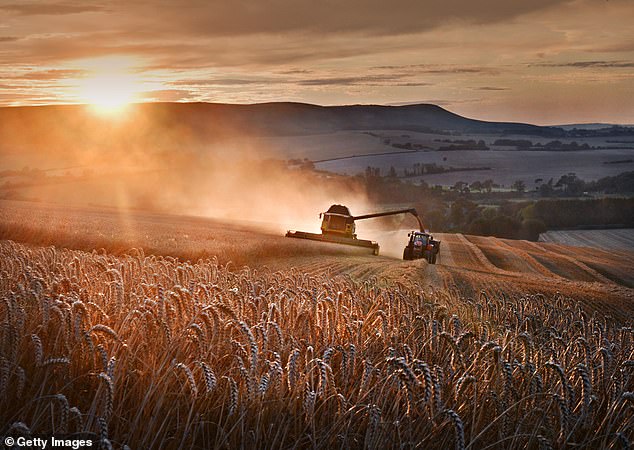 Wheat being harvested on the South Downs

Sometimes the discourse got virulent. In 2002, the BBC broadcast a drama on the issue, Fields Of Gold, starring Benedict Cumberbatch and Anna Friel, and written by the then editor of The Guardian, Alan Rusbridger, and novelist Ronan Bennett.

This was branded dishonest by rival newspapers, and as ‘an error-strewn piece of propaganda’ by the President of the Royal Society, Lord May. Bennett denounced this as ‘an ugly little conspiracy by those with a vested interest in discrediting it and personal grudges to settle’.

By 2004, 84 per cent of Britons said they would not eat GM food. Supermarkets had long stopped selling it, in the face of public hostility, and no GM crops have yet been cultivated in Britain. But they went on being grown and eaten widely in America.

Now, after some important scientific advances, both sides again have everything to play for.

The main scientific development is the emergence of gene editing, which involves changing a plant or animal’s DNA by altering its own genes, through cutting and splicing, thus speeding up a process that might happen naturally.

By contrast, the old genetic modification introduced genes from different species altogether — such as from peppers into bananas, or from jellyfish into mice — which could never happen in nature.

Editing has been made easier by a relatively cheap and simple method, named CRISPR-Cas9, which is colloquially described as ‘genetic scissors’.

‘These tools enable us to harness the richness of natural variation to build better crops, speeding up a process humans have done through breeding for hundreds of years,’ says Gideon Henderson, chief scientific adviser at the Department for Environment, Food and Rural Affairs.

This week’s move will change regulations by the end of the year to ensure that scientists will no longer have to do risk assessments or obtain permission to carry out field trials. They will be spared a process that takes two months and costs between £5,000 and £10,000.

It is only a start. Ministers say that the next step is introducing legislation that would allow gene-edited food from crops and livestock that could have been created naturally, or through traditional breeding, to be sold without having to go through GM regulations and safety tests.

These changes will only apply in England, since this is a devolved matter. Scotland has already come out against them, and Wales is expected to do the same. They have been made possible by Brexit, because the European Union still insists on treating genetically modified and gene-edited products exactly the same. Dame Ottoline Leyser, who leads UK Research and Innovation, calls this ‘mad’. 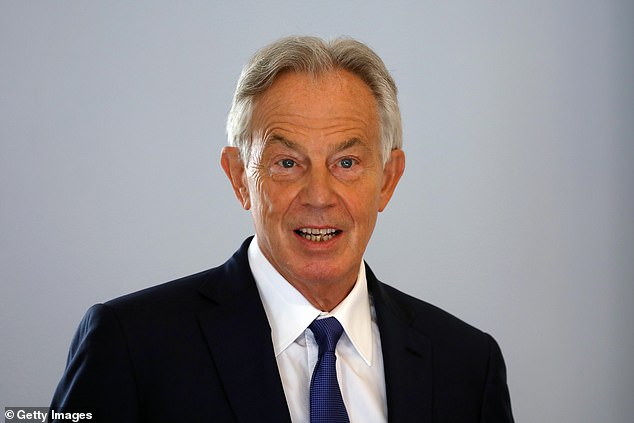 Back in the late 1990s, 60 per cent of the food in supermarkets contained genetically modified ingredients. Some GM crops had been approved: 53 others were awaiting the green light. Tony Blair — with his usual hubris — was boasting of making Britain Europe’s GM hub

Proponents say that the new technology — developed by universities in the U.S., Lithuania and Austria — opens up the prospect of products which would benefit health and the environment.

They cite the development of pigs that can fight off porcine reproductive and respiratory syndrome virus, which is devastating herds worldwide. Similarly, they say, breeds could be created that resist swine flu or bird flu, not just reducing disease on farms, but helping prevent future pandemics.

Another potentially hugely beneficial development is the unveiling of a gene-edited wheat which produces less of an amino acid that can develop into a cancer-causing chemical called acrylamide when bread is toasted.

Other possibilities range from the trivial — changing the colour of cows’ coats — to the frankly sinister: a Chinese scientist says he gene-edited two baby girls. But most products, its proponents insist, will benefit us by reducing disease, increasing crop yields and protecting the planet.

And all this, they add, will be achieved by using a simple, swift, precise technology that makes tiny changes, which they liken to editing a giant manuscript by changing a single word.

They say it is so tightly controlled that it only produces predictable results, in contrast to traditional genetic modification, where there is often no way of ensuring precisely where the introduced genes end up.

Meanwhile, they add, it is safe, and only produces changes indistinguishable from those that would happen in nature.

So, for all those reasons, they insist, it should be exempt from GM regulations. Indeed, genetically edited products should not even need to be labelled as such.

Opponents dispute every one of these assurances. They say that the same kind of promises of beneficial new products were made for traditional genetic modification, but never materialised, and never could have done. Meanwhile, conventional breeding succeeded in producing them instead.

They say that even tiny changes to DNA can have big consequences, and gene editing has proved in practice to be neither precise nor predictable, but has had many unintended effects.

At times even genes from other species have been introduced by accident, they claim. 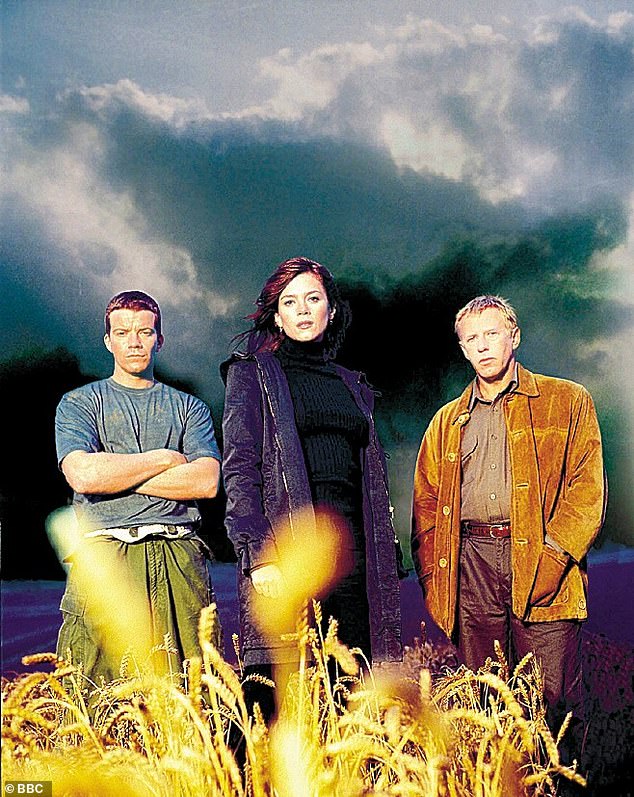 In 2002, the BBC broadcast a drama on the issue, Fields Of Gold, starring Benedict Cumberbatch and Anna Friel, and written by the then editor of The Guardian, Alan Rusbridger, and novelist Ronan Bennett

They cite the development of hornless cattle, which were later revealed by U.S. regulators to contain foreign genes that conferred resistance to antibiotics, possibly creating a risk to consumers.

Similarly, an attempt to edit rice caused a wide range of unintended and undesirable mutations, which actually reduced, rather than increased, yields.

Nor is the process fast, they continue: producing a new gene-edited tomato in Japan took 15 years, which is about the same length of time as by conventional breeding.

As a journalist who has long been critical of traditional GM, I support this week’s announcement, however.

It seems wise to make research easier, especially in an area where Britain is strong.

But given all the as-yet unresolved uncertainties about the technology, it seems wrong to exempt it from all regulation. Above all, it is essential that anything that goes on sale is labelled as GM has to be, so that consumers can choose whether to buy them or not. To fail to do so would be to betray shoppers and treat them with contempt.

That could even cause a greater row than that which doomed GM all those years ago.