Teenage girl, 15, hands herself in to police over violent brawl with bikini-wearing sunbathers and claims ‘rumours were being spread about her’

A 15-year-old girl has handed herself into police after she was filmed viciously attacking two other young girls at a park – claiming rumours had been spread about her.

Footage showed the girl who was wearing a black bikini standing over at three other young women sunbaking in a park at Coogee Bay Oval in Sydney’s east on Friday.

The trio of women remained calm as the woman began shouting before she launched at one of them and started punching her and pulling her hair.

A group of men watching on were heard egging the duo on as the violence continued.

NSW Police have confirmed to Daily Mail Australia the 15-year-oldgirl visited the Maroubra Police station on Tuesday and was spoken to by a Youth liaison officer. 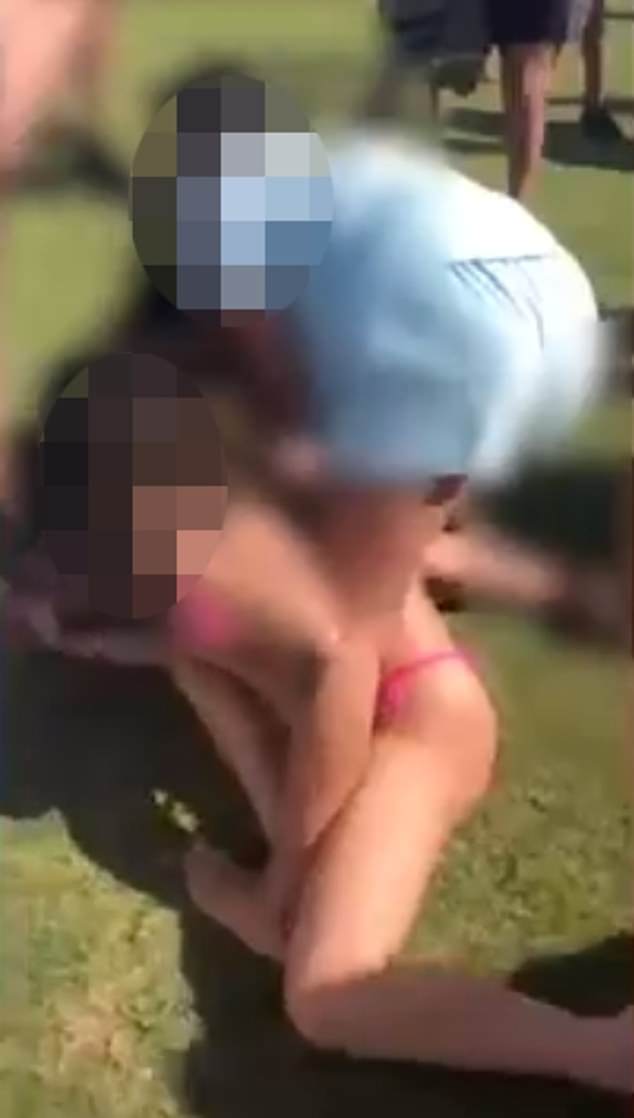 Sickening footage has captured two teenage girls fighting at Coogee Bay Oval on Friday afternoon. A 15-year-old girl involved has since handed herself into police

‘Police have spoken to a number of youths involved in an incident that took place last Friday at Coogee Oval, Coogee,’ a police spokesperson said.

‘She will be dealt with under the Young Offenders Act 1997 NSW.’

It’s understood the girl believed she’d been the subject of rumours circulating from other teens.

During the attack, the 15-year-old was seen dragging one of the women over the grass – losing her bikini top in the process – as the victim’s friends tried to pull her away.

The attack lasted for nearly a minute and ended with the girl in the black bikini firing one last kick toward the victim’s head. 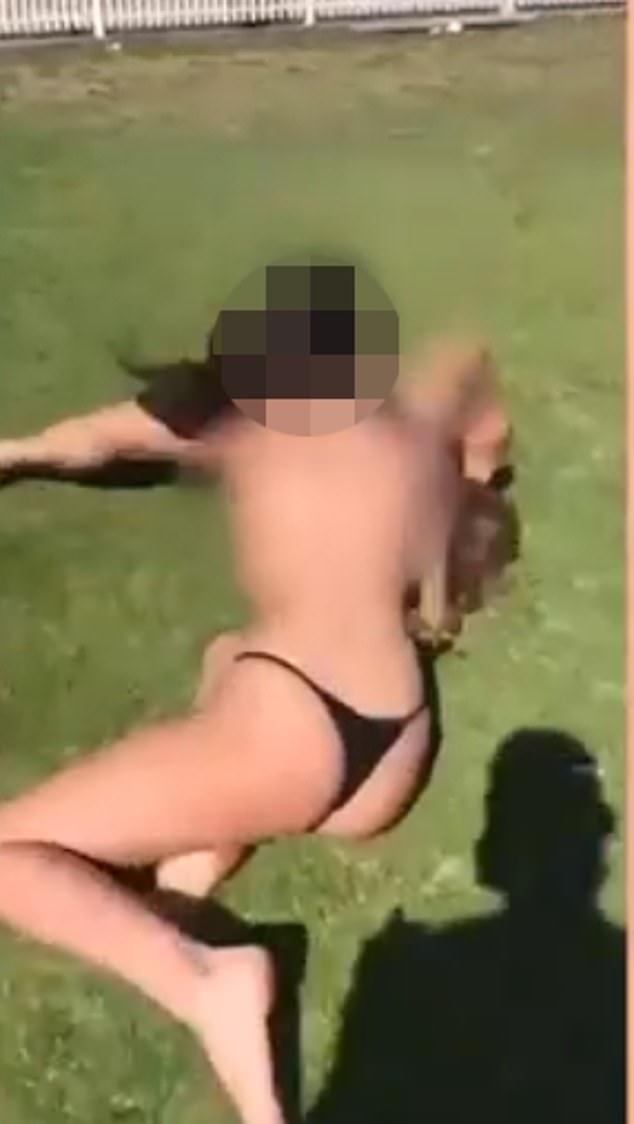 The teenage attacker was seen punching and pulling the hair of her victim, losing her bikini top in the process