Greta Thunberg mocked world leaders as she opened a climate summit in Italy today – accusing them of making ’empty promises’ over global warming.

Thunberg, who rose to fame thanks to her ‘school strike for climate’ protests in her native Sweden, added: ‘This is all we hear from our so-called leaders.

‘Words that sound great but so far have not led to action. Our hopes and ambitions drown in their empty promises.’ 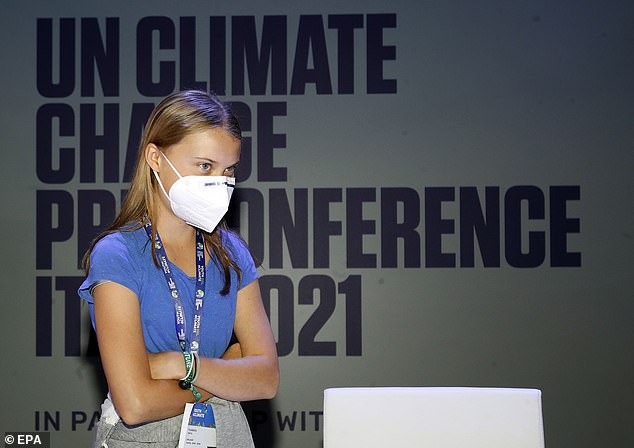 She singled out Mr Johnson for mockery in her speech, quoting his words that climate action is ‘not some expensive, politically correct… act of bunny hugging.’

The Youth4Climate event is a three-day summit attended by 400 young representatives from 190 nations which will be used to develop climate policies.

It runs until September 30, which is the first days of the Pre-COP conference – a summit of energy and climate ministers from around the world in preparation for the full COP26 meeting in Glasgow later this year.

On the final day of the youth summit, the young representatives will present their policies to ministers – with the best taken to Glasgow for discussion by world leaders.

Greta arrived at the summit after a seven-hour train journey from Frankfurt – where she has been pressuring Germany’s election candidates over climate change.

She was swarmed by reporters at the station, while she waited to take a mandatory Covid test.

When asked what she was expecting from the talks, Greta gave a typically-downbeat assessment – replying ‘not a lot’ before adding that it will be ‘just like any other meeting, with lots of talking.’

Thunberg was addressing the Youth4Climate portion of the Pre-COP conference, which is the last formal meeting between climate energy ministers from around 50 nations ahead of the main COP26 summit in November. 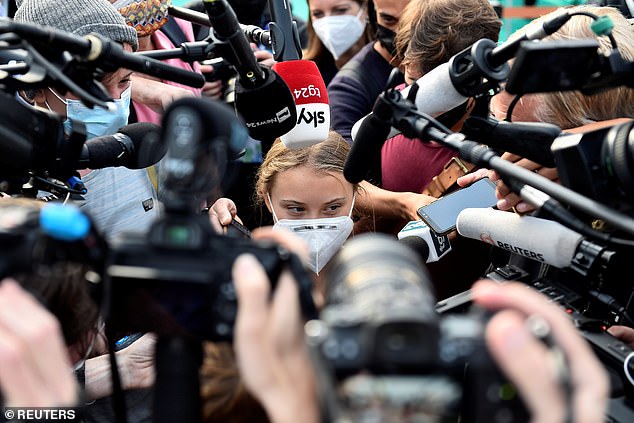 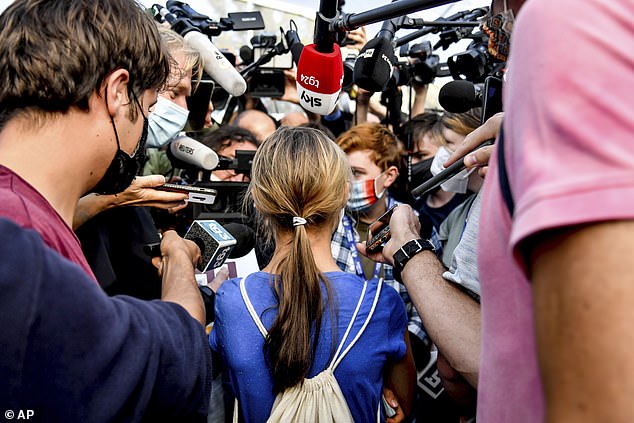 The aim of Pre-COP is to lay the groundwork for high-level deals to be struck at COP26 itself, when it is hoped major economies will commit to drastic cuts in carbon emissions with the aim of reaching ‘net-neutral’ by 2050.

During the youth event, some 400 young delegates from 190 countries will hold round-table discussions and workshops to develop climate policies that will be presented to ministers on the final day of the meeting.

The best will be taken to the COP26 summit itself, to be discussed by world leaders and their teams.

Events were originally scheduled to take place in 2020, but have been delayed by a year due to the Covid pandemic.

Also addressing the event was Alok Sharma, the UK minister serving as president of COP26, who said the time has come for bolder commitments from world leaders to cut greenhouse gas emissions.

Sharma said the response of world leaders to the climate change crisis to-date has not come anywhere close to the scale of the challenge. 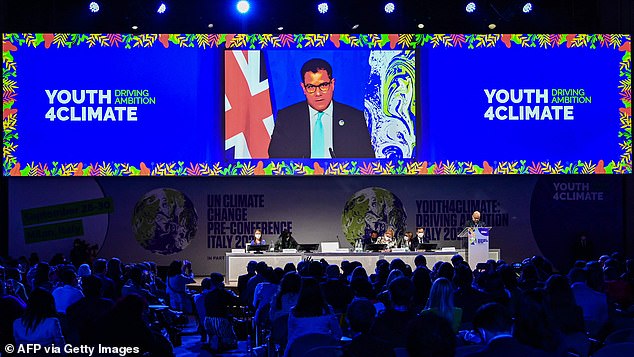 The U.N. COP26 conference in Glasgow in November aims to secure more ambitious climate action from the nearly 200 countries who signed the 2015 Paris Agreement.

At that summit, world leaders had agreed to try to limit human-caused global warming to 1.5C – a target the UN has since warned is likely to be missed.

In a report published in August this year, UN experts said humans are ‘unequivocally’ to blame for climate change and that irreversible damage has already been caused.

It also laid out a grim vision of what will happen in the years ahead even if drastic action to cut emissions is taken immediately, calling it a ‘code red for humanity’,

But, the report was keen to point out, there is no ‘cliff-edge’ for climate change – a point at which the situation becomes hopeless and action is not worth taking.

Every degree the planet warms will make life harder – including more frequent droughts, forest fires, flooding, hurricanes and extremes of temperature – while every action to limit the damage will make things easier.