By Murray Wenzel For Aap

The venue for the November 17 super-welterweight bout was confirmed on Thursday, Tszyu putting his undefeated record on the line ahead of a World Boxing Organisation world title fight next year.

The 31-year-old Inoue (17-1-1), the WBO’s No.7-ranked fighter in the division, plans to disrupt Tszyu’s rampaging path to the top. 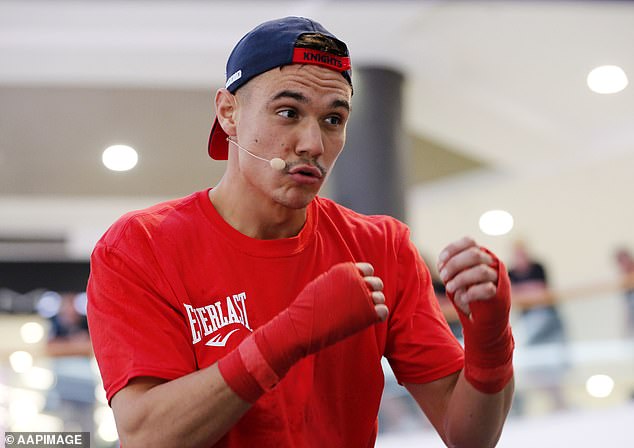 ‘Tszyu is a very good fighter but I’m very confident in my ability,’ Inoue said via a translator on Thursday.

‘This is an exciting opportunity for me to make a mark on the world stage and I truly believe I will finish Tszyu with a knockout in this fight’.

But he declared this fight the most important of his burgeoning career.

‘Inoue is a very accomplished and talented fighter. He is crafty in the ring and like all Japanese boxers, very brave.’ Tszyu said.

‘He will need to be though because I know he has never fought anyone like me before.

‘I’m putting in the hard work now and come fight night, I’m going to be ready to show the world once again just what I can do’.