President Joe Biden’s Office of Management and Budget is due to release shutdown guidance Thursday – a week before the government shuts down if Congress doesn’t pass a funding bill.

OMB’s spokesperson Abdullah Hasan told Punchbowl News that ‘prudent management requires that the government plan for the possibility of a lapse in funding.’

During past government shutdowns, ‘essential’ federal workers work without pay, hundreds of thousands of employees are furloughed and government contractors don’t get their money. Additionally, federally run parks and museums are generally closed down. 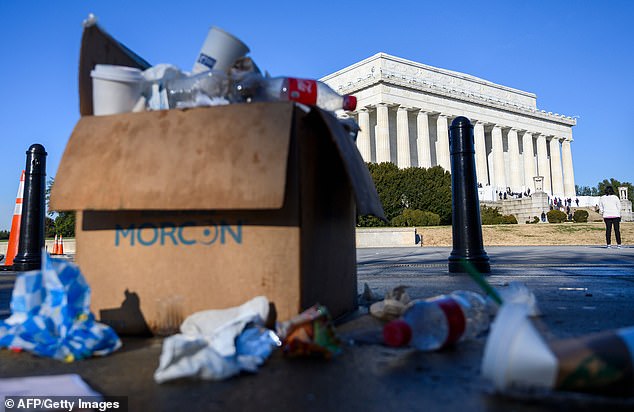 President Joe Biden’s Office of Management and Budget is due to release shutdown guidance Thursday – a week before government funding runs out. Trash is seen piled up outside the Lincoln Memorial in December 2018 during a government shutdown 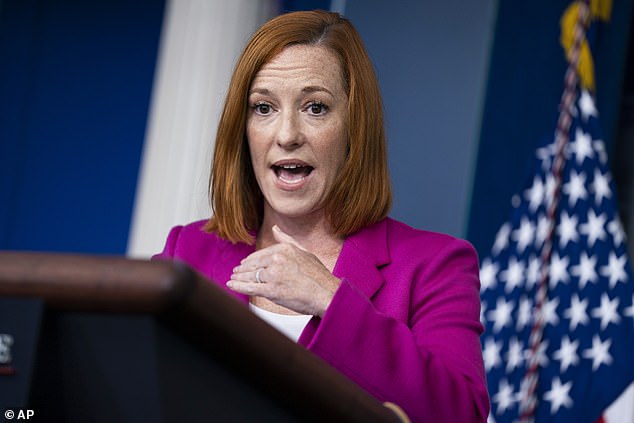 White House press secretary Jen Psaki downplayed the preparations saying that it’s ‘consistent with longstanding practice across many administrations for OMB to simply remind senior staff of the need to review and update orderly shutdown plans.’

‘This is not formal guidance being given, it’s just a reminder,’ she said.

Government funding is due to run out by the end of the month.

The debt ceiling also needs to be raised, with Treasury Secretary Janet Yellen predicting that sometime in October the U.S. will no longer be able to pay its bills.

The House passed a funding bill that would keep agencies open until December 3 – and suspend the debt ceiling until December 2022, after the midterm elections.

However, Senate Minority Leader Mitch McConnell has pledged Republicans will block the bill once it’s taken up by the upper chamber next week.

Democrats would be able to pass something alone if they used the Senate’s reconciliation process, but they’ve argued that lifting the debt ceiling – since both parties have contributed to the debt – should be bipartisan.

Republicans have said they would pass a short-term spending bill, but without the debt ceiling – using it as a way to politically punish the Democrats for the large price tag of the $3.5 trillion budget bill that Biden wants passed through reconciliation.

That bill’s fate is also still in limbo. 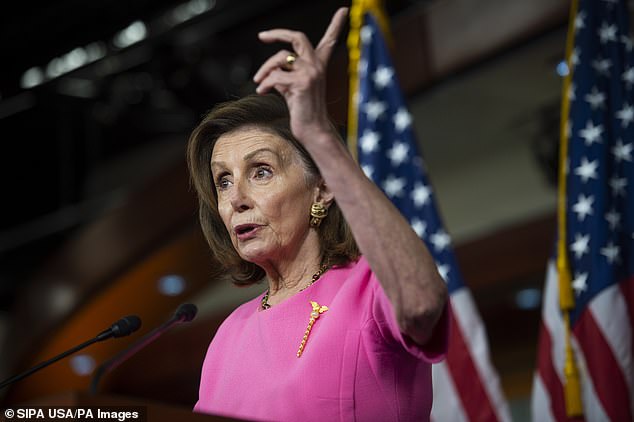 ‘We’ll keep government open,’ she said. ‘We will have a CR that passes both houses by September 30,’ she vowed.

Psaki also assured reporters at Thursday’s briefing that the administration was taking steps to shield the country’s pandemic response from a potential shutdown.

‘We are taking every step we can to mitigate the impacts of a potential shutdown on our pandemic response, economic response or other priorities,’ she said, adding, ‘The fact is, shutdowns are incredibly costly, disruptive and damaging.’

‘Direct public health efforts can generally proceed during a shutdown because they’re exempt and that is certainly our intention,’ Psaki said of making sure pandemic response wasn’t impacted.

‘But large swaths of the federal government coming to a screeching halt would certainly not be beneficial to pandemic response, but we are doing everything we can to mitigate,’ she added.

The government shut down twice during former President Donald Trump’s tenure – in January 2018 and again in December 2018, which stretched through the new year.

It also shut down once under former President Barack Obama – in 2013.