Female teacher, 38, at elite $84,000-a-year boarding school in Florida is arrested for ‘having sex with underage male student on a beach’

By Shannon Thaler For Dailymail.Com 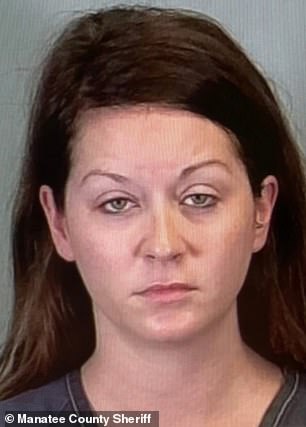 Taylor J Anderson, 38, an English teacher at IMG Academy, turned herself in on Monday at Manatee County Jail after allegedly having sex with a male student in the backseat of her car

A teacher at an elite $84,000-a-year boarding school in Florida has been arrested and charged with having sex with an underage male student after cops caught wind of the relationship from rumors among students.

Taylor J Anderson, 38, an English teacher at the prestigious IMG Academy, in Bradenton, turned herself in to Manatee County Jail on Monday.

Anderson was also fired and banned from the campus of the preparatory boarding and sports training school.

The allegations emerged in July after school administrators, who had heard rumors of the relationship, confronted the student victim who admitted they had sex.

The school also contacted the student’s family, and reported the incident to the local authorities.

When questioned by detectives the student told them Anderson picked him up from his home and the two went to Culver’s before driving to a Manatee County beach, as reported by the Bradenton Herald.

They first started talking via Instagram at some point in July and continued to converse through Snapchat and Facetime. According to the Herald they had already talked about having sex before agreeing to meet up sometime in early August.

The student supposedly knew that Anderson had previously communicated with other IMG Academy students through the social media site. But the teacher was new to the school, having only been hired in January.

Detectives seized Anderson’s personal cellphone on September 15 and investigators searched her car for evidence. The victim’s family allowed officers to look through his phone for evidence too.

In one video Anderson was wearing an IMG Academy shirt before exposing her breasts and in the other, the victim watched as Anderson masturbated on her bed.

Detectives also found two photos from the victim’s phone that appear to have been taken from the backseat of Anderson’s car while she was driving, as reported by the Herald.

The student’s name was redacted form the affidavit but it said that he stopped talking to the teacher when it ‘became weird’. The court documents detailed how Anderson wanted the victim ‘to watch and look up videos depicting scenes in which younger…have sexual relations with older females’. 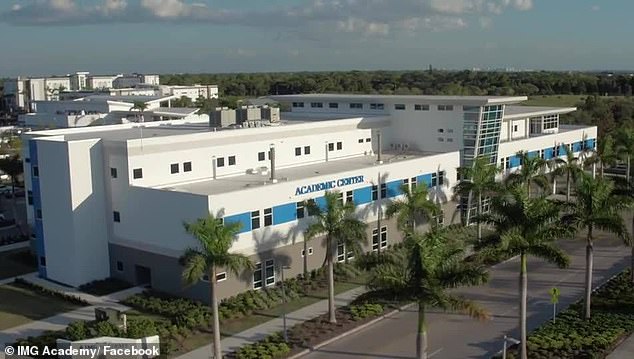 When administrators at the $84,000-a-year preparatory boarding and sports training school (pictured) first heard about the relationship they immediately banned Anderson from the campus in Bradenton and ‘contacted the student’s family, and reported the incident to local authorities’ 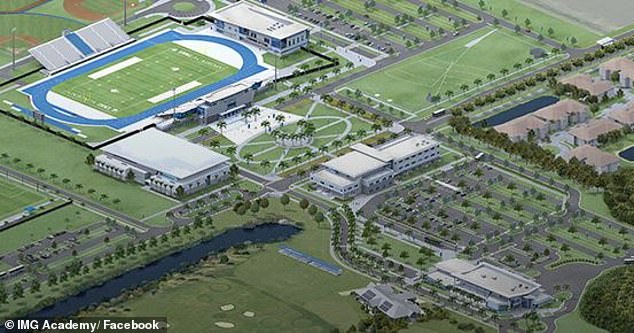 Based off the evidence from the student’s phone, cops were able to get an arrest warrant and charge Anderson with sexual battery by custodial authority, traveling to meet a minor and transmission of harmful material to a minor.

When officers arrived at her home last week with the arrest warrant, Anderson was nowhere to be found. She reportedly even took a trip out of state before turning herself in.

However, the unlawful teacher invoked her right to legal counsel and refused to speak to detectives.