A body modifier on trial over procedures that allegedly maimed or killed his patients was talked out of removing the wisdom teeth of a ‘nervous young girl’, a NSW judge has heard.

‘Some chick asked to have her teeth pulled out. I have been up all night watching YouTube learning how to do it,’ Russell said, according to the barber.

The conversation, outlined in Mr O’Neil’s statement to police, was read on Monday to the Sydney District Court, where Russell is on trial for manslaughter, intentionally causing grievous bodily harm and genital mutilation. 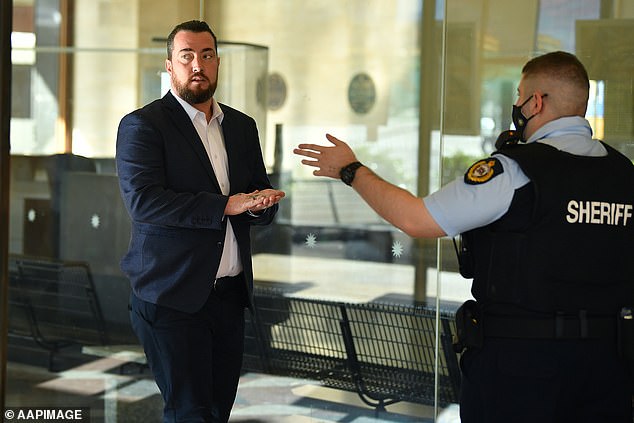 He’s pleaded guilty to each of the charges, which relate to modifications performed on three different women between 2015 and 2017.

Mr O’Neil, who subcontracted space in Russell’s Transitions parlour in a Central Coast shopping centre, said he had to talk the body modifier out of ‘a lot of surgeries and procedures’.

When told of the dentistry plan, Mr O’Neil said ‘you don’t know what you’re doing’ and told the woman words to the same effect when she arrived.

‘The customer was a nervous young girl. They all were. I cannot remember her name,’ his police statement said.

‘Brendan convinced her he could just do it. She believed him. Her back molars were just growing wrong.’

Mr O’Neil denied suggestions from Russell’s lawyer that the body modifier had in fact agreed to ‘check on’ her ‘inflamed’ wisdom teeth and that Mr O’Neil had not expressed any concern.

‘I think the wording of ‘checkup’ and ‘looking at them’ needs to be changed to ‘removal’,’ he said.

He did agree Russell removed none of the woman’s teeth.

Russell’s manslaughter charge relates to a woman who became septic shortly after Russell implanted a plastic snowflake in her hand.

Mr O’Neil, who like Russell was close to the deceased woman, says she complained of migraines and infection before her death.

‘I believe her only contact (for medical advice) was Brendan,’ he said.

The woman trusted Russell and ‘never said bad things’ about him, even if Mr O’Neil did.

On the way to the woman’s funeral, the barber said Russell tried to convince him the woman’s death was caused by overdosing on drugs supplied by neighbours.

‘He was telling me that … they had given her some drugs for migraines and she seemed lucid when came in (to get) her hand flushed, she seemed drugged or something,’ he told the court. 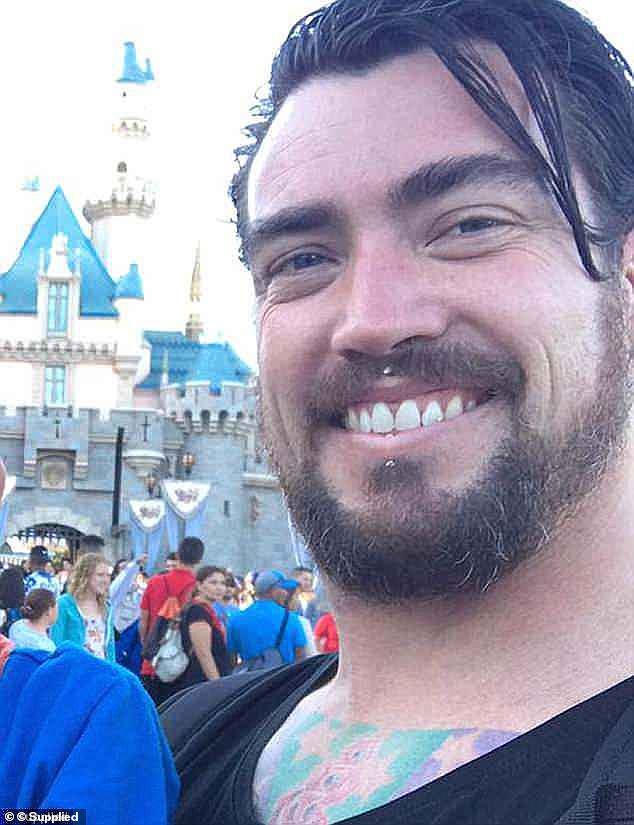 Russell told Transition staff he’d spoken to the woman on numerous occasions the night before and she seemed ‘drunk or wasted’.

‘(He said) she told him her hand was sore but he talked that down, he didn’t say too much about that, she seemed to him that she was off her face,’ Mr Olteanu told the court on Monday.

‘There wasn’t much deep conversation about her hand because he was telling everyone it was a drug overdose.’

Mr Olteanu said he’d seen the woman discussing her migraines and pain in the parlour days earlier, and hearing Russell advise she take painkillers ‘and see how it went’.

The trial continues before Judge Helen Syme, without a jury and via videolink.