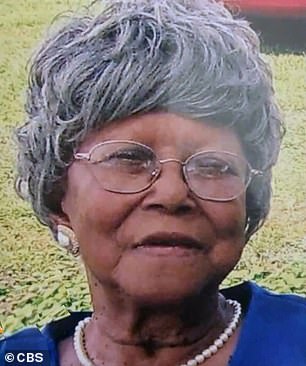 A Louisiana family is facing having to rebury their grandmother after her casket was washed out of a burial vault in Hurricane Ida’s flash floods, and ended up on a front lawn 300 yards away.

Ester Morton was buried in 2013 in Barataria, Louisiana – 40 minutes outside of New Orleans.

Her casket had been laying in a burial vault at a nearby graveyard until Hurricane Ida hit the state as a Category 4 storm at the end of last month.

The hurricane sparked flash floods, which left the graveyard underwater and washed Ester’s casket out of its burial vault.

The coffin washed up on the lawn of a private property 300 yards away, and was found by CBS news reporter David Begnaud.

After finding a nameplate on the side of the coffin, Begnaud managed to contact one of Ester’s daughters.

After Hurricane Katrina displaced nearly a thousand caskets, Louisiana now requires all of them to have some form of identification, according to NPR. 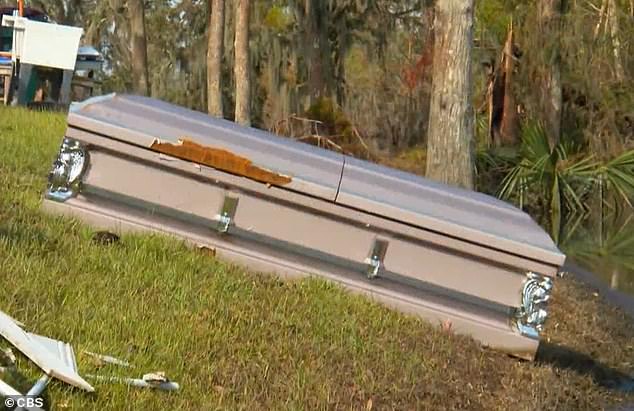 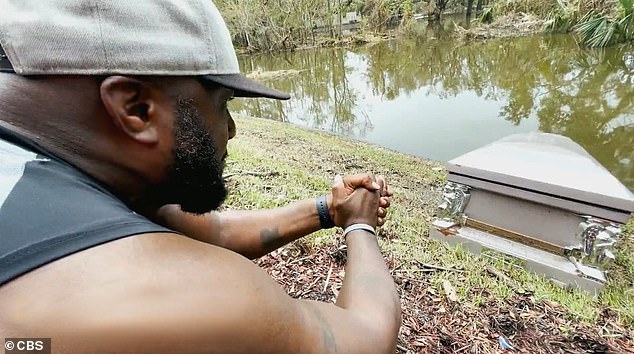 Ester’s grandson Troy Harvey came to collect his grandmother’s casket from a man’s home. The last time he had seen it was at her funeral in 2013 where he was a pallbearer

Ester’s grandson Troy Harvey, who last saw the casket when he was a pallbearer at his grandmother’s funeral, came to remove it from the lawn.

Harvey was visibly emotional at the sight of his grandmother’s casket.

‘Jesus, I love you so much,’ he said as he place his hand on the coffin.

‘I don’t know how we supposed to get the casket back into its place, but I’m sure they’re not comfortable having it sitting on their front lawn either,’ he told Begnaud.

It turned out that the property owner and Harvey grew up together before Harvey moved to Texas, and the man offered his trailer to get Morton back to her resting place once the flood water went down.

The men haven’t seen each other in 30 years. 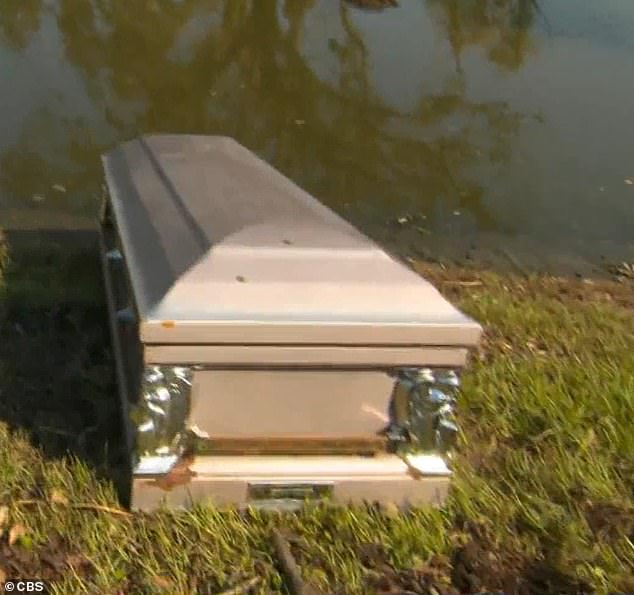 The coffin was found by CBS news reporter David Begnaud. 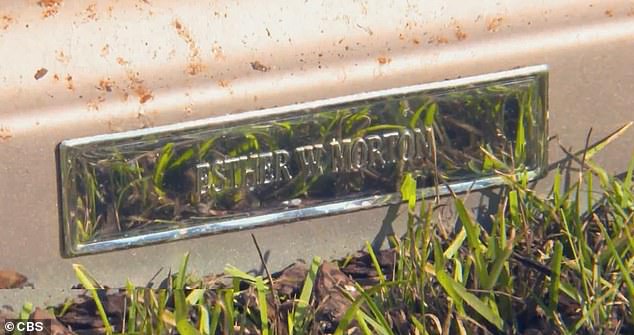 Ester’s casket had a nameplate on it, which CBS used to identify the family. After Hurricane Katrina displaced nearly a thousand caskets, Louisiana now requires all caskets have some form of identification

It is estimated that 30 to 50 caskets were displaced during the flooding, according to Ryan Seidemann, chairman of Louisiana’s Cemetery Response Taskforce.

In the aftermath of the hurricane, he flew around the area in a helicopter looking for displaced coffins.

He said the concrete burial vaults, which are placed directly on the ground or partially buried, have air pockets and when water gets underneath them, the caskets are able to float.

‘They want to float,’ Seidemann told CBS. ‘If those waters come in and rock them back and forth enough, they’ll just come up and travel with the floodwaters.’

FEMA offers families up to $8,000 to help properly rebury their loved ones. 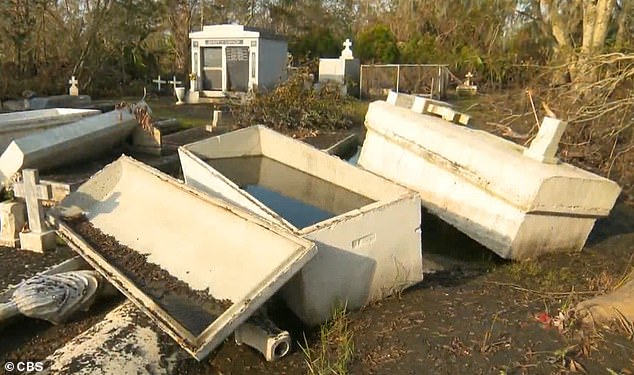 The concrete burial plates (pictured) that are placed on the ground or partially buried have air pockets and when water manages to get underneath they float, according to Ryan Seidermann 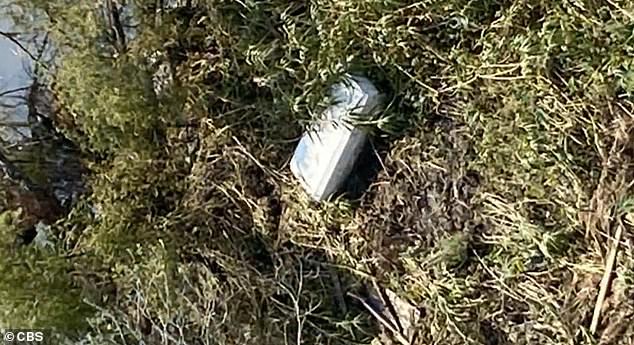 Seidemann, chairman of Louisiana’s Cemetery Response Taskforce, flew in a helicopter over southeastern Louisiana in search of coffins

Two weeks after Ida hit the Louisiana coast, the state is still recovering from the devastating destruction left behind.

Tens of thousands of residents are still without power. The power could be out for another month, according to NPR.

Hurricane Nicolas hit Texas as a Category 1 hurricane on Tuesday and has since weakened to a tropical depression as it nears Louisiana. 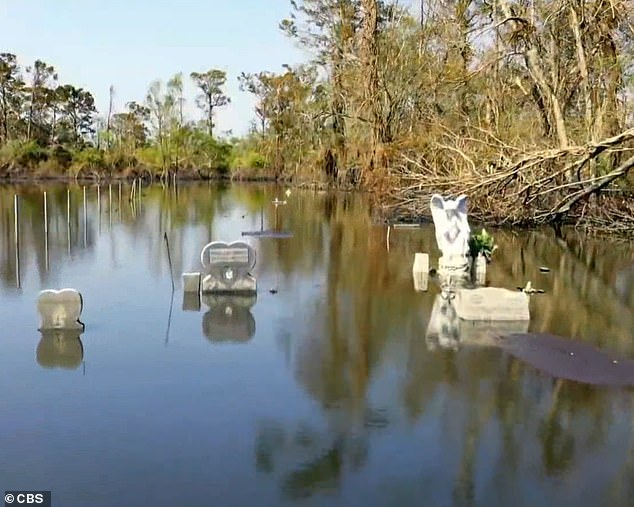 The cemetery and the surrounding areas are still heavily flooded, making it hard to rebury loved ones. The property owner, who knew Harvey as a child, offered to help him rebury Ester after the flood goes down. FEMA also offers families around $8,000 to help properly rebury their family after a disaster

It is expected to bring heavy rainfall to the state.

The Louisiana governor announced that Nicholas caused an additional 13,500 outages by Tuesday afternoon.

Energy companies working to restore power to remaining areas in the state said Wednesday that they were watching Nicholas closely but didn’t expect it to affect their restoration times.

Entergy Louisiana spokesman Jerry Nappi said Nicholas has not yet caused any delays to the previously announced schedule to restore power.

He explained that crews cannot operate when lightning is within 10 miles and can´t put bucket trucks in the air at winds greater than 30 mph but he said that the company plans to quickly resume work once conditions improve.

‘These are tough guys, and they relish all of this,’ he said. The co-op services about 21,000 customers across five parishes including parts of the hard-hit Terrebonne and Lafourche parishes. Ticheli said the co-op has returned power to about 75% of its customers with the remaining 25% mostly in the hardest-hit parts of southern Terrebonne parish.

In the weather-battered city of Lake Charles, in southwestern Louisiana, Mayor Nic Hunter said the city prepositioned assets should they be needed, and city crews scoured the drainage system to keep it free from debris that might cause clogs and flooding during Nicholas.