How did he survive? Indian motorcyclist falls under the wheels of a bus but crawls out unscathed moments later

A motorbike rider miraculously survived after being dragged under the wheels of a bus.

The lucky-to-be-alive man was travelling along the side of the road.

The single decker came up behind him and he suddenly veered into the path of it. 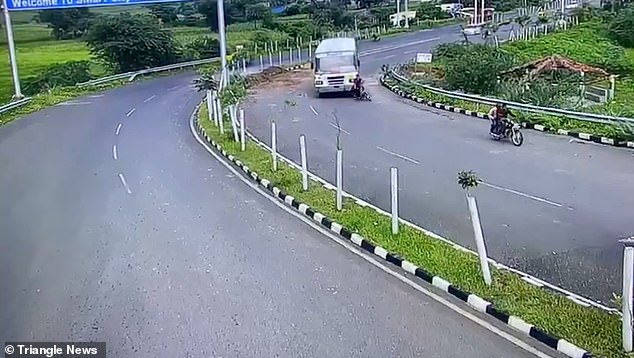 The motorcycle rider ended up underneath the bus which was travelling in Dahod, India 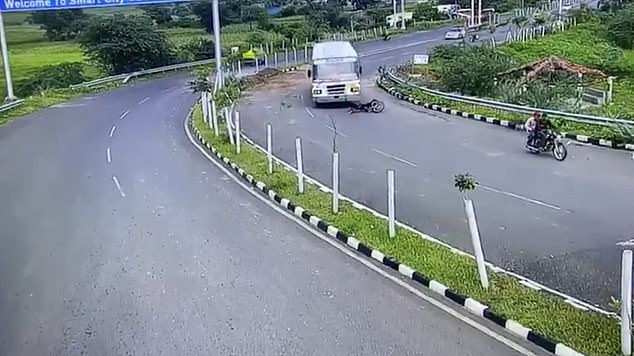 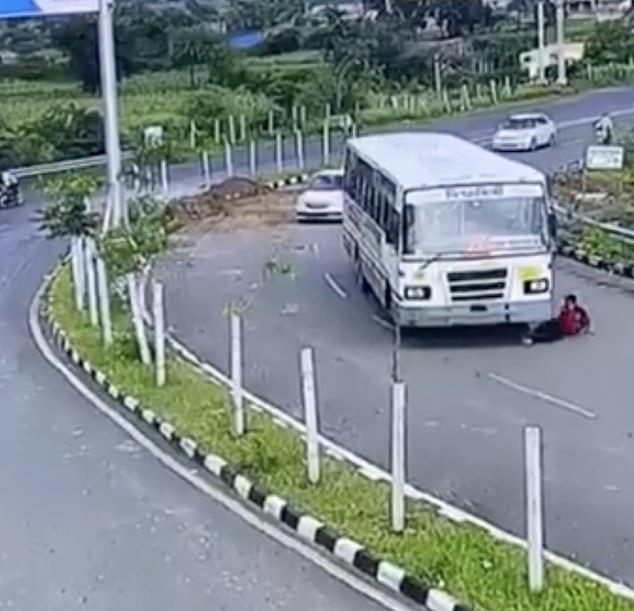 The man was able to clamber free from under the bus, much to the surprise of witnesses 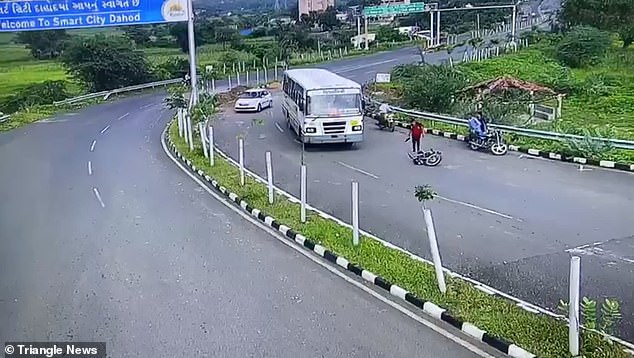 The man, pictured in red, went back to his bike having crawled from under the bus

The rider disappeared under the front wheels for several seconds.

But the quick-thinking bus driver slammed on the brakes.

He stopped to help as the man then emerged completely unscathed after his brush with death.

Other motorists stopped to help and the horror crash was captured on CCTV in Dahod, Gujarat, India on Monday.

It is believed the man was trying to overtake the bus when he fell in front of the vehicle.