Two Americans have died after falling from a cliff they were trying to climb on the Spanish island of Majorca and plunging into the Mediterranean Sea.

The pair, named locally as Mark Anthony Bacolod Stiles, 35, and Brandon Scott Burns, 25, both of Baltimore, Maryland, were killed after getting into difficulties as they made their daring ascent.

The double tragedy occurred on Tuesday near a cove called Cala Sa Nau, close to the eastern coast town of Portocolom.

Coastguards and police were sent to the scene but could do nothing to save the men. 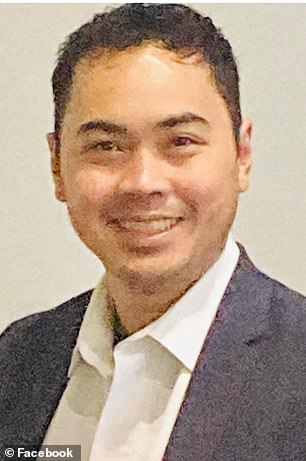 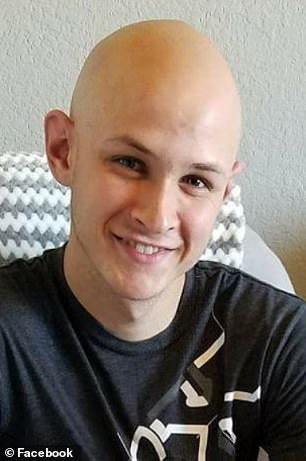 Mark Anthony Bacolod Stiles, left, and Brandon Scott Burns, both of Baltimore, Maryland, lost their lives climbing the cliffside off the coast of a Spanish island on Tuesday 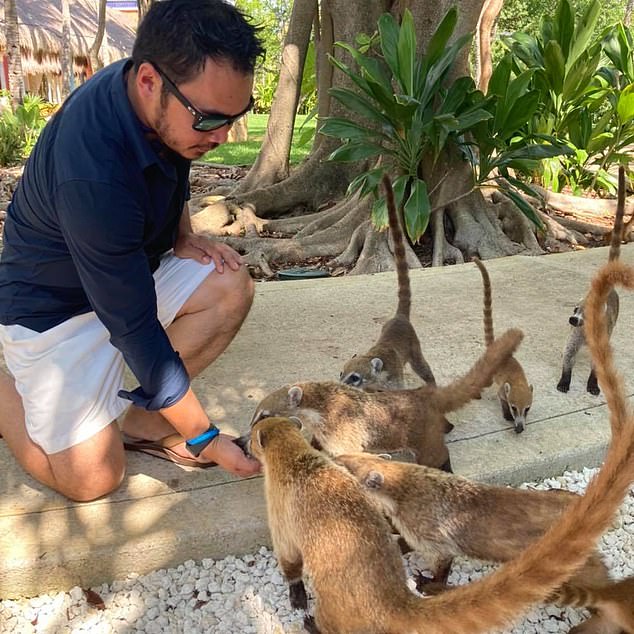 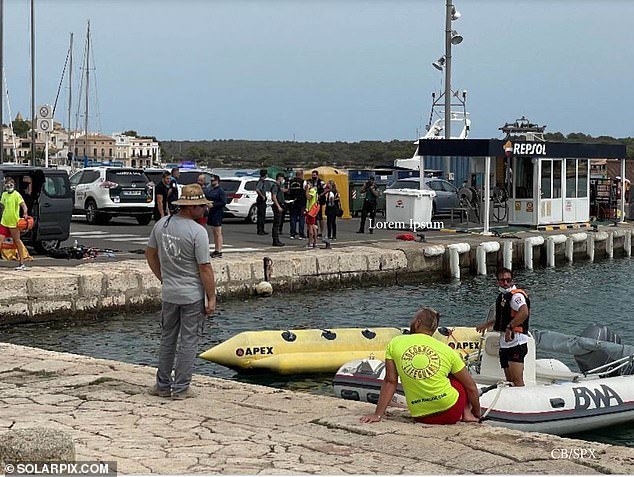 Post-mortems are due to take place in the coming hours to determine if they drowned or suffered fatal trauma injuries in the fall.

The men, said to have been holidaying on the Mediterranean island, are understood to have been practicing deep-water soloing which is also also known as psicobloc.

It is a form of solo rock climbing that relies solely upon the presence of water at the base of a climb.

That is intended to protect against injury should a climber slip and fall while attempting a difficult route.

It is typically practiced on sea cliffs at high tide but can also be done on climbs above reservoirs, rivers and even swimming pools.

Often a dinghy or other small boat is kept on scene to pick up a fallen climber, as a fall from a taller route can still carry the risk of passing out on impact with the water, which could lead to drowning.

The practice of deep-water soloing in Mallorca has its roots in the late 1970s.

According to Stiles Facebook page, he was an avid outdoor climber. 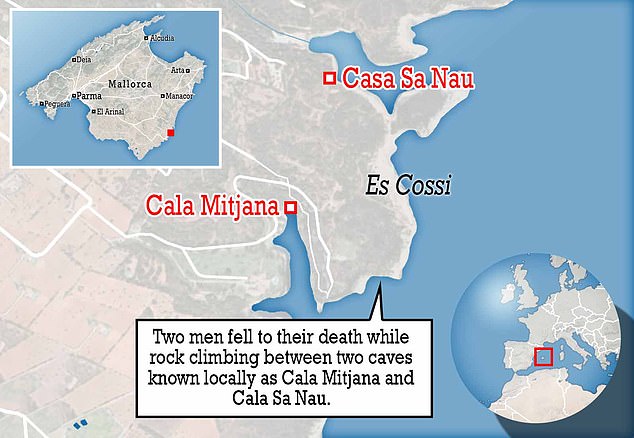 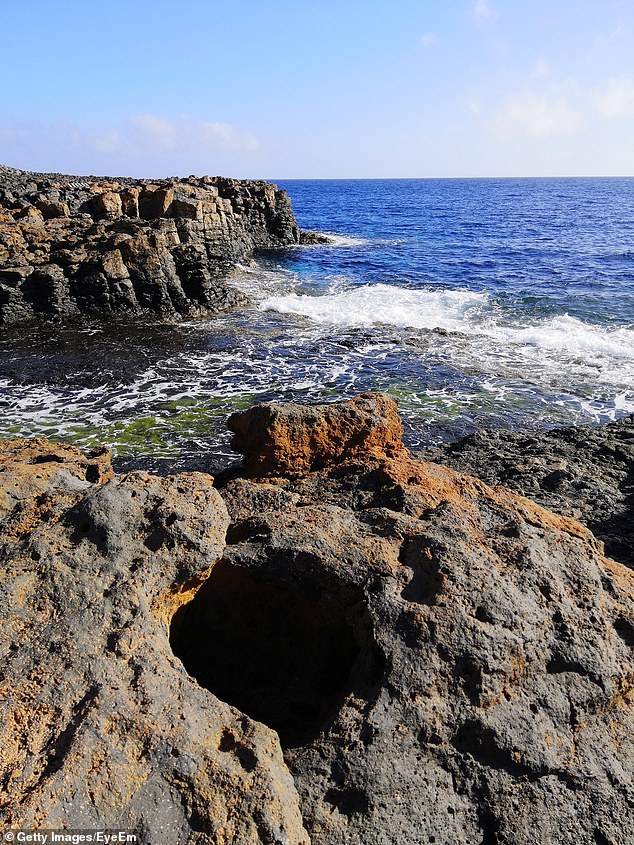 A spokesman for the Civil Guard in the Mallorcan capital Palma confirmed: ‘Two North American nationals have lost their lives in a climbing accident near to the town of Portcolom.’

The alarm was raised around midday on Tuesday by witnesses.

‘We responded along with local police and coastguards but there was nothing that could be done to save the men’s’ lives.

‘Our understanding is they were on holiday on the island. ‘Post-mortems will now take place to determine the causes of death.’

Well-placed sources said they believed one of the men could have hit rocks below him as he fell.

It is not known where the pair were staying in Mallorca. 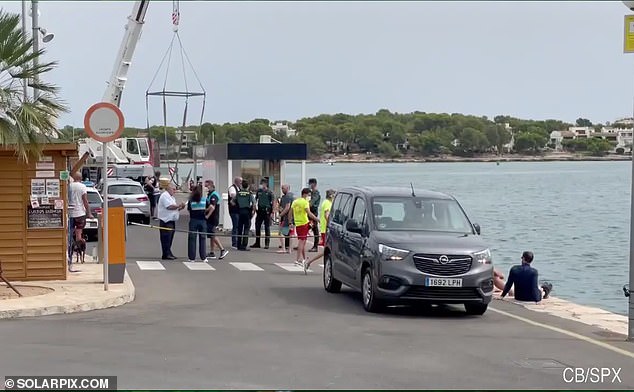 The alarm was raised by a witness around 1pm today and Civil Guard, coastguards and local police based in nearby Santanyi were sent to the scene

The exact spot where the men fell to their deaths is a cave-like opening in the cliff known as Cova des Cossi or Cova de Es Cossi.

One of the men’s bodies was recovered by a boat belonging a local diving firm and the other by the same vessel but with the help of coastguards.

A regional TV station broadcast footage of Civil Guard patrol cars with their sirens flashing at Portocolom Port as they waited for the bodies to arrive.

Multiple media outlets in the Balearic Islands including Mallorca initially reported the men were of ‘British origin’ before police confirmation they were US citizens.

Miguel Chicon, Head of the Balearic Maritime Rescue Centre in Palma, said a witness raised the alarm around midday.

Speaking before it was confirmed they were climbers, he said: ‘A witness rang the ambulance service here in Spain to report two men were in difficulties in the water.

‘It may well have been they were climbers practicing what’s known here as psicobloc because of the type of footwear they had on, but that is not something I can confirm at this stage.

‘In the end a privately-owned vessel that was in the area recovered the body of one of the men because the water was too shallow for our vessel to get near and took it back to Portocolom Port. 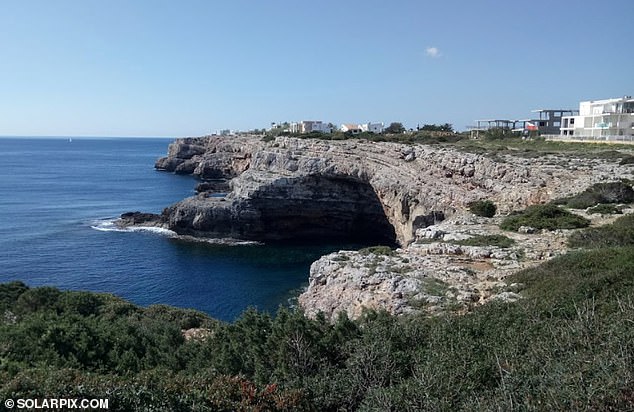 Police are understood to have found one of the dead men in a cave close to the spot where he fell. Coastguards recovered the other body from the sea

‘The body of the other man was recovered in a joint operation between that same privately-owned vessel and the Salvamar Illes Pitiuses.

‘CPR was practiced on both men but there was nothing that could be done to save their lives and they were pronounced dead at the scene.’

Local reports said a witness who saw one of the men fall practiced CPR on him while he waited for emergency responders to arrive.

The tragedy is being investigated by Civil Guard officers in Portocolom as part of a probe coordinated by a local court.

It was not immediately clear on Wednesday if next-of-kin have been informed and when the men’s bodies will be released to their families so they can be repatriated.