Students across the US have been warned not to take part in the new ‘devious licks’ TikTok trend that challenges kids to rip school fixtures off walls.

The viral trend, which has seen more than 235 million views throughout the platform, has left bathrooms particularly destroyed as schools reported broken light fixtures, water heaters, soap dispensers, paper towel dispensers, mirrors and even urinals ripped off their walls.

Other students have posted videos of them stealing cameras, janitorial equipment, water fountains and have even tampered with their school’s water heaters.

It all comes as thousands of student returned to school in September amid the COVID-19 pandemic. 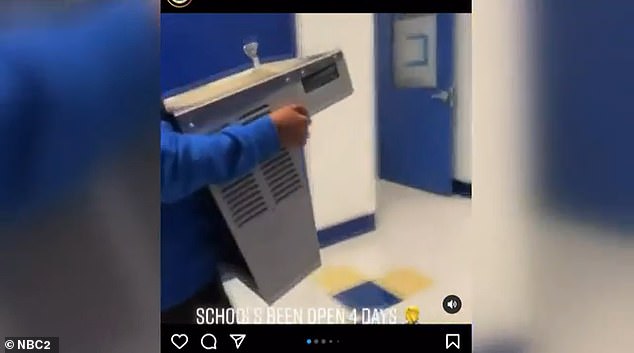 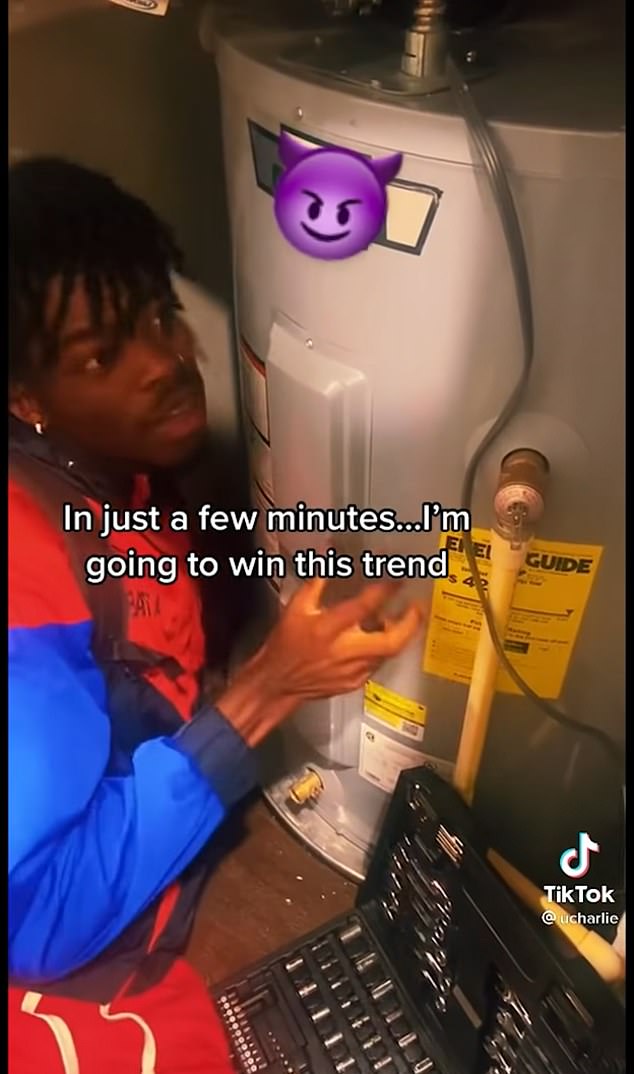 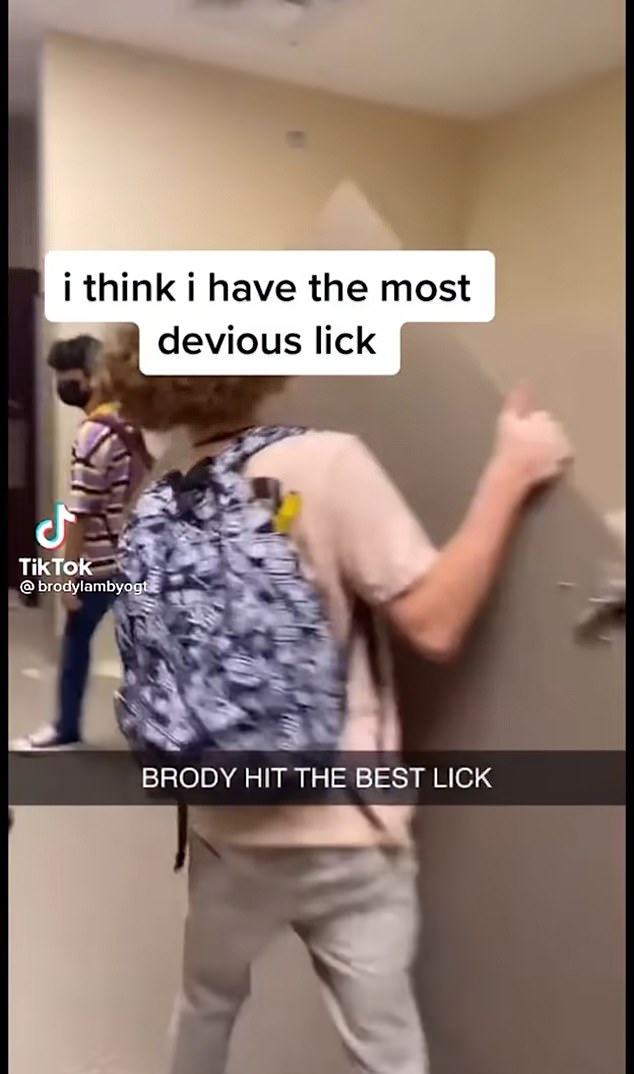 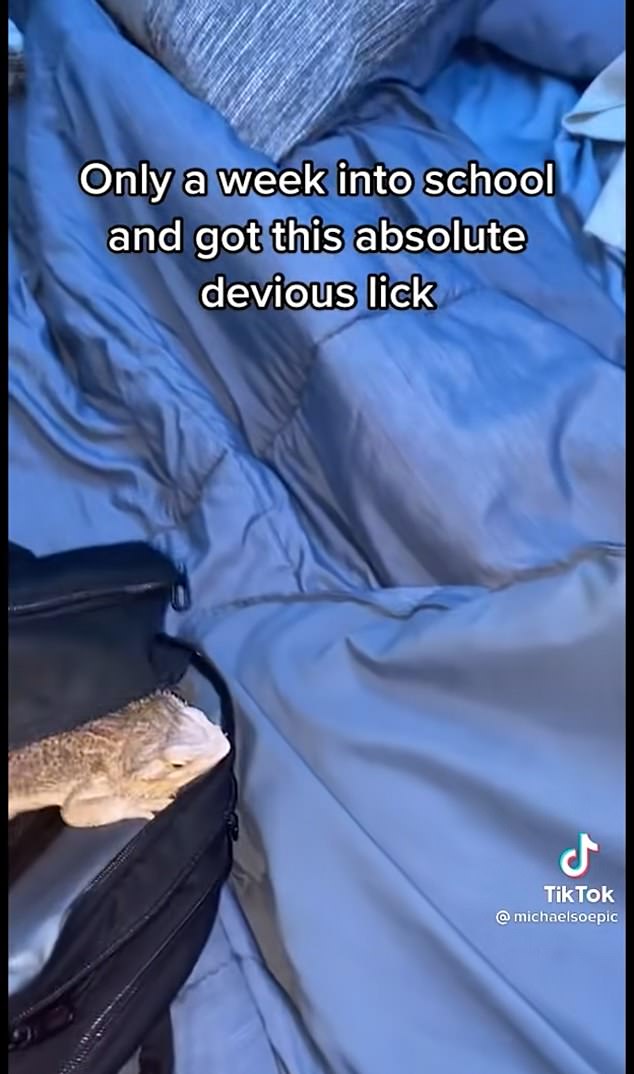 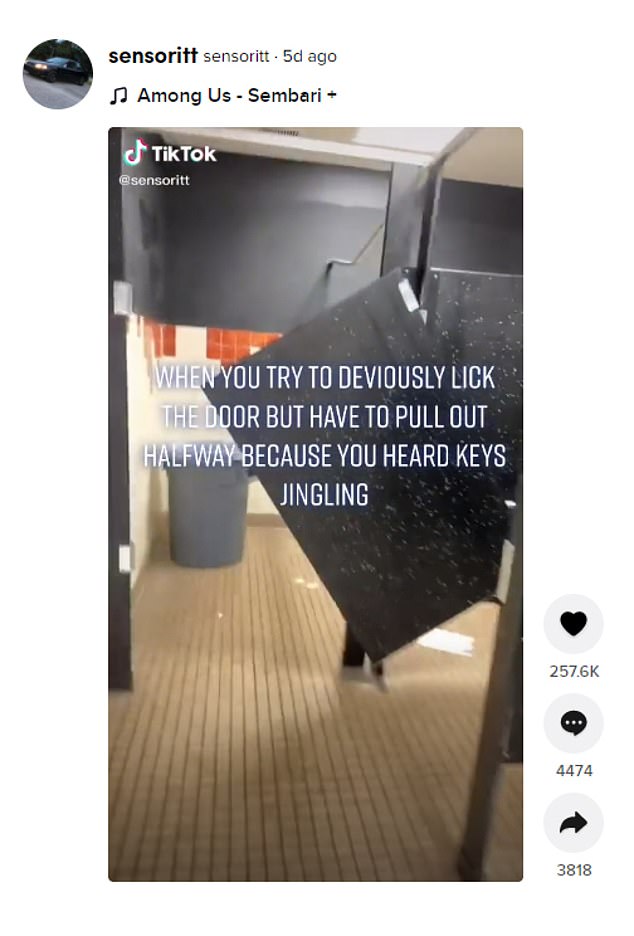 Aubrey Chancellor, the executive director of communication at the North East Independent School District in San Antonio Texas, told Fox News that the district has been a victim of the challenge.

‘It’s important for students to understand what they see on social media is not always a good idea in reality,’ Chancellor said.

‘The students involved face disciplinary action and are expected to pay restitution as well. If possible, charges may be filed as well.’

Dr. Toni Zetzsche – the principal of River Ridge High School, in New Port Richer, Florida – confirmed that his school had also seen its property destroyed over the trend. He sent out a warning letter to her students on Monday.

‘As a principal, I cannot fathom why students would want to destroy their own school (or any place really). This is something that has been happening at many others schools and I am disheartened that RRHS has been targeted several times today.’

‘We will investigate every single video, we will monitor and use social media footage to catch the students responsible and we will ask for law enforcement intervention in every situation while also providing school discipline at the maximum level allowed.’ 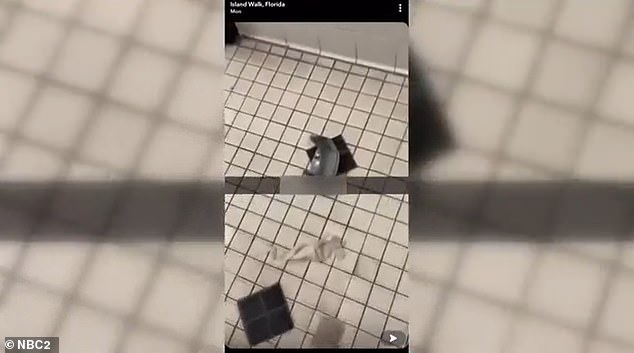 Gulf Coast High School, in Florida, saw one of it’s urinals go missing in the bathroom 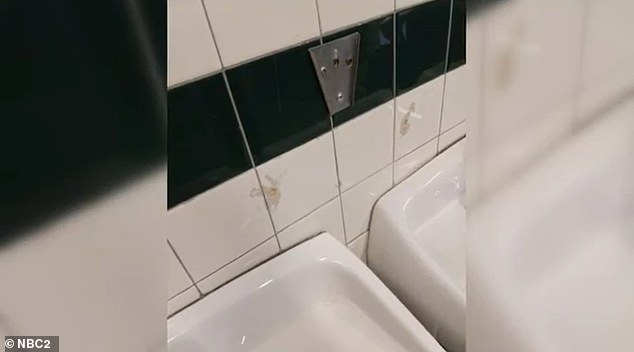 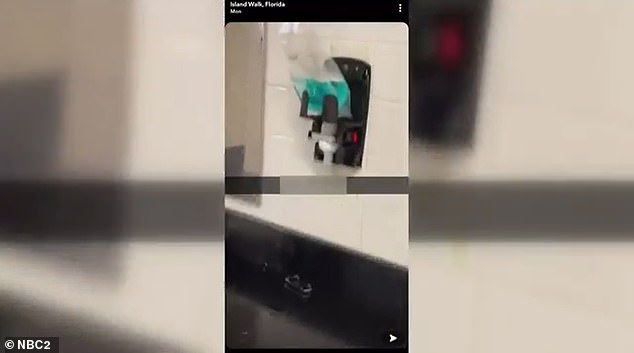 Another student posted a damaged soap dispenser for the challenge 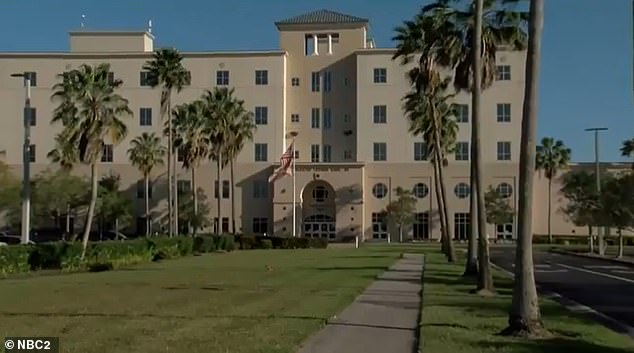 Officials at the Gulf Coast High School, pictured, reported damages to most of its bathrooms

The Gulf Coast High School, another school in Florida, reported that most of its bathrooms were closed due to the rampage caused by the viral trend, according to NBC 2.

Students at the school had been allegedly stealing everything from the bathrooms, from soap dispensers to urinals to even an entire sink.

‘I just think that it’s a little bit ridiculous,’ Raegan Heffelfinger, a senior at Gulf Coast High, told NBC 2. ‘When you have to go all the way around to a different bathroom it just makes it a little bit harder on you.’

Officials at the Coachella Valley Unified School District, in Thermal, California has even gone as far as creating a website portal for students and parents to report ‘devious licks’ violations anonymously, the Desert Sun reports.

‘These types of violations are subject to disciplinary action and may be subject to legal guardians and parents having to pay restitution due to property damages’ the district wrote in a letter sent out to residents. 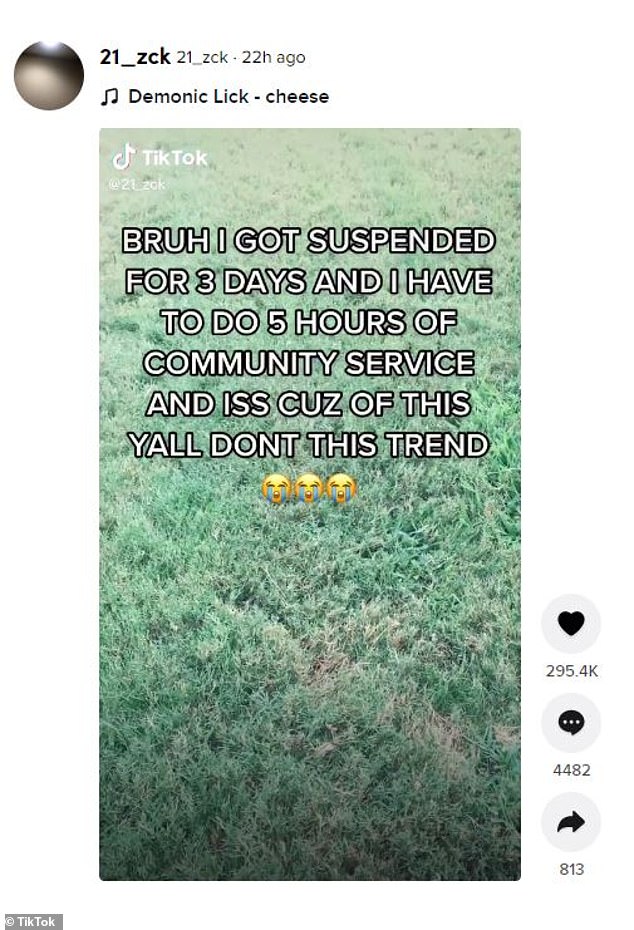 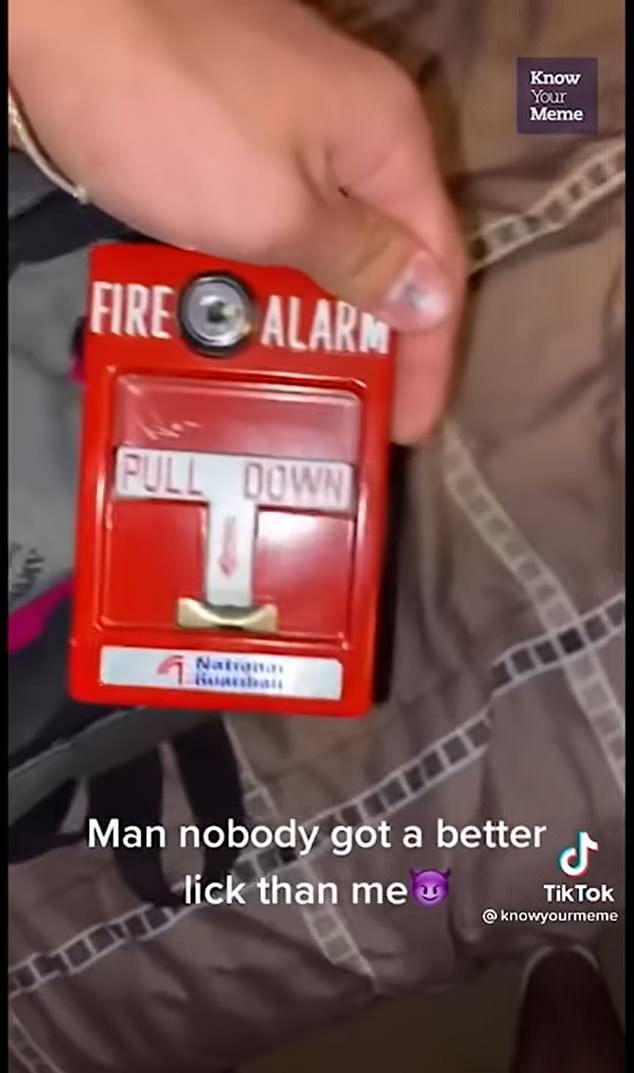 One TikTok user claimed that they had been suspended for three days and was assigned to five hours of community service after being caught throwing soap into the toilets as part of the ‘devious licks’ challenge.

‘I can’t even use the restrooms at my school till December because of this stupid trend,’ the TikTok user said.

TikTok has blocked the hashtag #deviouslicks from its platform and no results are available when users search the phrase, however, videos can still be found through the related hashtag #devious.