The new Premiership season kicks off on Friday night when Bristol entertain Saracens at Ashton Gate.

Saracens, relegated from the  top flight in 2020 following a series of salary cap breaches and fined more than £5million, will play their first domestic top-flight game for almost a year

Fans will also be back in the stadiums this weekend.  This season’s top flight will comprise 13 clubs, with no relegation to the Championship. 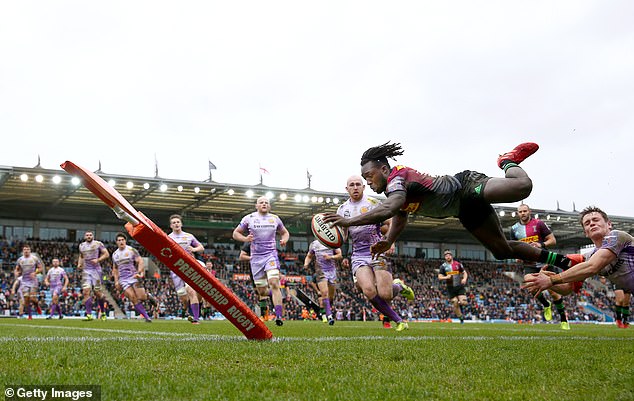 Harlequins and Bristol have shown that positive, attacking rugby is the way forward

Is the Quins/Bristol attacking template the way forward?

Positive, imaginative, attacking rugby is the way forward generally, not just in the Premiership. I looked on in horror last weekend at the sheer poverty and boredom from the South Africa team against Australia. Rugby was not — and is not — meant to be played like that and I’m just pleased Australia won.

The Boks’ series against the Lions was little better and it should worry everyone involved in the sport that rugby is going down that route. It will be dead in five years if it does.

Thankfully, the All Blacks showed that proper rugby is alive and well when they hammered the Pumas and big congratulations to Quins and Bristol for last season as they demonstrated exciting, ball-in-hand rugby can be winning rugby.

The ball must always be your friend, not a ticking time-bomb. What is the point of neutralising your best players, kicking the leather off the ball all day?

I’d love to sit down with the South Africa team and ask them, ‘Do you really enjoy playing this way?’ 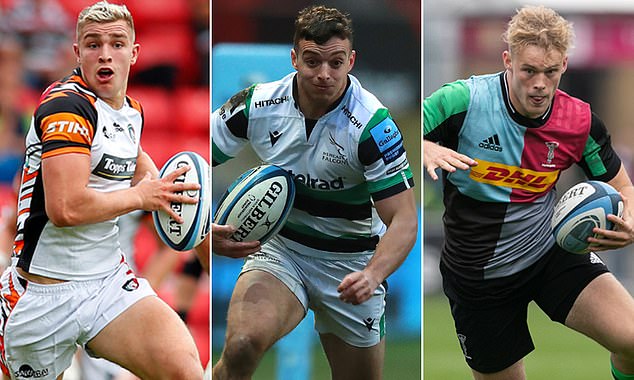 THREE WHO COULD BE ON ENGLAND’S RADAR

Emma Raducanu has, among other things, confirmed that if you are good enough, you are old enough. We must start picking on merit and nothing else.

I picked Jonny Wilkinson when he was 18 and England could easily — and should have — started with Marcus Smith two years ago when he had just turned 20.

Of the current young crop, I would look out for Leicester’s 20-year-old Six Nations Under 20 player of the season JACK VAN POORTVLIET, a silky smooth nine with a great break, and Quins back three player LOUIS LYNAGH, also 20, who enjoyed a storming end to last season.

A little older at 23, but an exciting raw talent nonetheless is Newcastle wing and speed machine ADAM RADWAN, who is capable of damaging the best defences.

Supporters are back, are you excited?

Massively. Big, animated live crowds are the lifeblood of professional sport. Premiership teams coped brilliantly without fans and I salute them but it must have been hard work and a second full season of empty stadia would have been soul-destroying. Welcome back, everybody.

Is it back to ‘normal service’ at Sarries?

It might be a while before they get their mojo back. The Premiership has got stronger since their ‘sabbatical’. Quins have re-emerged, Sale are stronger, Leicester are definitely on the way back, Bristol are hungry and have great potential, Exeter remain rock solid, Saints have their moments and you have to think sometime soon Bath or Gloucester will put together a convincing campaign.

Owen Farell must start at 10 and re-emerge as the pre- eminent domestic player he was — after the Lions and England no-show that followed the World Cup, he has a point to prove. Saracens will be without their Lions tourists for the early games, which could also be tricky. 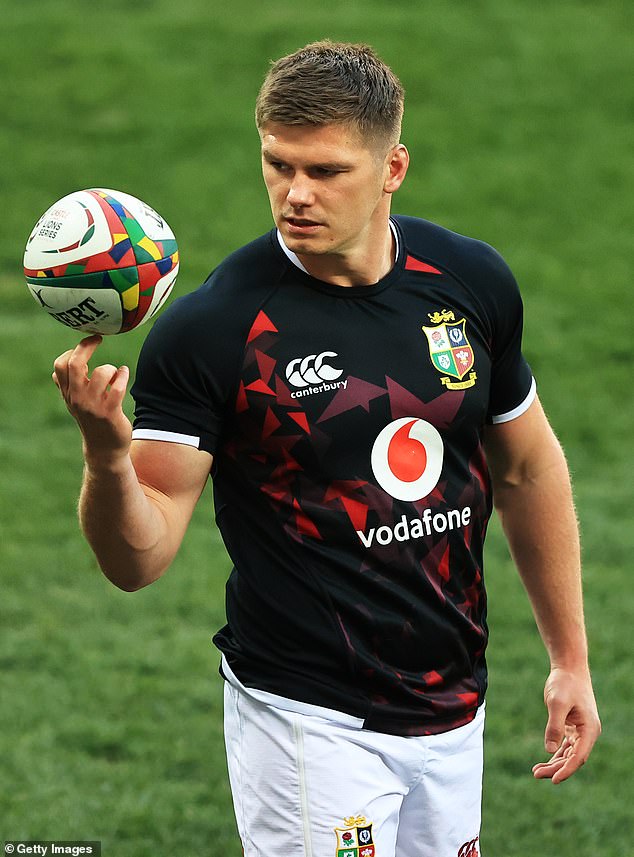 Are promotion and relegation A must?

Totally, absolutely, 100 per cent, all the time and it must return the moment Covid allows. Professional rugby in this country has nowhere near finished growing, although England’s failure at the 2019 World Cup was a big blow — a win then could have provided another launch pad — and now the pandemic has temporarily slowed things.

But professional rugby must grow again. New entrepreneurs will want some of the action and they must have an outlet, just as they do in Premier League football and just as they do with great success in French rugby.

There, the Top 14 and Pro D2 are part of the same organisation and move as one with no protectionism and suspicion of new kids on the block. That must be our template.

Who is the league’s best-value-for-money overseas player?

Jasper Wiese was a very good signing and transformed the Tigers pack with his physicality and intensity at No 8 — they are a pack to reckon with again. He is right up there with Faf de Klerk, who Sale signed a few years back when the Boks didn’t want him, and they have been rewarded in spades. I would just add that it’s a two-way thing. Both these players have also learned a great deal in the Premiership and improved massively. 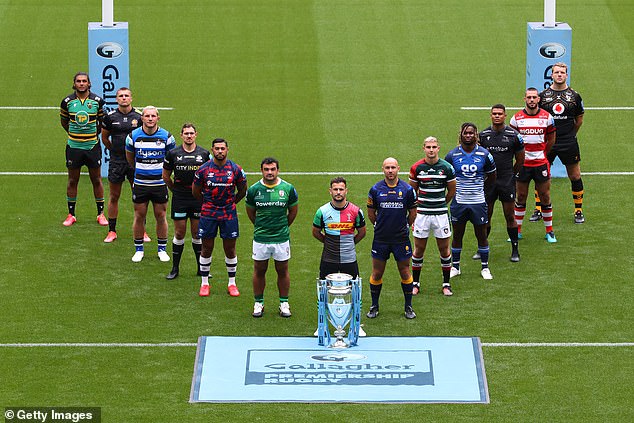 What’s the secret of Exeter’s consistency?

Much of this is down to Rob Baxter. He is unflappable and his team are built in his image. He is also a brilliant selector, which is fundamental. He picks clever, rounded squads full of ultra-reliable and talented players.

On top of that he then selects the right team for each match and rotates cleverly. Finally, I see a very happy group enjoying their rugby, the company of their team-mates and life in Devon. It’s a pretty good base to work from.

Champions Quins have turned a big corner and I can see them going from strength to strength and making another final — the Marcus Smith factor and the approach he encourages are key for them.

It’s tempting to say Exeter again but I reckon my old club Leicester could be the surprise package. They have signed another good Bok forward in Marco van Staden and the supporters believe again. Tigers could build up a head of steam.