A hooded thug has attacked a pedestrian with a large knife in an unprovoked attack in central London.

Footage captured by a driver in Stepney Green near Limehouse just before 9am today showed the shocking moment a man repeatedly stabbed a pedestrian in the back.

Police were called at 8.40am and a man in his 20s was taken to hospital with stab wounds that are not considered life-threatening.

In the video the pedestrian is walking along the street when a man in a hood runs up behind him and thrusts a knife into his back. 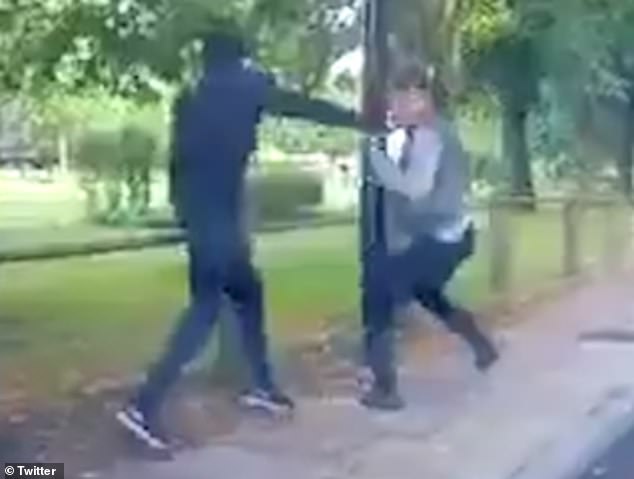 The pedestrian immediately turned around and started to run, prompting his attacker to make chase.

The attacker continued to lunge forward with the knife and appeared to make contact with the victim’s face.

The chase continued along the road before the attacker jumped over a fence and ran away through a park. 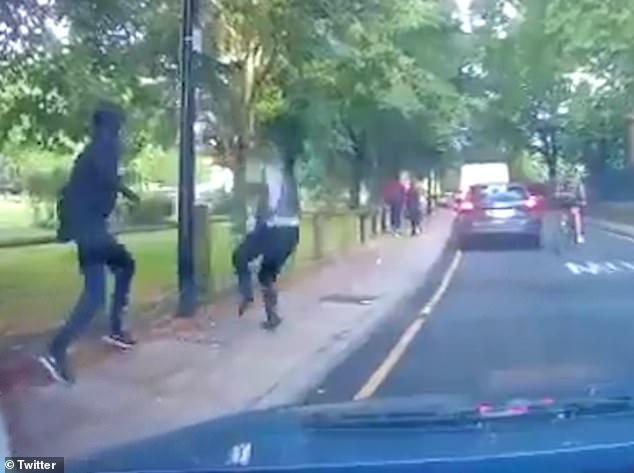 The pedestrian immediately turned around and started to run, prompting his attacker to make chase along the busy road

A Metropolitan police spokesman said: ‘Police were called at approximately 08:40hrs on Wednesday, 15 September to reports of a man stabbed in Belgrave Street, E1.

‘Officers and London Ambulance Service attended and found a man, believed to be aged in his 20s, suffering stab injuries; he was taken to hospital for treatment – his condition is not life threatening.

‘No arrests; enquiries into the circumstances continue.’