Thomas Tuchel admits Romelu Lukaku is the type of player Chelsea were ‘missing’ last season after he earned the Blues a win over Zenit St Petersburg on Tuesday.

Lukaku scored his fourth goal in four matches since rejoining the West London club for £98million this summer by heading home Cesar Azpilicueta’s cross in the 69th minute of the game to win 1-0 at Stamford Bridge.

Tuchel believes it is Lukaku’s clinical edge that makes him a ‘world-class’ striker and claims the club are ‘very happy to have him’ considering he has scored four of his six shots on target this season. Speaking after Chelsea’s triumph in their first Champions League group game, he said: ‘The performance from Romelu was not easy.

‘We didn’t create many chances for him but he’s the type of guy who doesn’t lose confidence and belief. And that is why he is a world-class striker.

‘He’s super important, it’s as easy as that. You don’t find many strikers of his quality. 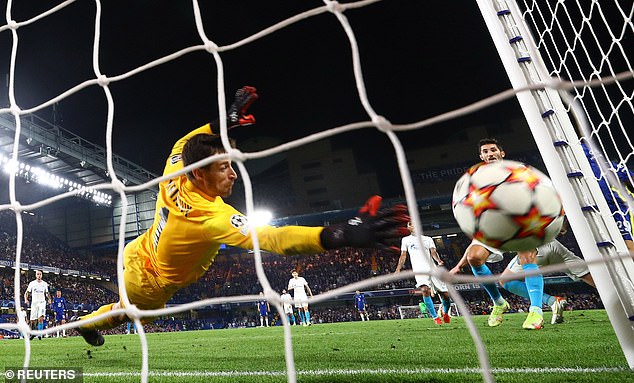 ‘He is such a humble guy, a super communicator in the dressing room, and that creates a certain energy around him in the team that we are proud of and what to have.

‘The spirit and atmosphere last year took us very far and it’s important we have it again. We have it with Romelu, he knows what the club is about.

‘We have him and we are very pleased because he gives everybody around him confidence.’

Tuchel believes Lukaku is capable of changing the momentum of the game and spurring Chelsea on.

The Blues manager also says Lukaku’s presence on the pitch takes the pressure off some of his Chelsea team-mates.

Tuchel added: ‘There are not many goals in football and goals change the momentum of the match. It gives the whole team belief that one chance is enough for him to score. 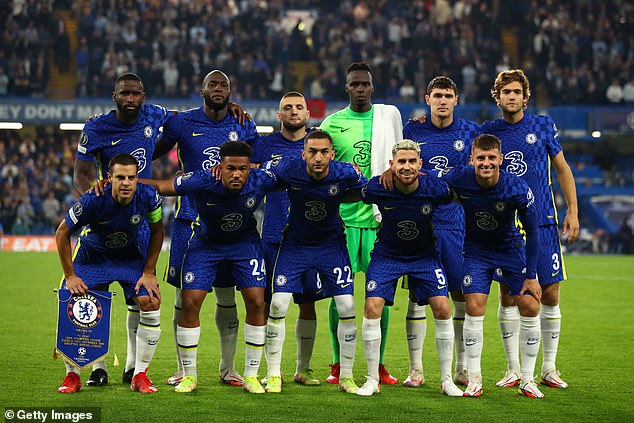 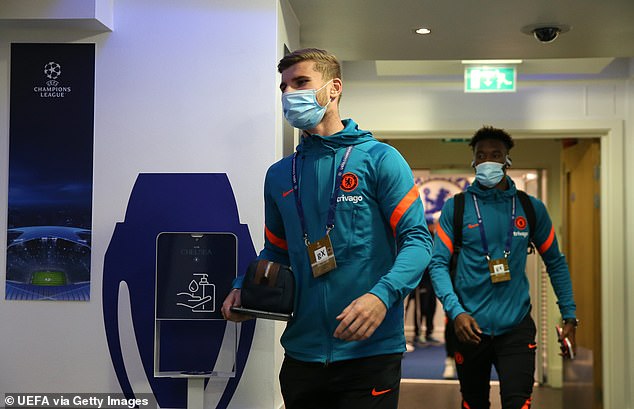 ‘So it’s not only talent he brings, he brings belief and takes the pressure off the shoulders of other guys around him.

‘He has the personality not to lose confidence. He is at a very high level and we are very happy to have him with us.’

Having only returned to the club this summer, Lukaku has already proved he is worth the £98m Chelsea paid for him.

He has scored one goal against Arsenal, two goals against Aston Villa and now one goal on the European stage.

Nevertheless, Chelsea did make a sluggish start against the Russian champions. – who mirrored Tuchel’s back-three, with their holding midfielder Wilmar Barrios deployed as one of three central defenders.

Chelsea’s opponents snapped into tackles and broke quickly on the turnover with Claudinho and Malcom at the heart of each counter-attack.

However, they were able to create very little and Chelsea assumed control in midfield of the pitch as half-time approached. Following the break, the Blues upped the tempo and created several chances – but it was Lukaku who found the back of the net.

Reflecting on the team’s performance, Tuchel said: ‘I am happy in general with the performance.

‘It was a tough match against a strong opponent. It was tough for us in the first half to find little gaps, accelerate the game, be dangerous and create touches in the box ball.

‘We played with a high intensity and had many ball recoveries. We had to be focused and aware with our defence because they have a lot of individual quality upfront.

‘We did all that and in second half we found it easier to find spaces in between the lines, to accelerate, create half-chances, deliveries. And the cross from Azpi was good and dangerous because it comes from a difficult place to defend around the box.

‘The target was the second post and Kai (Havertz) and Romelu were there. It was nice and at the same time a decisive goal that was very good for us.’