Prince Harry and Meghan Markle are the stars of the new Time Magazine’s list of the 100 most influential people on the planet, it was revealed today.

The US publication released a glossy and heavily-airbrushed cover on Harry’s 37th birthday showing the Duke of Sussex stood behind his wife with his arms on her right shoulder.

Harry is dressed in all black and Meghan in white on a terrace likely to be on their $14.65million mansion and estate in Montecito, California. 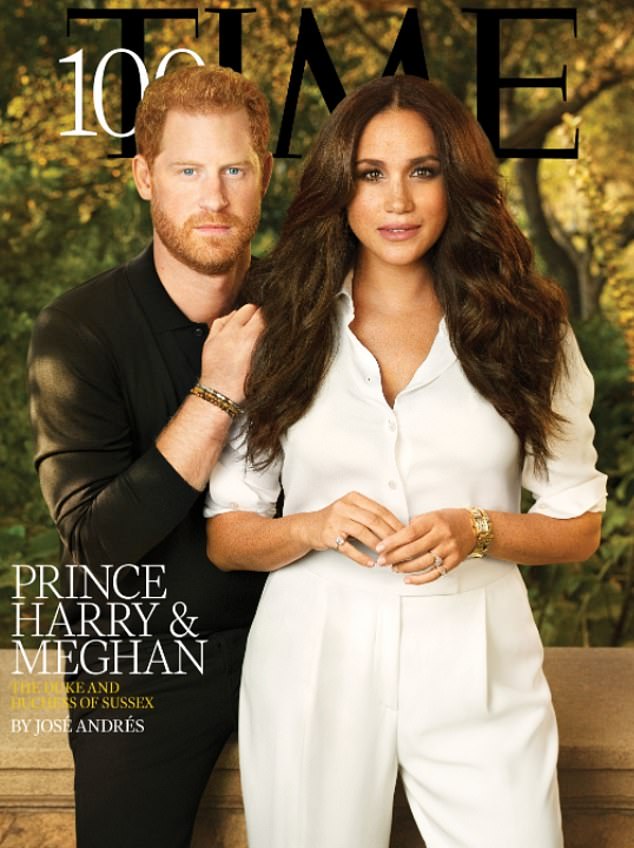