A man who was crushed to death by his own car in a freak accident at a McDonald’s drive-thru in Vancouver last week has been named as a married father-of-two.

Tony Eyles, 42, accidentally dropped his bank card as he went to pay for his breakfast while visiting the eatery around 5:30am.

He exited his vehicle to retrieve it, but the car then suddenly lurched forward and ‘collided into a structural piece of the restaurant,’ Vancouver police say.

Eyles was pinned between the side of his vehicle and the establishment’s storefront, and was crushed to death.

He died just a few weeks before his ninth wedding anniversary, and leaves behind two children, a boy and a girl, aged eight and six, as well as his wife, Caitlin. 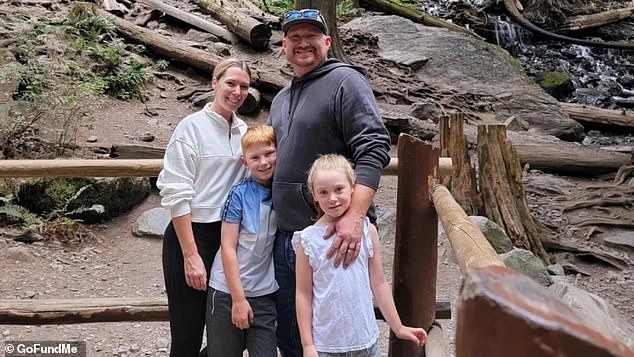 Eyles leaves behind two children, a boy and a girl, aged eight and six, as well as his wife, Caitlin 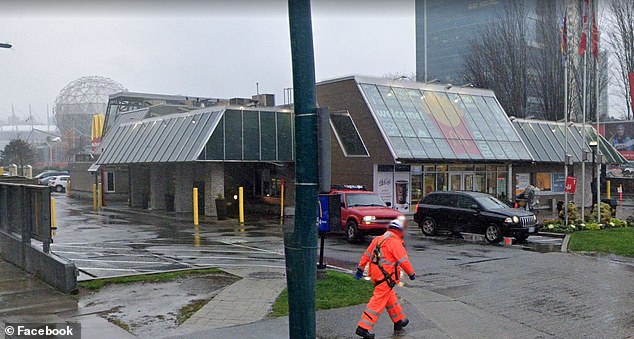 The freak incident occurred around 5:30 a.m. at a Vancouver McDonald’s drive-thru 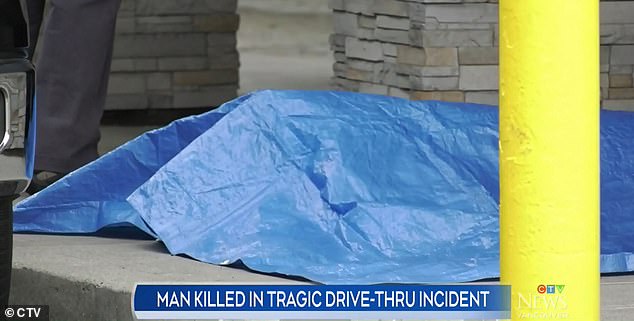 Eyles was pinned to the wall of the fast-food establishment by his car, and was crushed to death, police say 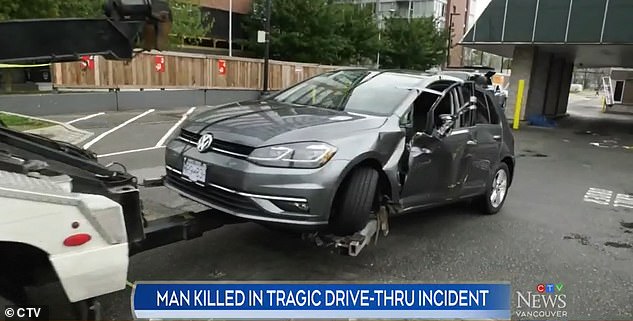 Eyles was described by loved ones as ‘an amazing husband, father, friend and coworker,’ on a GoFundMe page created to raise money for his family.

He was ‘the kind of guy who would give you the shirt off his back,’ Eyles’ brother-in-law Neal Pender said, speaking to a CTV . 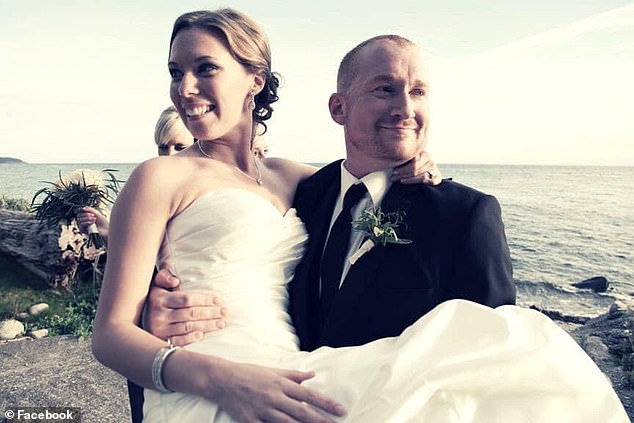 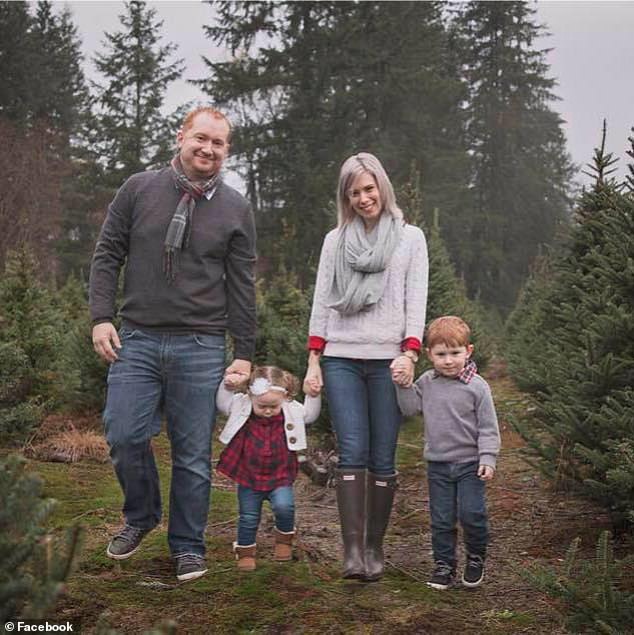 A family man who ‘did everything to please everybody else,’ Eyles was hailed as ‘the perfect dad, the perfect husband,’ by his brother-in-law in separate interview with CityNews.

‘Everything he did, he did for them. He did a fantastic job raising those kids with my sister.’

But Pender then lamented the fact that his sister’s children will now grow up without a father.

‘They have made some comments about how much they are already missing their dad. His son said to me yesterday, “I only got to know my dad for eight years, it’s not long enough.”‘

He added: ‘My sister is struggling, of course.’

In the week following the unforeseen tragedy, more than $110,000 has been raised for his family in two separate fundraisers. 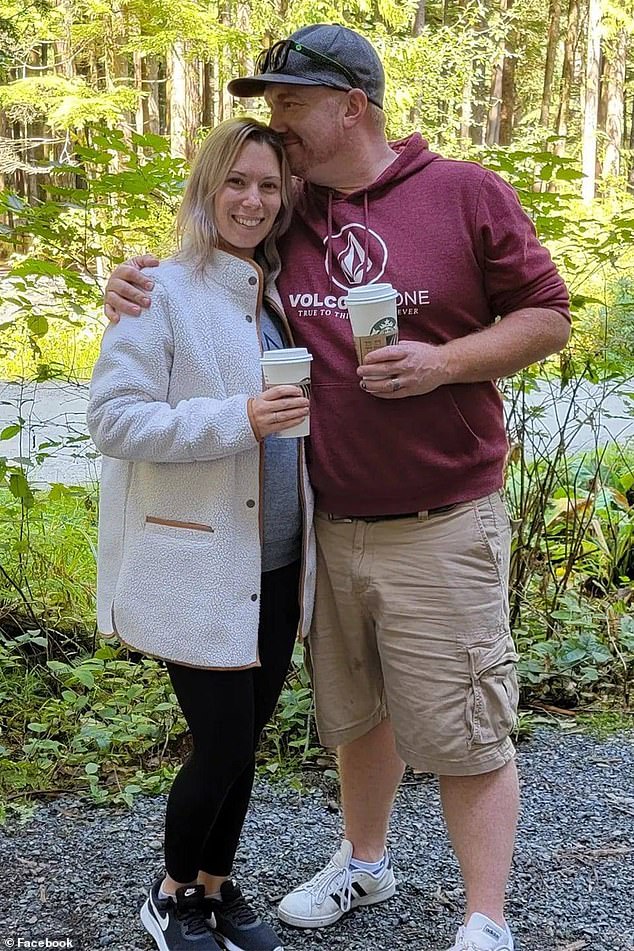 Eyles’ wife, Caitlin, is said to be ‘struggling’ after his husband’s sudden passing last week

The incident occurred just off of a busy intersection, of Main Street and Terminal Avenue, and was captured by surveillance footage from the restaurant.

Vancouver Fire Rescue Services and Vancouver Police were called to the scene almost immediately – and despite medical responders best efforts, Eyles was declared dead at the scene. 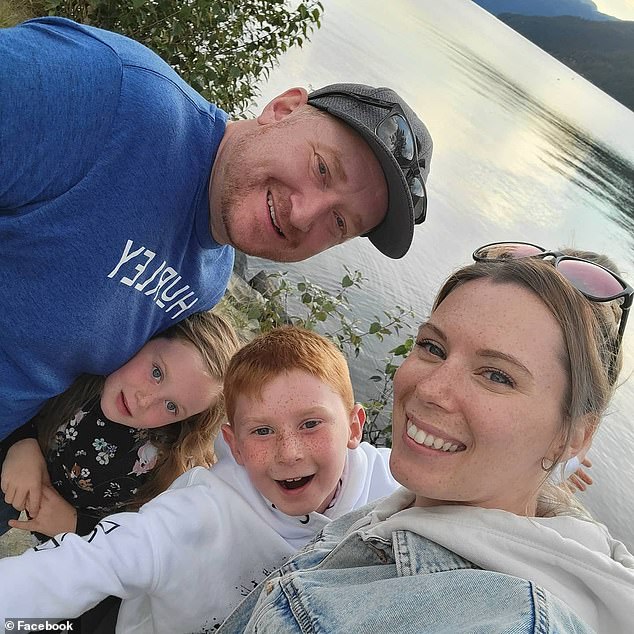 In the week following the unforeseen tragedy, Eyles’ family have raised more than $110,000 with two separate fundraisers

‘This is an absolutely heartbreaking scenario. Our deepest condolences go out to the family and friends of this man,’ said Constable Tania Visintin of the Vancouver Police Department.

‘People aren’t used to seeing this type of incident happen, especially at your workplace. I would assume everyone is shaken up,’

‘Usually when we hear about a fatal motor vehicle accident it is usually, typically a crash with another vehicle.’

‘So the fact that no other vehicle was involved… this seems like a freak accident,’ Visintin told 680 News.

An investigation is being conducted by the British Columbia Coroners Service and the Collision Investigation Unit of the Vancouver Police Department, who called Eyles’ death a ‘tragedy.’