The first pictures have emerged of the glamorous Sydney psychologist said to have seduced a suicidal teenage boy in more than 240 emoji-laden text messages.

Mum of three Jo Wise, 40, was struck off for five years on Tuesday after a tribunal found her conduct had been ‘reprehensible, improper and unethical’.

The boy had been referred to her counselling service on Sydney’s North Shore after four of his friends had died suddenly, pushing him into despair and self-harming.

But within a few months, the counselling session were said to have crossed the line of professionalism, starting with cuddling and hugs before it developed into more, the boy claims. 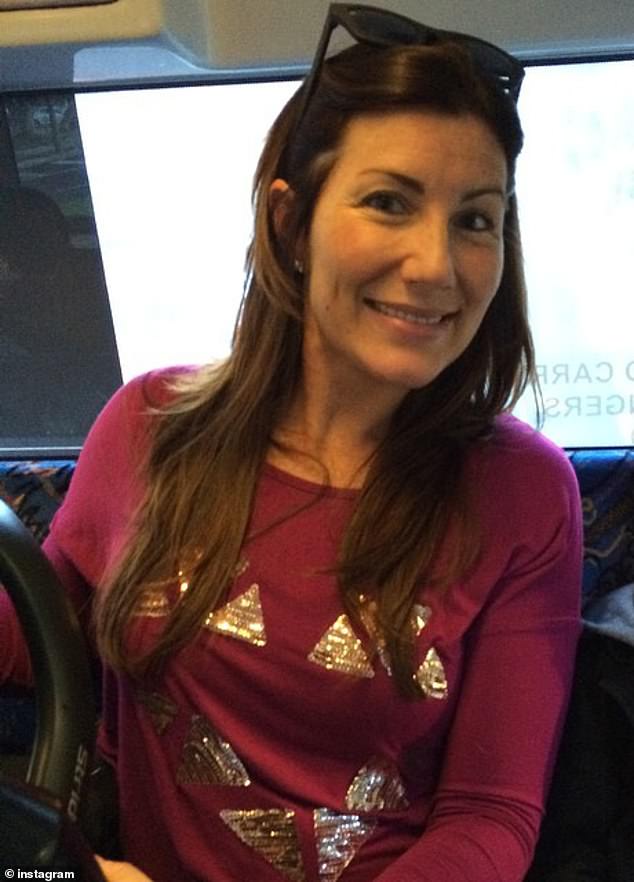 The teenager told the tribunal US-born Jo Wise (pictured) was holding one counselling session in his bedroom when things suddenly escalated, and she began rubbing her leg against his

The teenager told the tribunal US-born Ms Wise was holding one counselling session in his bedroom when things suddenly escalated and she began rubbing her leg against his.

He said Ms Wise became ‘more and more touchy, holding his hand and putting it against her cheek’ before he playfully pushed her and she suddenly ‘jumped on top of me.’

He said she straddled him with her knees either side of him and she ‘was trying to pin my hands down,’ said the boy.

The married psychologist was then said to have ‘let me know that her husband had a 24 hour shift the next day and that I was welcome to go to hers for a free session’. 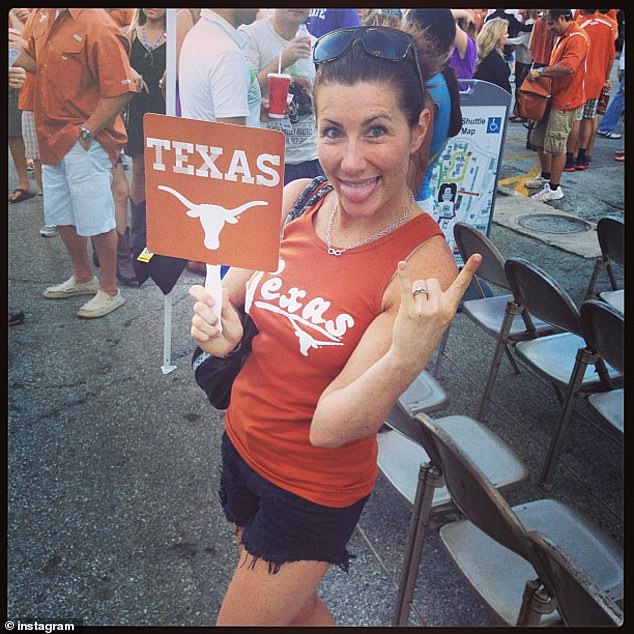 Mum of three Jo Wise, 40, (pictured) was struck off for five years on Tuesday after a tribunal found her conduct had been ‘reprehensible, improper and unethical’

After she left, Ms Wise texted the boy to say she was missing him already, asked him he wanted to come over to her home the following night and sent the address.

The next day she texted the teen to say she was concerned at how close they had become, then later texted him again to say she wanted to see him that night.

‘[The teenager] had consumed about six or seven beers at the party before his arrival,’ said the tribunal report.

‘He asserts [Ms Wise] had been drinking and offered him a beer which he refused. 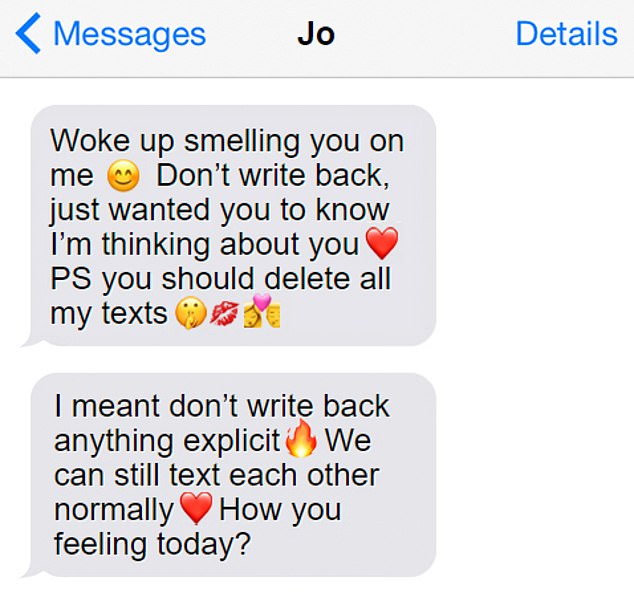 The tribunal said Ms Wise engaged in frequent text messaging, seen here, with the teenager which was ‘both improper and unethical’

The following day, Ms Wise texted the teen: ‘I’m sooo sore this morning!! Woke up smelling you on me (smiley emoji) Don’t write back, just wanted you to know I’m thinking about you (heart emoji) PS you should delete all my texts (three emojis)’

She added: ‘I meant don’t write back anything explicit (emoji) We can still text each other normally (heart emoji) How you feeling today?’

She later told him: ‘I know you are a boy and all you think about is sex but I was hoping for a little more’.

The teenager told the tribunal the message ‘made it 10 times worse for me’. 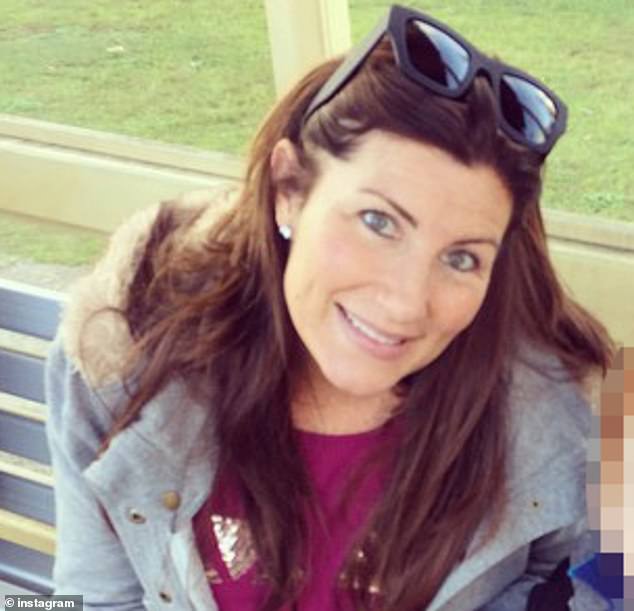 The teenager’s mother said her son’s condition had not improved after a series of counselling sessions and she took him to a psychiatrist soon afterwards.

The following month, Ms Wise was said to have turned up at the teen’s home but the boy refused to see her until his mother told him he was being rude. The pair spoke in the garden gazebo for 30 minutes.

A few days later, she is said to have a left an 18th birthday present for the boy at his home.

Two weeks after that she texted him again: ‘I seriously need help – are you out?’

Two months later the boy began to self-harm again, burning himself with cigarettes, before was rushed to hospital as a suicide risk.

‘His burns were dressed at the hospital and he was discharged and collected by his father,’ said the tribunal.

The hospital notes record: ‘Previously seeing a psychologist – things became weird, trust issues with anyone since’. 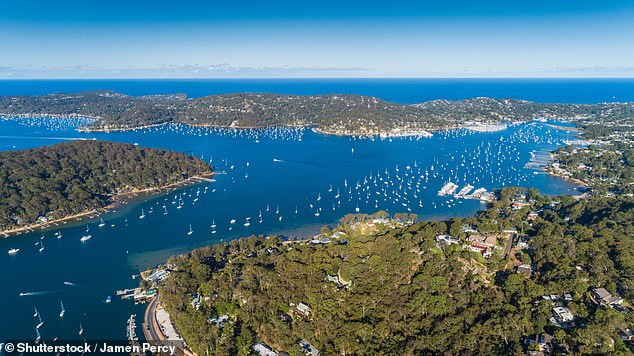 Jo Wise, 40, has been struck off for five years after a tribunal was told she had sex with a 17 year old at her Northern Beaches home while her husband was away. (Pictured, an aerial image of Sydney’s Northern Beaches ) 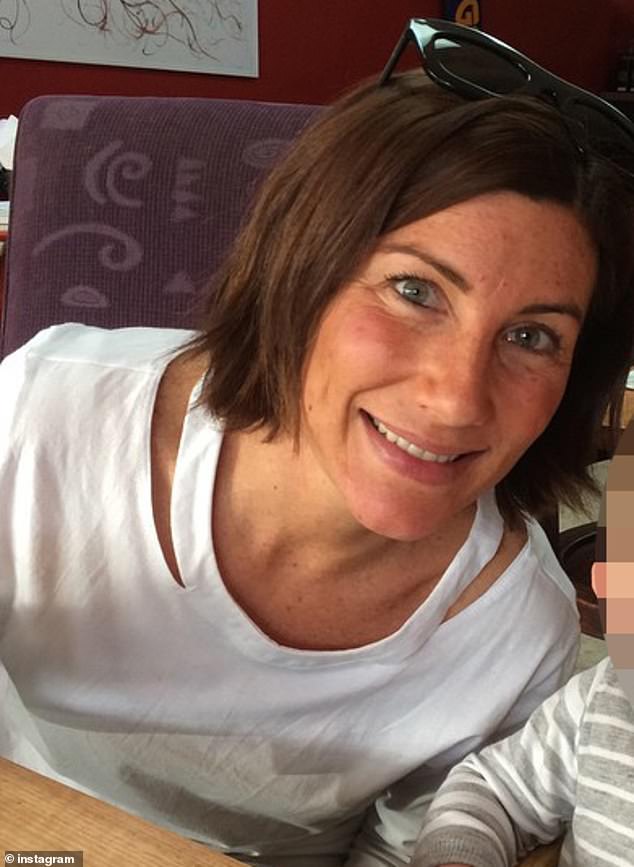 The notes added: ‘Bad experience with previous female psychologist who made advances on him.’

Deregistering Ms Wise, the NSW Civil and Administrative Tribunal tribunal found Ms Wise’s conduct had to be ‘condemned in the strongest terms.’

It added: ‘Rather than assisting [the teenager], her conduct has likely had a detrimental effect on his already fragile state.’

On Tuesday, Ms Wise – who studied for her Bachelor of Arts-Psychology degree at Texas State University in 2001 – admitted to Daily Mail Australia that she had frequently crossed the line in therapist-client relationships.

‘I haven’t had the boundaries I needed for my clients,’ she confessed to Daily Mail Australia. ‘I should never have been a psychologist.

‘I treated my clients like family and friends. I realised it wasn’t professional like most psychologists would be, I suppose.

‘I thought that was why I was such an effective clinician – but it was not. I had no business being a psychologist. I am so unwell myself.’

Ms Wise, from Bilgola Plateau in Sydney’s Northern Beaches, admitted the boundary issues had created the ‘grey areas’ which had led to the allegations against her. 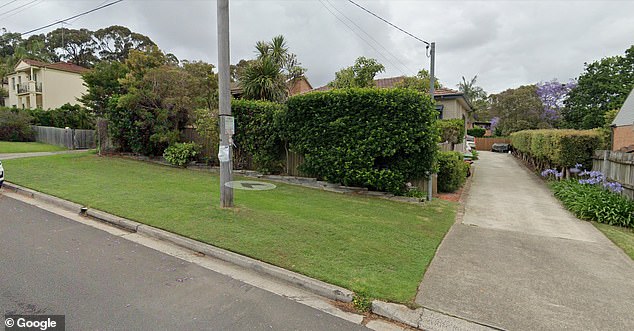 ‘Absolutely,’ she said. ‘Absolutely. I was not as professional as I should have been with all my clients.’

Ms Wise did not deny sending texts to the boy and admitted: ‘I don’t think you even can fake text messages, but it’s all been taken massively out of context.’

But she insisted there was no physical relationship with the teenager.

‘I’m married with three kids. What am I going to do?’

Ms Wise had opted not to appear at the tribunal because of her own mental health issues.

In an email to the tribunal she insisted: ‘I am not a predator and have spent my whole career fighting against predators and trying to repair the damage done by them.’

Ms Wise deregistered herself as a psychologist last November and now works in customer service.

She told Daily Mail: ‘I gave up my registration because I understood that I haven’t had the boundaries that I needed for my clients.’

The mother of three children, aged 4, 7 and 9, admits her life has been devastated by the case and has vowed never to return to counselling services.

She added: ‘I’ve definitely moved away from the health professions. I’ve got to take care of my babies.’

THE DAMING TEXTS FROM PSYCHOLOGIST TO TEENAGER

The tribunal revealed details of some of the intimate moments and texts, often dotted with heart emojis, sent between the psychologist and the teenage boy.

October 3, 2018: ‘You are always welcome in my house’, Ms Wise texted the teenager

October 7: She sent him a text message saying she was working at a Northern Beaches location on Mondays and Tuesdays and asked him if he got a lunch break so they could do ‘lunch together’.

October 11: She sent him a photo of her infant child’s head referring to the child having a ‘mullet’ hairstyle. The teenager had earlier exchanged emails with Ms Wise, including a photograph of his hair with a mullet cut.

October 12: Ms Wise was at the teen’s home and asked to see his duck collection which he kept in his bedroom. The teenager said Ms Wise sat on his bed, with her leg touching his leg. He said she was ‘getting more and more touchy, holding his hand and putting it against her cheek’. He says when he was stretched out on the bed he pushed her playfully and she ‘jumped on top of me and was like trying to pin my hands down’. He described Ms Wise as having a knee either side of his body. The teen said that while in his bedroom, Ms Wise ‘let me know that her husband had a 24 hour shift the next day and that I was welcome to go to hers for a free session’. The teenager said he was confused by her behaviour given she was his psychologist.

12 October: ‘Miss you already… want to come to mine before or after 18th pre’s tomorrow’, Ms Wise messaged the boy. She said he could get an Uber to her house and provided him with her address.

October 13: Ms Wise texted stating she was worried how close they were getting. At 7.51pm she texted the teen while he was at a party: ‘I wish I could see you tonight’. He replied that he would be there at 9pm. Ms Wise responded ‘all good need to leave by 11ish’. The teen went to her home after drinking about six or seven beers at the party before his arrival. He claimed Ms Wise had been drinking and offered him a beer which he refused. He said she undressed him, then herself and they engaged in sexual intercourse before Ms Wise then performed oral sex on him.

October 14: ‘I’m sooo sore this morning!! Woke up smelling you on me (smiley emoji) Don’t write back, just wanted you to know I’m thinking about you (heart emoji) PS you should delete all my texts (three emojis) I meant don’t write back anything explicit (emoji) We can still text each other normally (heart emoji) How you feeling today?’, Ms Wise texted the teenager 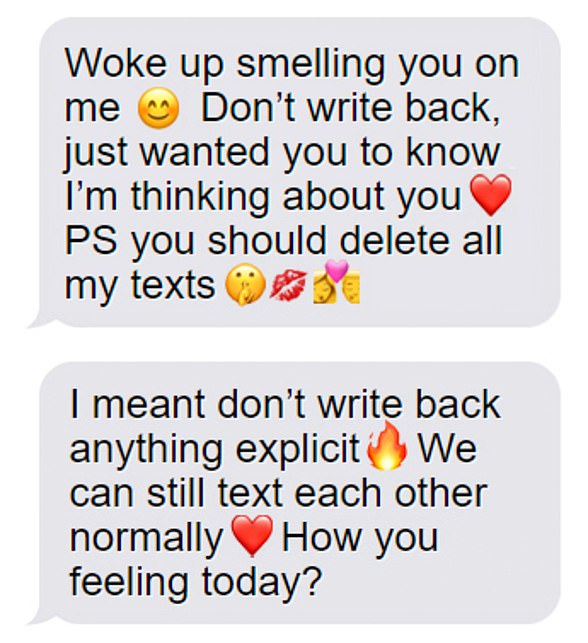 November 19: Ms Wise attended at the teenager’s home. He initially refused to see her, but after his mother told him not to be rude, he spoke to Ms Wise for approximately 30 minutes in the garden gazebo at the family home.

November 23: Ms Wise attended the teenager’s home and left a birthday present for him for his 18th birthday.

December 7: Ms Wise sent him a text which read ‘[Teenager’s name] I seriously need help are you out? Very f***ed at [redacted]’.

February 6, 2020: The teenager was admitted to the emergency department of Northern Beaches Hospital with ‘suicidal ideation having self harmed by inflicting a number of cigarette burns to his arms the previous week.’