Husband, 61, who fled UK after his wife was strangled to death in 2001 appears in court charged with her murder following his extradition from Pakistan

A husband who fled Britain after his wife was strangled to death 20 years ago appeared in court today charged with her murder. 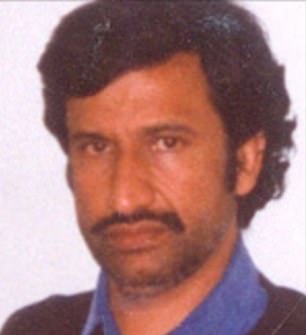 Zafar Iqbal (pictured above), 61, was extradited to the UK after he was accused of killing mother-of-four Naziat Khan in Streatham, south London, two decades ago

Zafar Iqbal, 61, is accused of killing mother-of-four Naziat Khan, 38, at the family home in Streatham, south London, more than 20 years ago.

Iqbal was extradited from Pakistan earlier this week following a lengthy legal battle.

It is one of the first times a defendant accused of committing crimes in the UK has been extradited from Pakistan following renewed communication between the two countries.

Iqbal, of no fixed address, appeared at Croydon Magistrates Court via video link from Heathrow Police Station wearing a suit, tie and a medical face mask.

Chair of the Magistrates Edward Gold remanded Iqbal in custody before a hearing at the Old Bailey later this week.

He told Iqbal: ‘You are being sent for trial at the Central Criminal Court for the offence of murder.

‘You will attend there this coming Friday where you will have the opportunity to make the application for bail.

‘Then you will attend again on October 13 for a plea and trial preparation hearing. Until September 17, you will be remanded in custody.’ 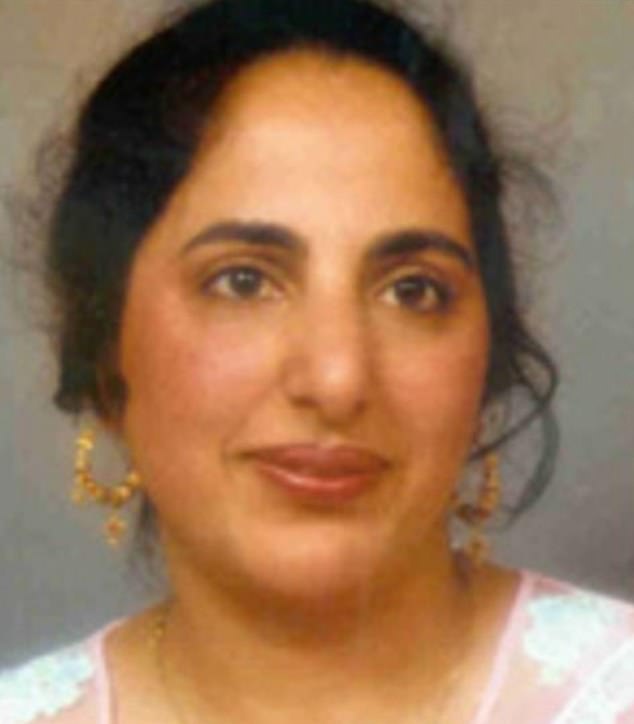 Iqbal spoke through an interpreter to confirm his name, age, and to ask a question after the magistrate had finished his ruling.

He asked: ‘Does that mean I will be sent to prison now?’

The case has moved forward as Pakistan and the UK, which have never had an extradition treaty, decided on new agreements to tackle international fugitives in June this year.

Pakistan’s Interior Minister Sheikh Rasheed and UK’s Minister of State for South Asia and the Commonwealth Lord Tariq Ahmad, agreed to ‘strengthen coordination’ and ‘to improve the ability of the law enforcement and criminal justice systems in both the countries’.

The two ministers ‘stressed to work together and support each other in their joint efforts in tackling transnational crimes’, an official statement said. 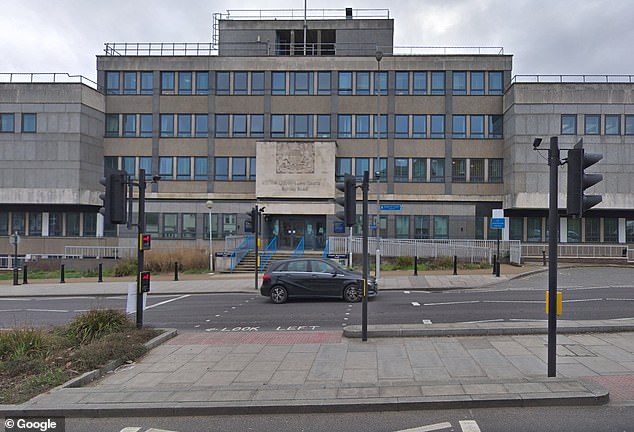 Iqbal appeared at Croydon Magistrates Court, above, via video link wearing a suit, tie and a medical face mask

A Metropolitan Police spokesman said: ‘A man who was extradited from Pakistan has been charged in connection with the murder of Naziat Khan in Streatham in August 2001.

‘Zafar Iqbal, 61, was extradited from Pakistan on Tuesday. After arriving in the UK he was taken to a west London police station where he was later charged with murder.

‘Naziat’s family have been kept informed of developments throughout and continue to be supported by specialist officers.’

He added: ‘The extradition was the result of collaborative work between the Met, the Crown Prosecution Service, the Foreign, Commonwealth and Development Office and the National Crime Agency.’