The Duchess of Cambridge arrived by helicopter at RAF Brize Norton this afternoon to meet military personnel and civilians who helped evacuate Afghans from their country last month.

Kate will chat to those who took part in Operation Pitting, which saw more than 15,000 people airlifted out of Kabul, including thousands of Arap (Afghan Relocations and Assistance Policy) applicants and their dependents.

More than 850 people arrived at the RAF base in Oxfordshire and were provided practical support such as food, clothing, children’s toys and medical help while their details were processed.

During her visit, the Duchess will meet RAF aircrews and medics who supported evacuees at Kabul Airport and civilians and volunteers who established a repatriation centre at RAF Brize Norton.

Kate arrived in the G-XXEB (The Queen’s Helicopter Flight) Sikorsky S-76 helicopter at about 2.15pm today. 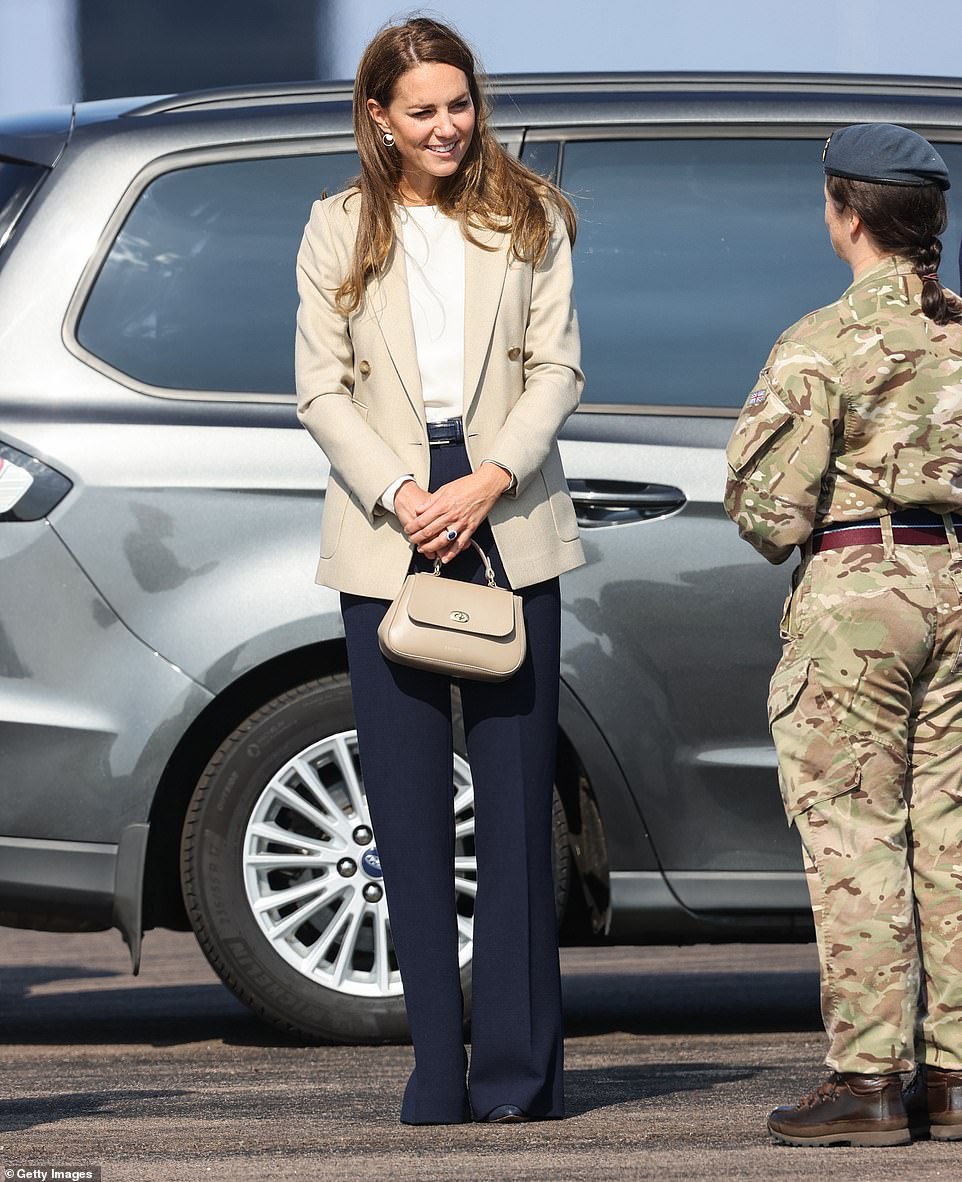 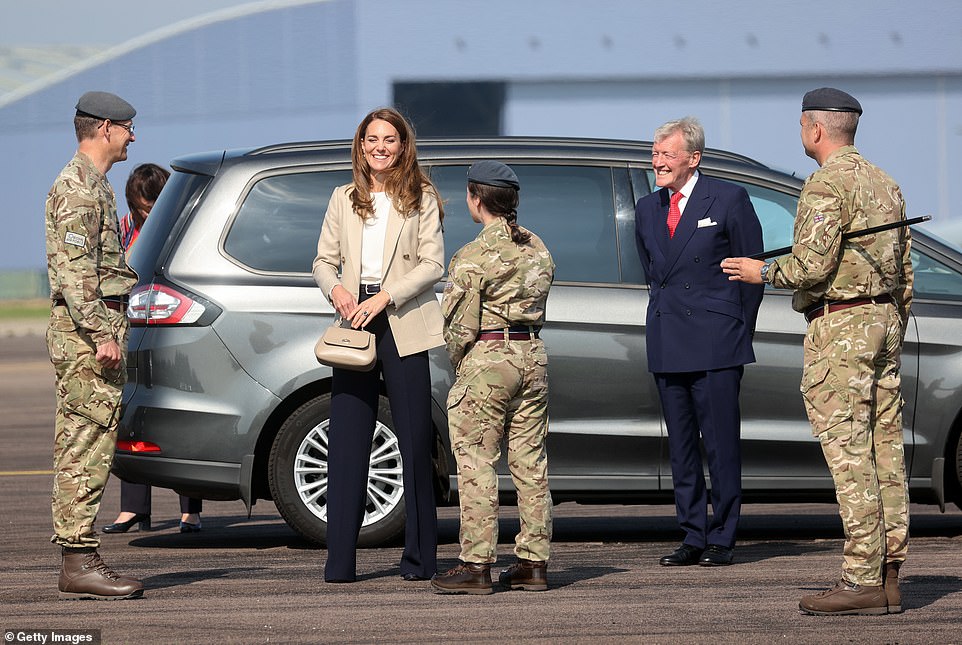 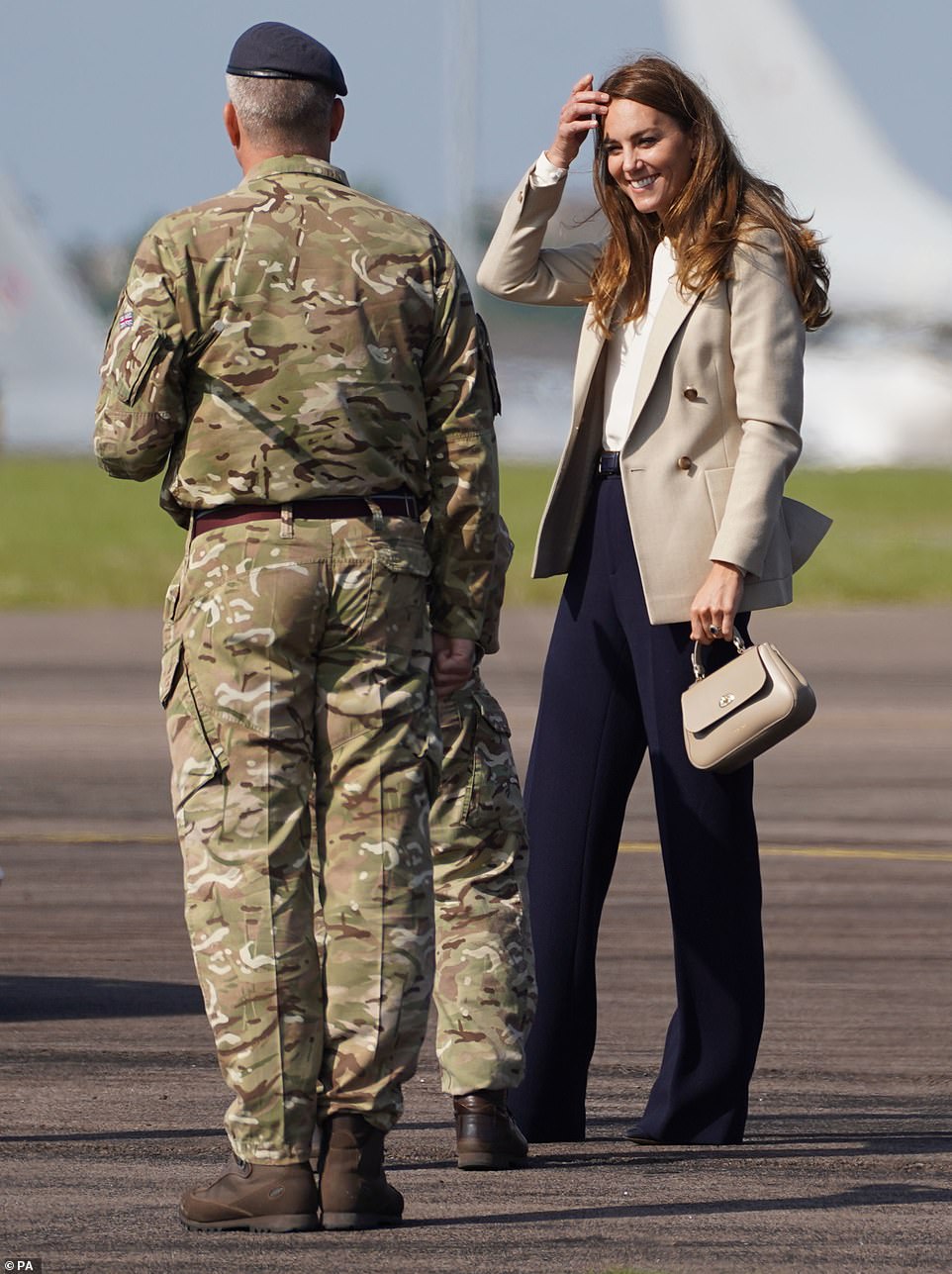 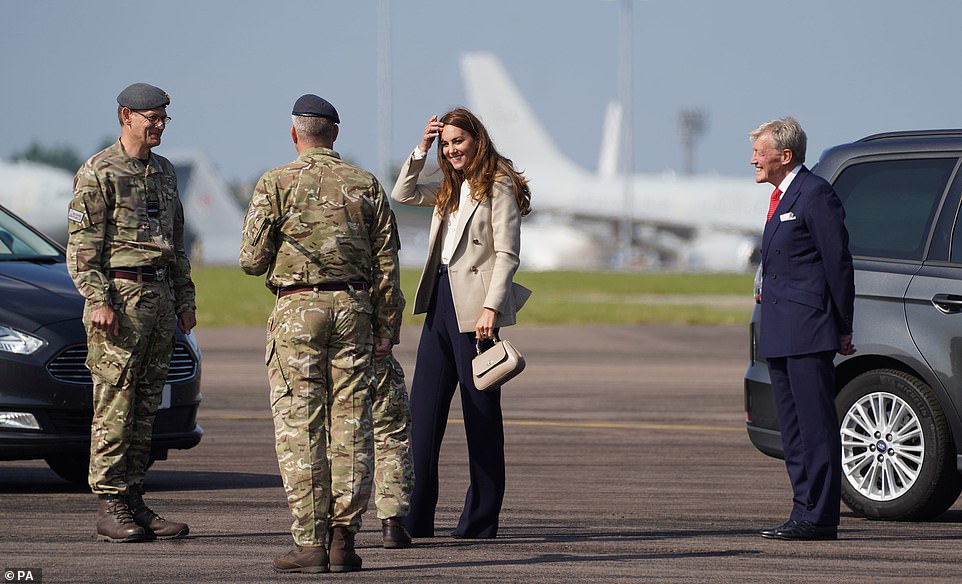 Operation Pitting involved every unit at the military base, with personnel working alongside the Royal Navy, Army, local authorities and aid organisations in Afghanistan and the UK.

Brize Norton’s full fleet of RAF transport aircraft flew around the clock to support the evacuation, including a record flight for an RAF C17 Globemaster which carried 439 passengers out of Kabul.

Aircraft involved in the operation also carried supplies ranging from clothing and baby food for the evacuees.

Earlier this week the Government confirmed people who are considered most at risk under the Taliban will be able to resettle permanently in the UK, as Ministers outlined Afghan funding support.

Indefinite leave to remain will be granted to those Afghans who worked with the British government and military – under a scheme known as the Afghan Relocations and Assistance Policy (Arap).

But Home Office minister Victoria Atkins also confirmed up to 20,000 refugees expected to arrive under the Afghan citizens’ resettlement scheme (ACRS) will also have the same ‘certainty of status’. 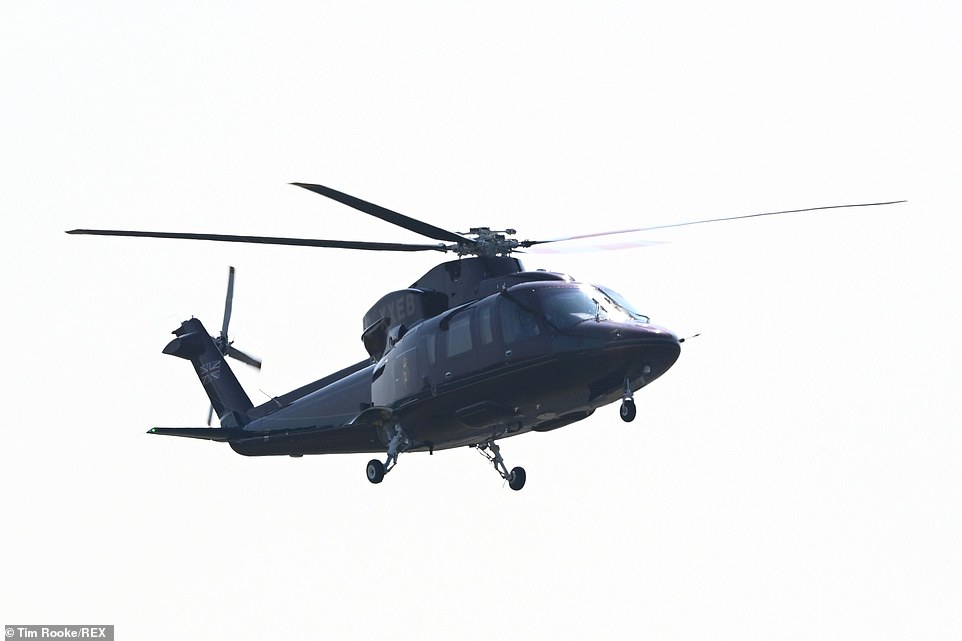 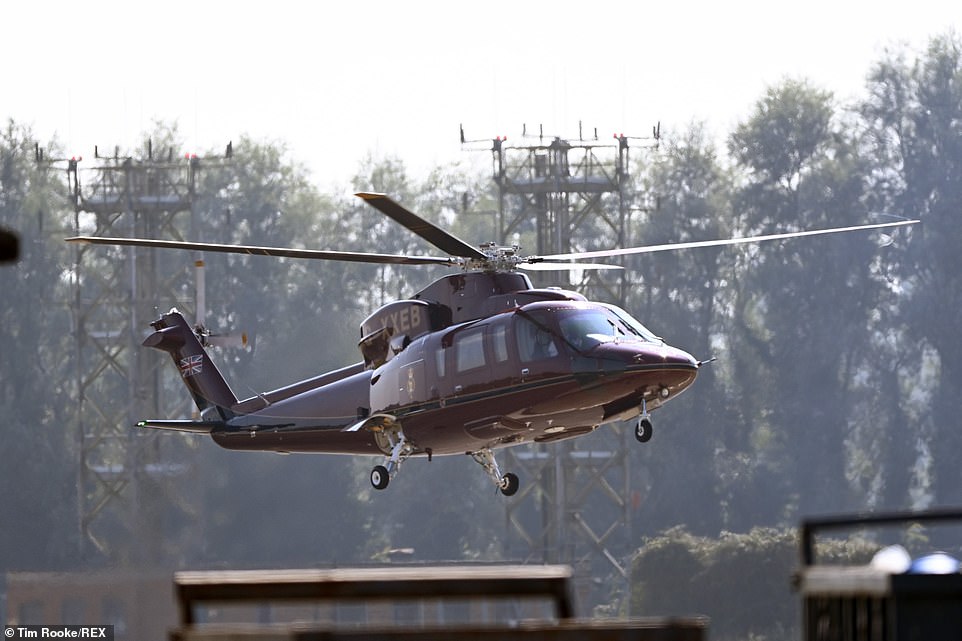 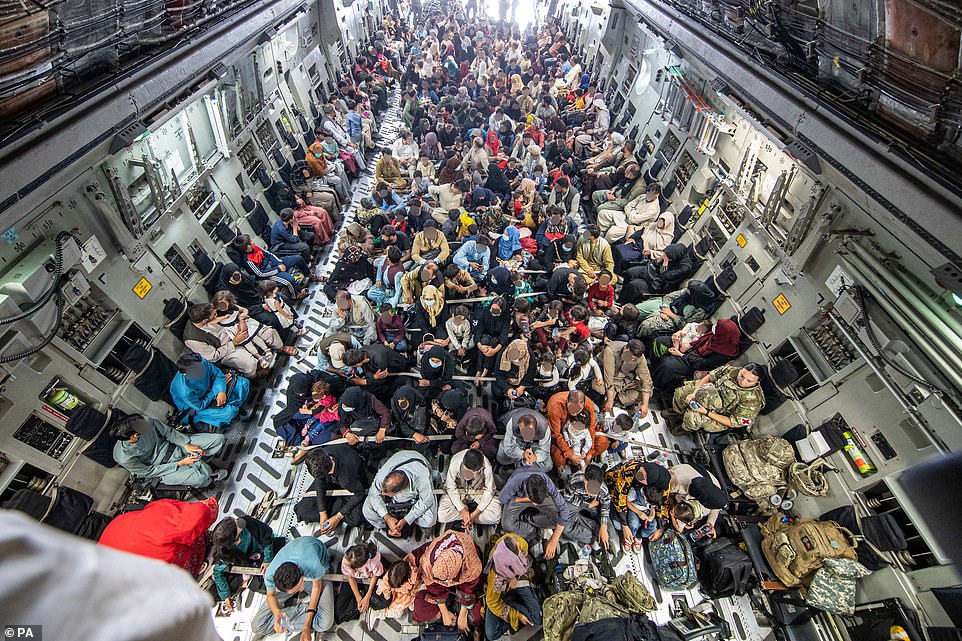 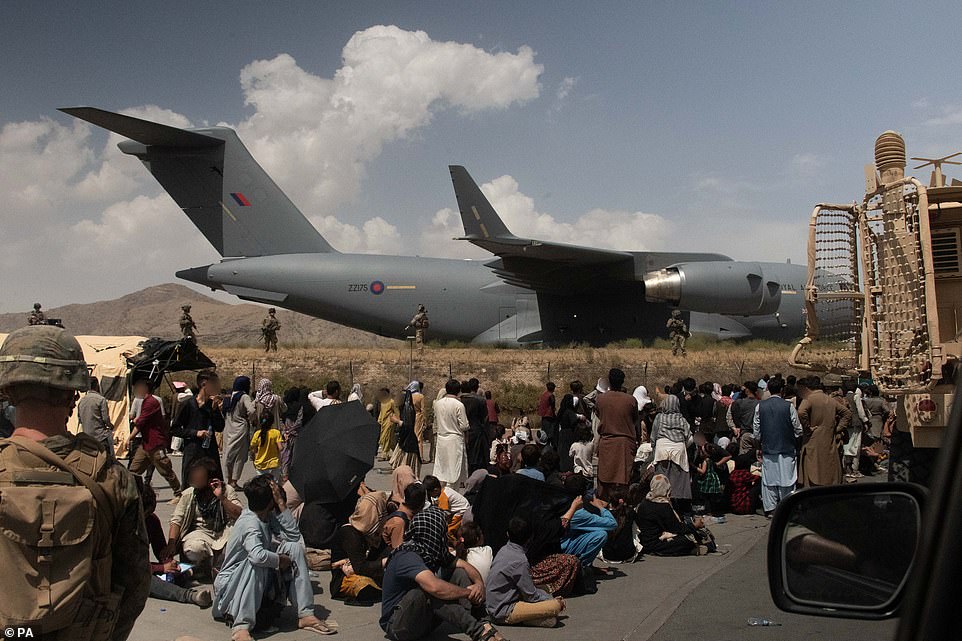 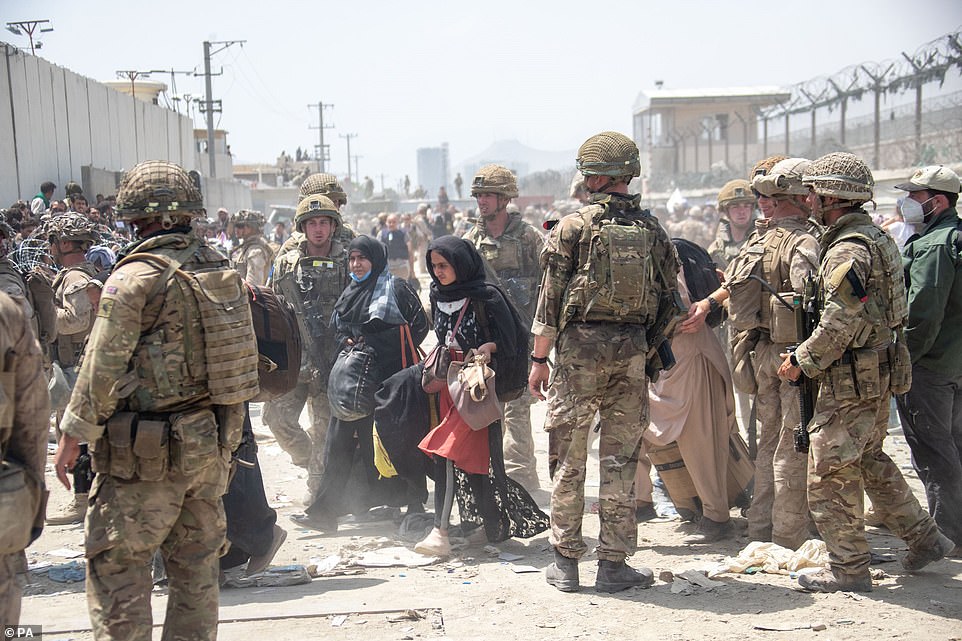 Both groups will have the option to apply for British citizenship after five years. Local authorities will receive £20,000 per person to provide support to resettled Afghans under ‘Operation Warm Welcome’.

Boris Johnson insisted earlier this month that it had been ‘clear for many months’ that the Taliban could seize power quickly in Afghanistan – just hours after Dominic Raab suggested the opposite.

The Foreign Secretary had told reporters that no one in Government could have predicted the speed of the Taliban’s victory, adding that the intelligence claimed Kabul would not fall in August.

But the Prime Ministers’ words appeared to support the position of Defence Secretary Ben Wallace, who said in an interview that he knew ‘the game was up’ in Afghanistan in July – a month before Kabul fell.