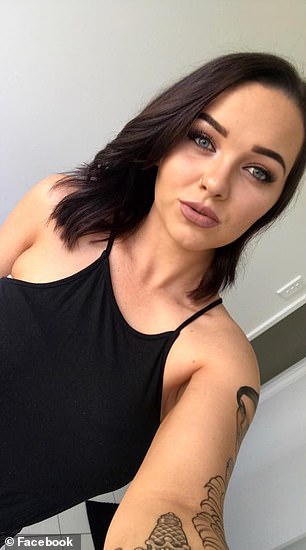 Kaitlin Jones, 23, remains in a serious but stable condition after a teenage boy allegedly attacked her while she was sunbaking on Blacks Beach near Mackay, on Queensland ‘s mid-north coast, on Monday

A young woman has spoken from her hospital bed after she was stabbed in her head, chest and neck while sunbaking on a quiet beach.

Kaitlin Jones, 23, remains in a serious but stable condition after a teenage boy allegedly attacked her while she was lying topless on Blacks Beach near Mackay, on Queensland’s mid-north coast, on Monday.

The local hairdresser was bleeding heavily and screaming for help when a nearby construction worker Gavin Odgaard rushed to her rescue.

Ms Jones was then rushed to Mackay Base Hospital and treated for ‘serious lacerations’, before the 16-year-old alleged attacker handed himself in to police.

A close friend of Ms Jones’, Nic Gal, has since set up a GoFundMe page to support the 23-year-old and her fiance Dylan Gorham as she recovers.

Ms Jones commented on the fundraiser on Wednesday saying: ‘Thank you so much Nic, means the world’.

The GoFundMe has so far raised more than $8,000 with close to 100 people donating.

‘This tragic event has left her in a serious but stable condition in hospital and unable to work,’ Mr Gal wrote. 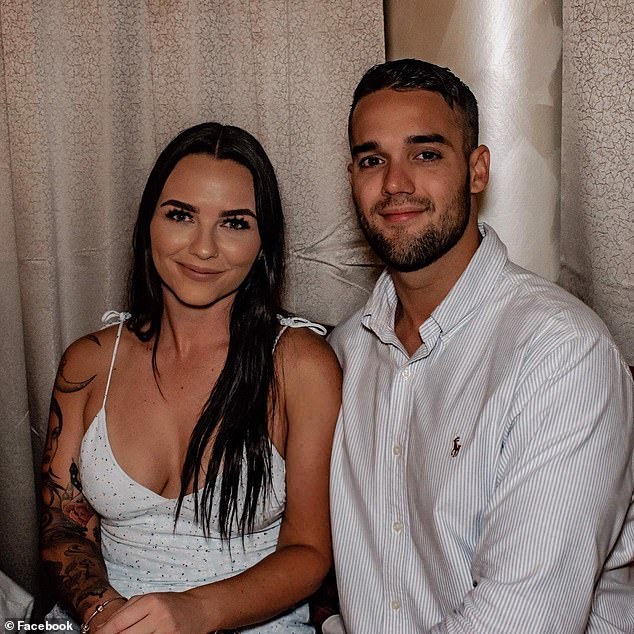 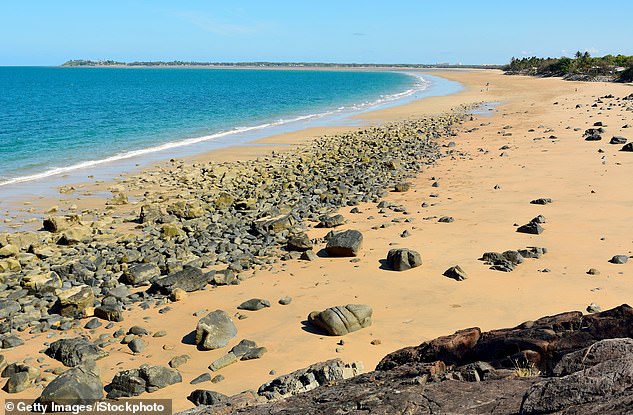 ‘By donating to Kaitlin and Dylan we will be able to make this hard time a little less stressful for them both so they can focus on Kaitlin getting back to 100%.’

Ms Jones who works as a hairdresser spoke to a friend on the phone on Tuesday morning to say she is ‘alive, but tired from all the painkillers’.

‘Still very shaken, but she’s a strong girl – still can’t believe it, really,’ the friend, who did not want to be identified, told Daily Mail Australia.

‘She’s in hospital and okay.’

The friend explained that Ms Jones’ fiance is a FIFO worker and left his job at a mine site early on Tuesday morning to return to her hospital bedside.

‘Her parents would be there too, thank God,’ she added. 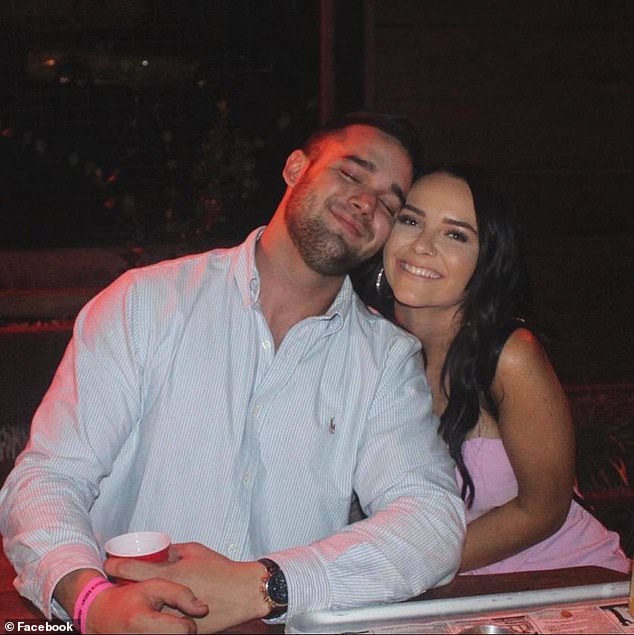 The teenager was charged with acts intended to cause grievous bodily harm and briefly appeared at the Mackay Children’s Court on Tuesday when his case was adjourned for a later date.

Police will allege the attack was unprovoked.

Moments after she was allegedly stabbed, a bloodied Ms Jones crawled to the top of a nearby sand dune where she managed to stand and scream for help.

Her rescuer said if the blade had landed an inch from where it had, the young beachgoer could have died.

Carpenter Mr Odgaard, 58, who’d been working on a nearby building site, heard a commotion and sprinted to her side while workmates called police. 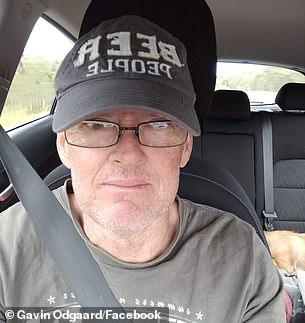 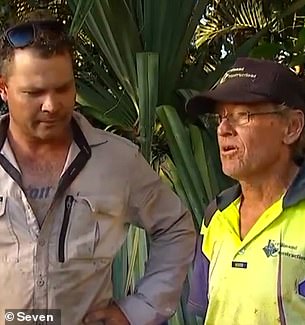 The victim’s screams alerted carpenter Gavin Odgaard, 58, (pictured) working on a nearby building site, who then sprinted to her side while workmates called police

‘She was yelling “Help! Help! I need help!” and the urgency of her voice just spurred me into action,’ he told Daily Mail Australia.

‘She had blood running down the side of her face, down her legs, arms, and she had a blood soaked towel pressed against her chest.

‘It didn’t become apparent just how serious it was until I was within 8-10 meters and I could see all her injuries.’

The dad-of-two is a trained first aider and tended injuries on her face, head, neck, chest and legs to stem the blood flow while they waited for emergency services to arrive.

He said Ms Jones was covered in multiple stab wounds, each about 2cm to 2.5cm wide, but amazingly the knife had bounced off her chest bones, saving her life.

Just a few millimetres deeper or to the side and the savage stab wounds could have been fatal, he said.

Mr Ordgaard said she told him she had spotted someone walking past her on the lonely beach several minutes before the alleged attack. 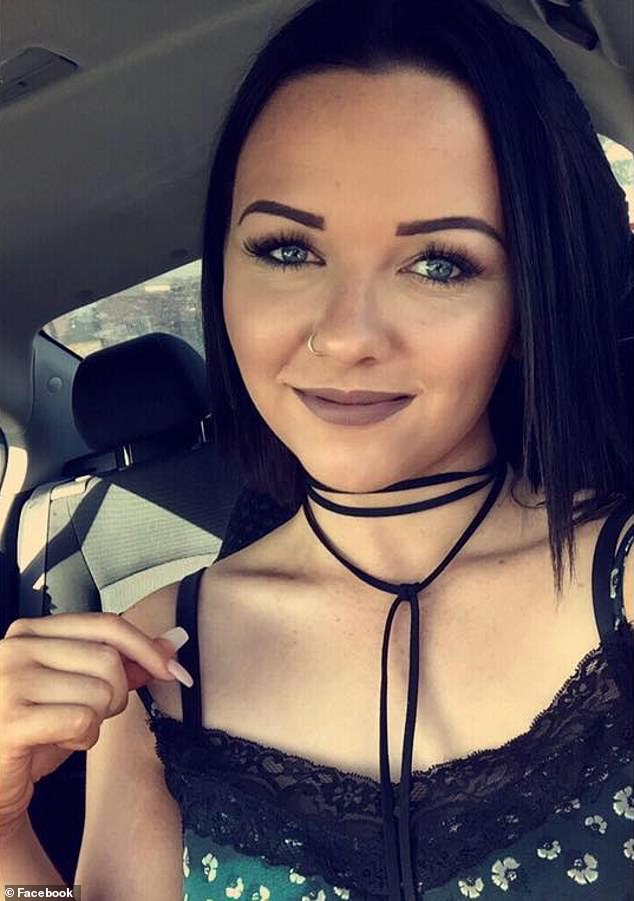 Minutes later she saw a male standing over her.

‘Then she said within five minutes or so later, she found him over her, stabbing her.

‘It was just a random selection of victim. They make that stuff for horror movies – but apparently it happens in real life too.

‘She had been sunbaking topless on her back on the sand, so I don’t know if this has somehow provoked it, but it’s just bizarre.’